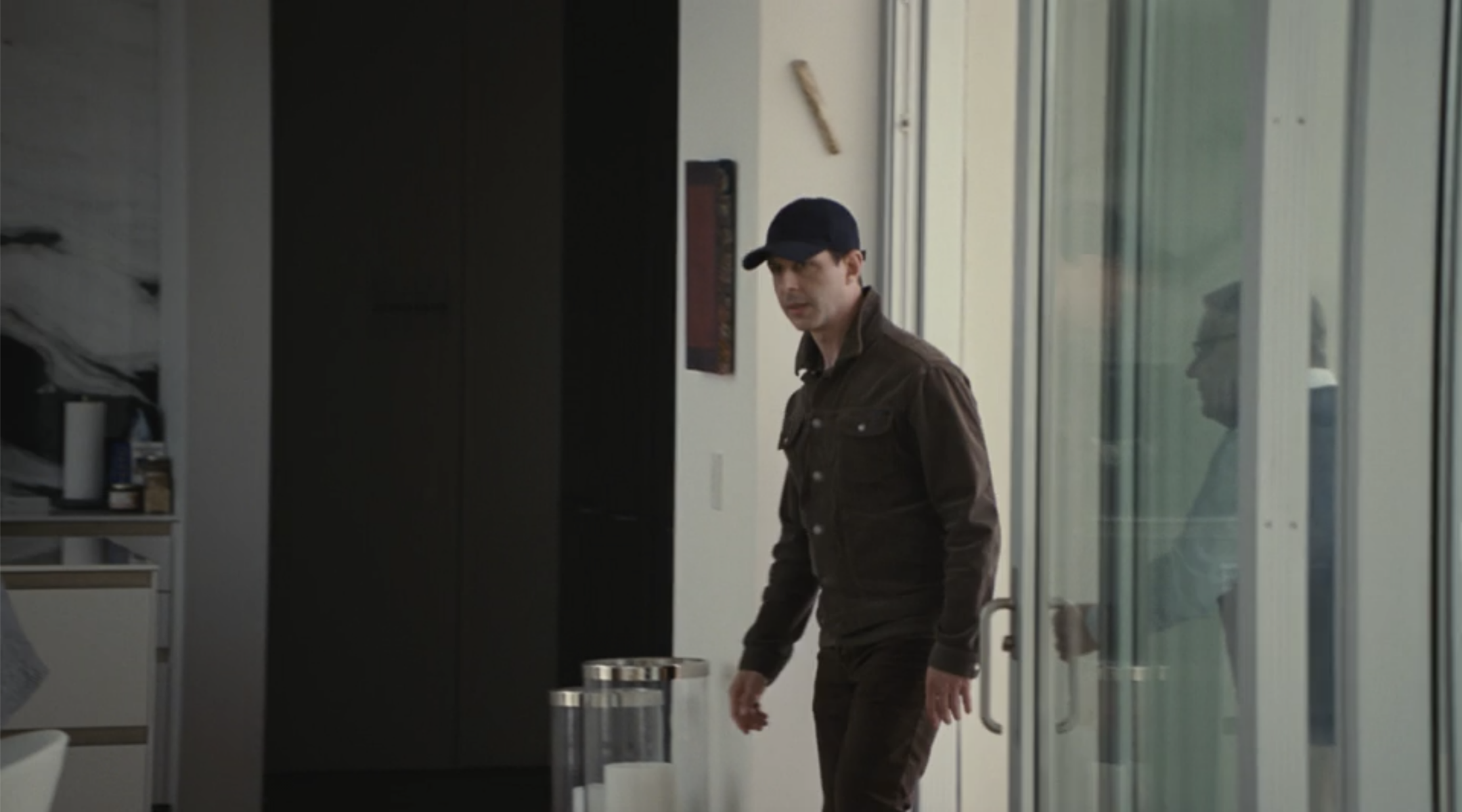 Kendall Roy, one of the scions of the Waystar fortune, enters the home of investor Josh Aaronson on HBO's "Succession," with a mezuzah behind him. (Screenshot)
Advertisement

(New York Jewish Week via JTA) — When Adrien Brody’s character burst onto the scene of HBO’s “Succession” last month, he became instantly iconic among the show’s Jewish fans. That’s thanks to his character’s visible Jewishness as well as the antisemitism he elicited.

Brody’s character, Josh Aaronson, is a beanie-wearing billionaire investor who takes the show’s two main characters, Logan and Kendall Roy, out for a fateful hike on his spacious estate. He is, somehow, the first identifiably Jewish character on the hit show about billionaires in Manhattan, and his country mansion, where he meets the Roys, has a large mezuzah on its doorframe.

Brody has demurred from saying who the character is based upon. However, he shares a few characteristics with the person who actually owned the mansion, which sold this week for a headline-grabbing $45 million.

The buyer of the three-acre Hamptons estate, complete with the 11,000 square-foot house, is unknown. But the seller, like Brody’s character, is a wealthy man who appears to be Jewish: aerospace entrepreneur David Susser. Susser and his wife, Marla, sold the home, located in the hamlet of Wainscott, because they moved to southeast Florida, itself a trend among New York-area Jews.

One difference between Susser and Brody’s character, however, comes down to politics: In the show, Josh Aaronson is a major investor in Waystar Royco, a fictionalized version of Rupert Murdoch’s right-wing media empire. But if Susser is a conservative, he’s kept a lower profile. He does not appear to have made political donations of any kind over the past decade and isn’t publicly affiliated with any political groups, according to a cursory online search.

When it comes to causes close to the Jewish community, the couple donated to the Center for Jewish Life at Duke University during the 2017 fiscal year. In August of this year, Marla Susser served on the event committee for a “Virtual Hamptons Trunk Show,” which raised money for UJA-Federation of New York’s COVID-recovery efforts; she has also served on committees for Jewish National Fund events in New York.

Still, there’s at least one more element of the show that does ring true: The Wall Street Journal’s writeup of the real estate deal includes some photos of the home and, yes, the mezuzah from “Succession” appears to be authentic.