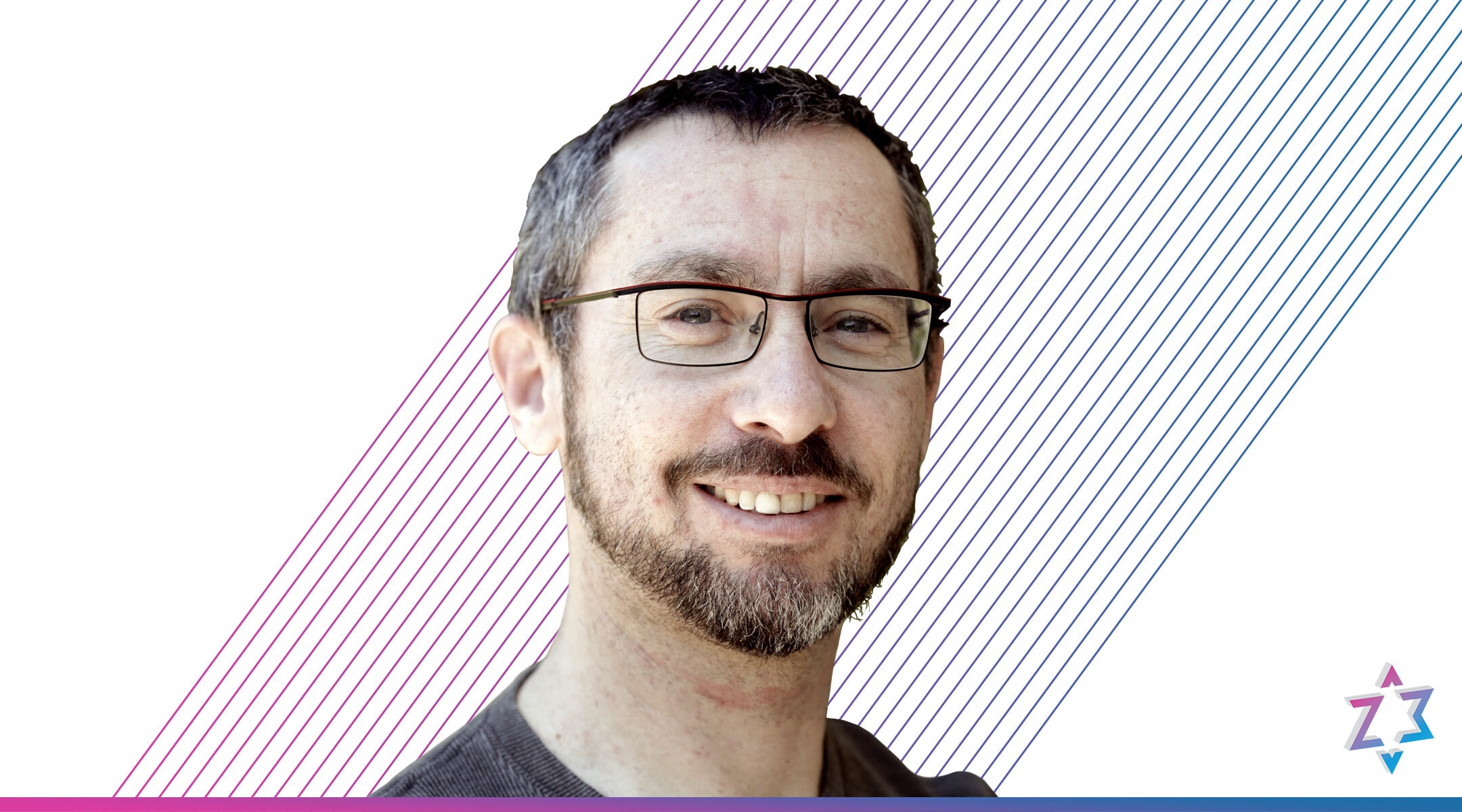 Shmuel Rosner, an Israeli journalist, author, and book editor, has spent his career studying Israeli and American Jewish identity and relations. Rosner, who lives in Tel Aviv, wrote a book called Israeli Judaism along with his colleague Camil Fuchs, which was published in both English and Hebrew and describes the particularities and solidification of Israeli Jewish identity (more on that below). In addition to writing for the New York Times and other outlets and working as the political editor at The Jewish Journal, Rosner serves as a Senior Fellow at the Israeli-based Jewish People Policy Institute, where his research takes the form of data collection and analysis.

In a conversation for the Z3 Project with Bethamie Horowitz and Ari Hoffman, which you can view here, Rosner discusses the differences in attitudes between Israeli Jews and American Jews. In the interview  below, he shares his point of view on American Israeli relations, “effortless Judaism,” and more.

Can you tell us about the perspective that you’re bringing to the Z3 Project and the conversation about Israeli and American Jewish relations?

I present Israeli Judaism as a new breed of Jewish culture, and argue that it is something that needs to be understood within its own context. It’s something unique in Jewish history and unique to this place, to Israel. It has its own characteristics. And I argue that many of the misunderstandings or the challenges that we see in the relations between American Jews and Israeli Jews are because we don’t properly understand each other’s cultures.

Israeli Jews, having been raised to live in a majority culture, do not really understand the psychology and the circumstances in which American Jews have to operate – and vice versa. American Jews don’t understand Israeli challenges and don’t understand Israeli Jewish culture. And that’s why they often seem to misinterpret Israeli outlooks or behaviors or policies. They’re thinking about Israel as if it was some type of American Judaism, just in a different place.

The other thing I bring to the table is a relatively optimistic and patient approach. I think that the situation is not is not that dire. I don’t see a way for either American Jews or Israeli Jews to thrive without having some type of relations between them. And I tend to be somewhat dismissive of the alarmism that I see all around me. I think Israel is doing fine. And I’m not I’m not that scared about the possible abandonment of Israel by American Jews. And I think that one of our common mistakes is to constantly talk about the things that separate us rather than have a sip of wine and talk about things that we find enjoyable.

One thing is I think Israel today is a fairly strong country. I think that whatever happens, we will manage. That’s number one. Number two is because I don’t think American Jews cease to support Israel or that there is a great crisis in the support of Israel. I know that some very vocal people tend to talk about it. But when I meet with Americans, and speak with Americans, I don’t think these concerns are well founded. Number three, I don’t see an alternative. I don’t see what American Jews will do – will they switch and move from supporting Israel to supporting Switzerland? There’s one Jewish state in the world. And I can’t imagine a situation in which caring, involved, thoughtful, Jewish Americans will say “we are going to live our Jewish lives separately from this great endeavor of a Jewish state that is thriving.” I think these are in many ways hollow threats. I think Jewish identity, and some type of relations with Israel, go hand in hand.

Can you describe some features of “Israeli Judaism”?

Israeli Judaism is the majority culture. It’s a culture of people who, naturally and effortlessly, mix their sense of national patriotism and their sense of traditional Judaism.

Israeli Jews take an ancient tradition and mix it with life in a modern state. They do not separate their Jewish psyche and their Israeli psyche; it’s one thing. One of the results of this is what we call in the book “effortless Judaism.” Judaism in Israel is not something that you constantly have to think about. It’s all around you. It’s part of the natural flow of life here. And you encounter it wherever you go. Most people you meet are Jewish. The calendar is Jewish, in many ways. The holidays, the language, the geography – everything that we do here has some Jewish connotation.

On the one hand, it makes us less conscious of the need to invest in our Jewishness. This is an advantage that I see in American Judaism. I spent several years both in Canada and in the United States. And there’s a lot to admire in the way that North American Jews must invest in their Jewishness and must constantly think about it if they want it to be preserved. Israelis don’t have to do that. They can just live their lives, not thinking much about it and still retain a fairly strong sense of Jewish awareness and Jewish practice.

It’s very difficult to find Jews in Israel who have no measure of participation in Jewish life. Everybody lights Hanukkah candles. Everybody goes to a Seder, everybody goes to a family meal on Rosh Hashanah. So Jewish engagement in Israel is very high, much higher than what people assume. People think 50% of Israelis are secular, so maybe [that means] they aren’t engaged with Judaism. But in reality, they are. They call themselves secular for various reasons – they’re not halakhic – but that doesn’t mean they don’t practice Judaism. Most secular Israelis practice Judaism on a higher level than most American Jews.

And for Israelis who are not Jewish – Christians, Muslims, Druze – what does Israeli national identity look like when it’s separate from Jewish identity? Is it possible?

It’s possible but it’s a challenge. It’s especially a challenge in Israel because because we know that the Israeli Arab, or Israeli Palestinian, conflict is still ongoing. It’s not as if there is a fairly small minority here who’s just a minority. This is a minority who belongs to a larger group of people that opposes the establishment of the Jewish state. Many of them still oppose its existence. So on top of having a majority culture and then having to live with a minority, you have the fact that this minority, in some sense, is in opposition to the culture of the state. And this makes things complicated. I do not want to minimize it, but I do want to remind your readers that Israel is a very young state and it’s okay to have a few things that we haven’t resolved. Israeli Judaism creates tools and creates challenges for Israeli Jews. It creates a challenge for our relations with Jewish non-Israelis and for non-Jewish Israelis. We have to be able to manage relations with groups of people who share only part of our culture and our identity, not all of it.

I think they’re successful. I don’t think they fall short. People usually tend to want to see an upside and a downside to everything. I don’t see any downside here. I think it’s great to have young Americans coming to Israel. I think Israel is really a place that Israelis can be proud of. And they can be satisfied in presenting these displays to people who come here to search for family, for culture, for meaning, for identity – for whatever reason people tend to come here. I think these trips are probably one of the best tools that we can employ to achieve such goals.

What does today’s cultural Zionism and cultural Judaism look like?

That’s the beginning of a very long conversation. I’d say this: one of the greatest challenges of Judaism today is to look for ways to be relevant and meaningful for people who aren’t religious. When all people were religious, Judaism had a very specific way of connecting with people and providing them with meaning. Cultural Judaism, for me, is this attempt to make Judaism relevant for non-religious people. And, you know, it’s a great challenge. It’s a fascinating challenge. I don’t think we are there yet. The onus of truth is still on the people who believe that we can create cultural Judaism that is transferable to the next generation. And I’m not sure we are there yet.

But Israel is one of these places in which such an attempt can be successful. Here you can feel deeply Jewish and you can practice a lot of Jewishness without having to go to a synagogue, or without having to be religious in any way. Part of what Israel provides people with is this ability to be immersed in Jewish culture without having to channel it through any outside institution. And when you have such an option, it’s a great first step towards an ability to have Judaism as a culture.