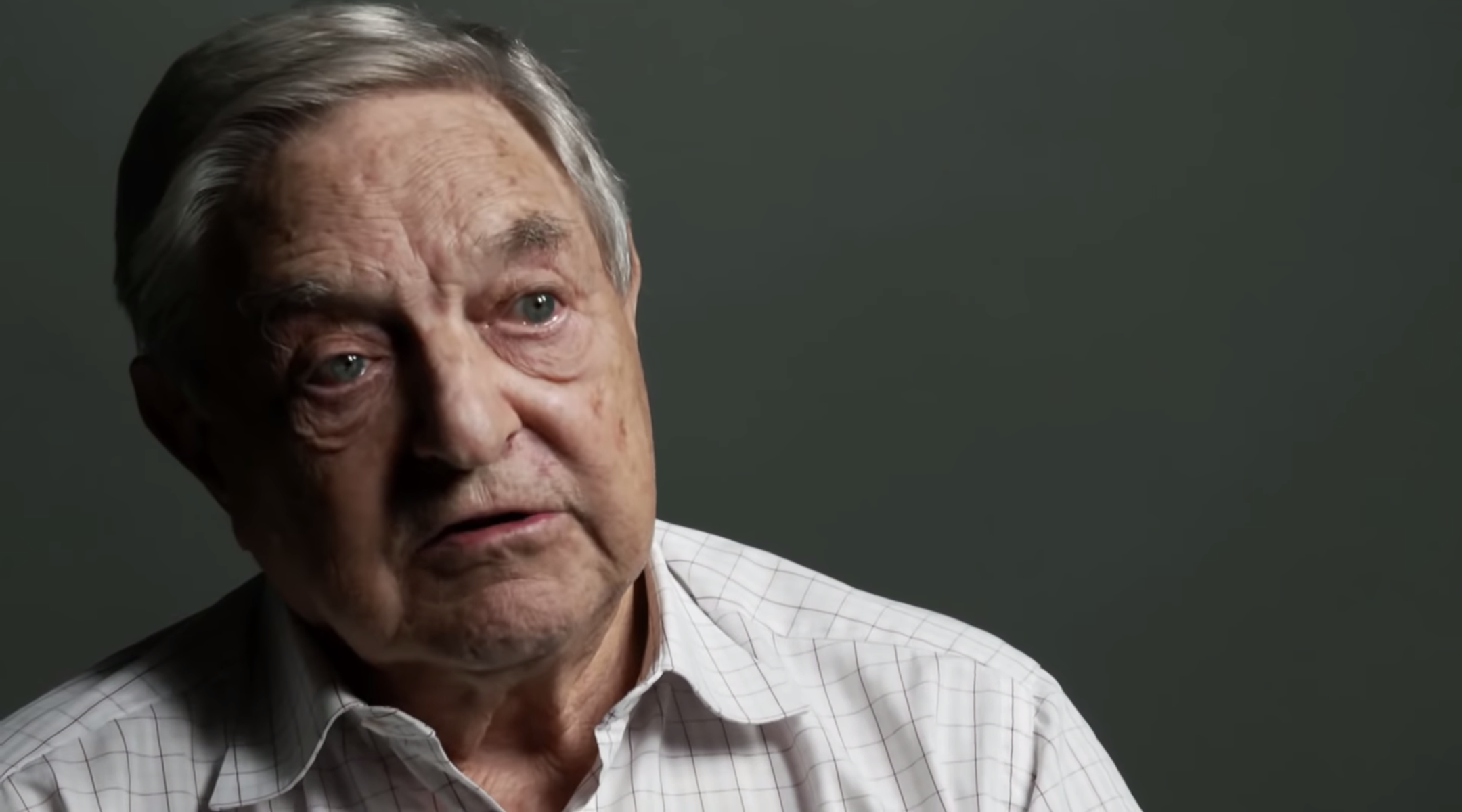 George Soros pictured giving an interview in a trailer for a 2020 documentary about him. (Screenshot)
Advertisement

(JTA) — Fox News removed a cartoon depicting George Soros as a puppet master from social media after the Anti-Defamation League called out the conservative news giant for peddling antisemitic tropes.

“As we have told @FoxNewsnumerous times, casting a Jewish individual as a puppet master who manipulates national events for malign purposes conjures up longstanding antisemitic tropes about Jewish power and contributes to the normalization of antisemitism,” the ADL wrote Wednesday in a tweet. “This needs to be removed.”

As we have told @FoxNews numerous times, casting a Jewish individual as a puppet master who manipulates national events for malign purposes conjures up longstanding antisemitic tropes about Jewish power + contributes to the normalization of antisemitism. This needs to be removed. pic.twitter.com/gyWTrSvNtR

Fox removed the Facebook and Instagram posts that included the cartoon later in the day. An ADL spokesman said the organization was glad to see it gone, but did not know if it happened at their behest. The Jewish Telegraphic Agency did not receive an immediate response to a query to Fox News.

Soros has been the target of antisemitic conspiracy-mongering in recent years.

Frequently a target of right-wing anger, Soros has funded electoral races for progressive prosecutors. A number of these have favored measures including ending cash bail, which progressive argues discriminates against the poor who remain incarcerated because they cannot afford bail money. Conservatives say the practice increases crime.