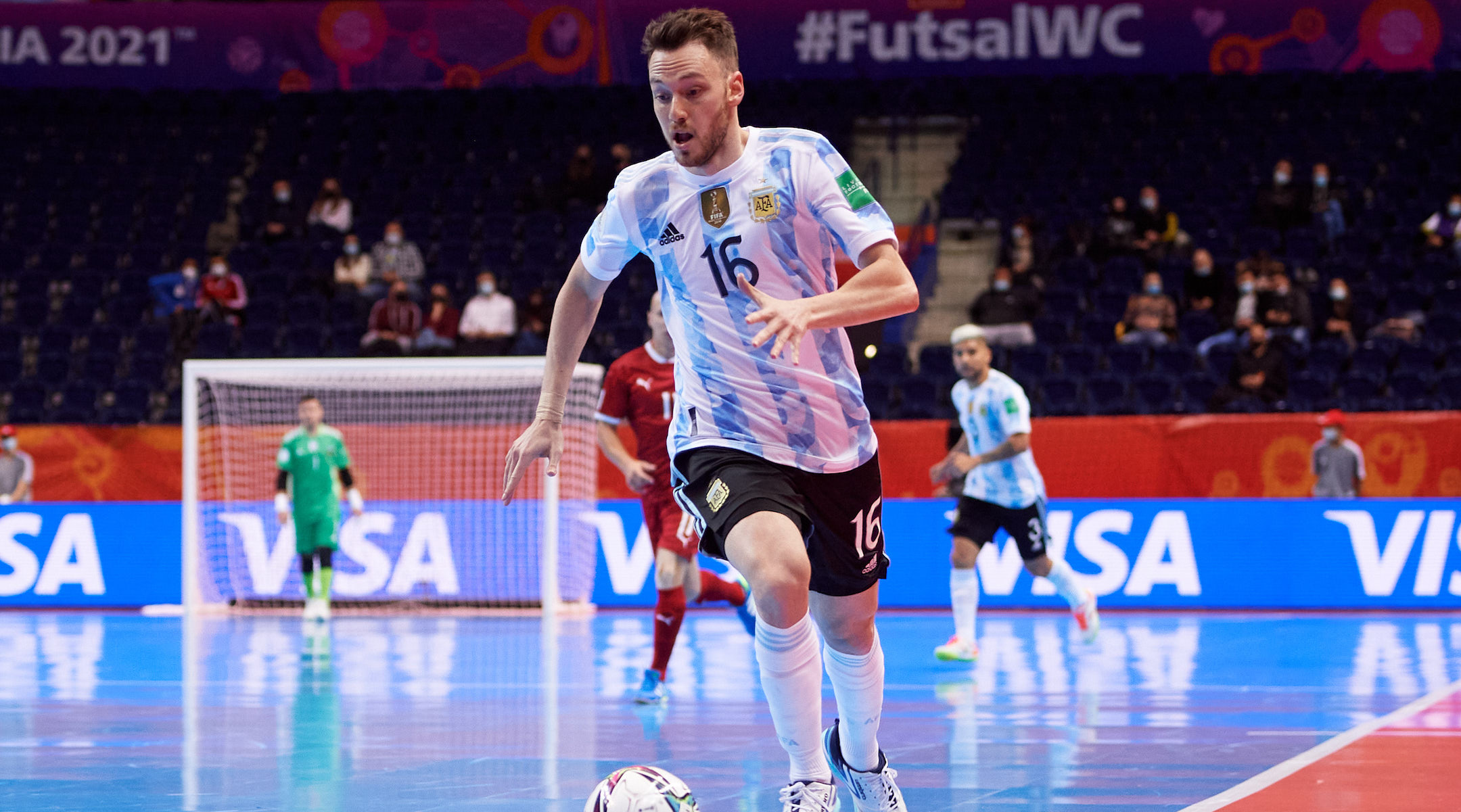 BUENOS AIRES (JTA) – Each year since 1954 in Argentina, the country’s Association of Sports Journalists awards dozens of Olimpia awards, given to the best athletes in their respective sports. And there is one Olimpia de Oro, or Golden Olimpia, for the best of them all.

On Tuesday night, tennis star Diego Schwartzman was awarded the Olimpia de Oro — for his play in 2020, delayed a year because of the pandemic — and Jewish footballer Matias Edelstein was given one of the secondary Olimpia awards, for best indoor soccer player.

Last year, Schwartzman became one of the top 10 men’s tennis players in the world. He is currently still the world’s best Jewish tennis player, now ranked No. 13.

“Incredible to achieve these dreams that I had as a child,” Schwartzman wrote on Instagram about the Olimpia award.

Want more stories like these? Check out our new weekly sports newsletter.

Edelstein, 29, has played for multiple teams based out of Jewish sports clubs, but for the past decade has helped the Jewish club Hebraica’s team — composed mostly of Jewish players — remain in Argentina’s top league for “futsal,” or indoor soccer. This year he helped Argentina’s national futsal team reach the World Cup final in Lithuania.

He showed off his Hebraica pride there by waving a club shirt in his hands before a quarterfinals game against Russia.

“I want to remember the two teams that I participated this year, Hebraica and the national team,” Edelstein said in a video message sent to the Olimpia awards night, which took place at a hotel in Pilar. “We shared very nice moments and they are part of this award.”

Edelstein previously led the Argentine league in goals scored in 2014 and 2019.

It was a milestone moment not only for the two players, but also for the two Jewish sports clubs that the athletes are closely tied to: the Hacoaj and the Hebraica. The Hacoaj club in Tigre, where Schwartzman grew up playing, recently named a new tennis complex after him.

“They are very important players, icons of two of the main historic and prestigious institutions of our federation, it’s great pride and joy for us,” said Monica Sucari, president of FACCMA, the Argentine federation for Jewish sports and community centers.

Edelstein’s professional debut came in 2008, as a member of BAMI, another Jewish club, where he continued playing during 2009. He started playing for Hebraica, where he was also coach of the children’s soccer team, in 2010.

He is set to transfer to an Italian team next season.

“It is a real pride to have Matias in our institution, he is very committed to our Jewish values,” Hebraica President Jonathan Lemcovich told the Jewish Telegraphic Agency. “He is an exemplary player, a highly committed individual who embodies the values that we want to transmit to our children.”