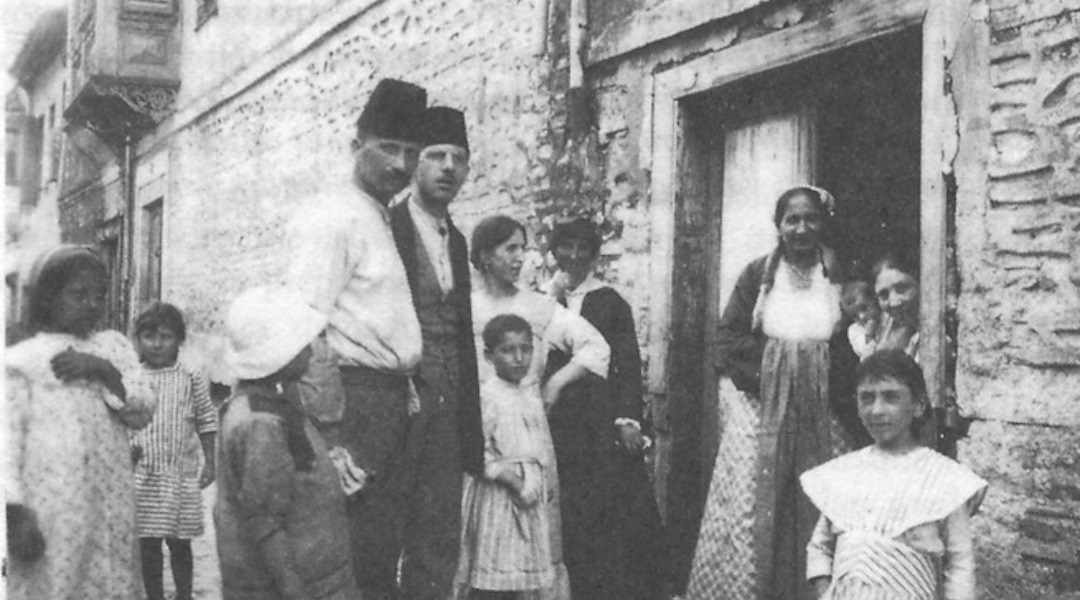 A Jewish family in Thessaloniki in 1917. (Elias Petropoulos/Wikimedia Commons)
Advertisement

(JTA) — The Greek-Jewish community is celebrating the return of a trove of manuscripts and community documents that the Nazis had stolen nearly 80 years ago.

The Central Board of Jewish Communities in Greece (KIS) announced in a statement earlier this month that Russia, who was in possession of the archives, has agreed to return them to their Mediterranean origin, after a diplomatic process supported by Greek Prime Minister Kyriakos Mitsotakis.

Nazis looted Thessaloniki, formerly home to one of Europe’s most vibrant Jewish communities, on July 11, 1942. The Soviet Union came into possession of the archive after their capture of the city on April 23rd, 1945. They took them to Moscow where they remained to be inherited by the Russian federation after the USSR’s dissolution in 1991.

“Our history returns home!” the Board wrote in the statement. “Greek Jews with immense emotion welcome the decision of the Russian President Putin that Russia returns the pre-War archives of the Greek Jewish Communities, and especially the archive of the Jewish Community of Thessaloniki.”

According to KIS, the archives include books and religious artifacts from 30 synagogues, libraries and communal institutions in Thessaloniki.

Before the Holocaust, Thessaloniki was one of the most Jewish cities in Europe with a Jewish majority or plurality for much of the 19th century. The city’s Jewish community was primarily Sephardic, though it also included a small community of Romaniotes, Judeo-Greek speakers from Greece and Turkey who predated the Sephardic migration to the area after their expulsions from Spain in 1492.

During the spring and summer months of 1943, almost all of Thessaloniki’s Jews were deported to Auschwitz, where most perished.

“For the Greek Jewry these archives bring light to its historic course, sacred heirlooms of the light of life and the darkness of the looting and the Holocaust,” KIS said. “Their restitution would mean Justice and would transmit knowledge about a part of the Greek people that contributed to the progress of the country and no longer exists, that of the 60.000 Greek Jews who were deported to and exterminated in the Nazi death camps.”