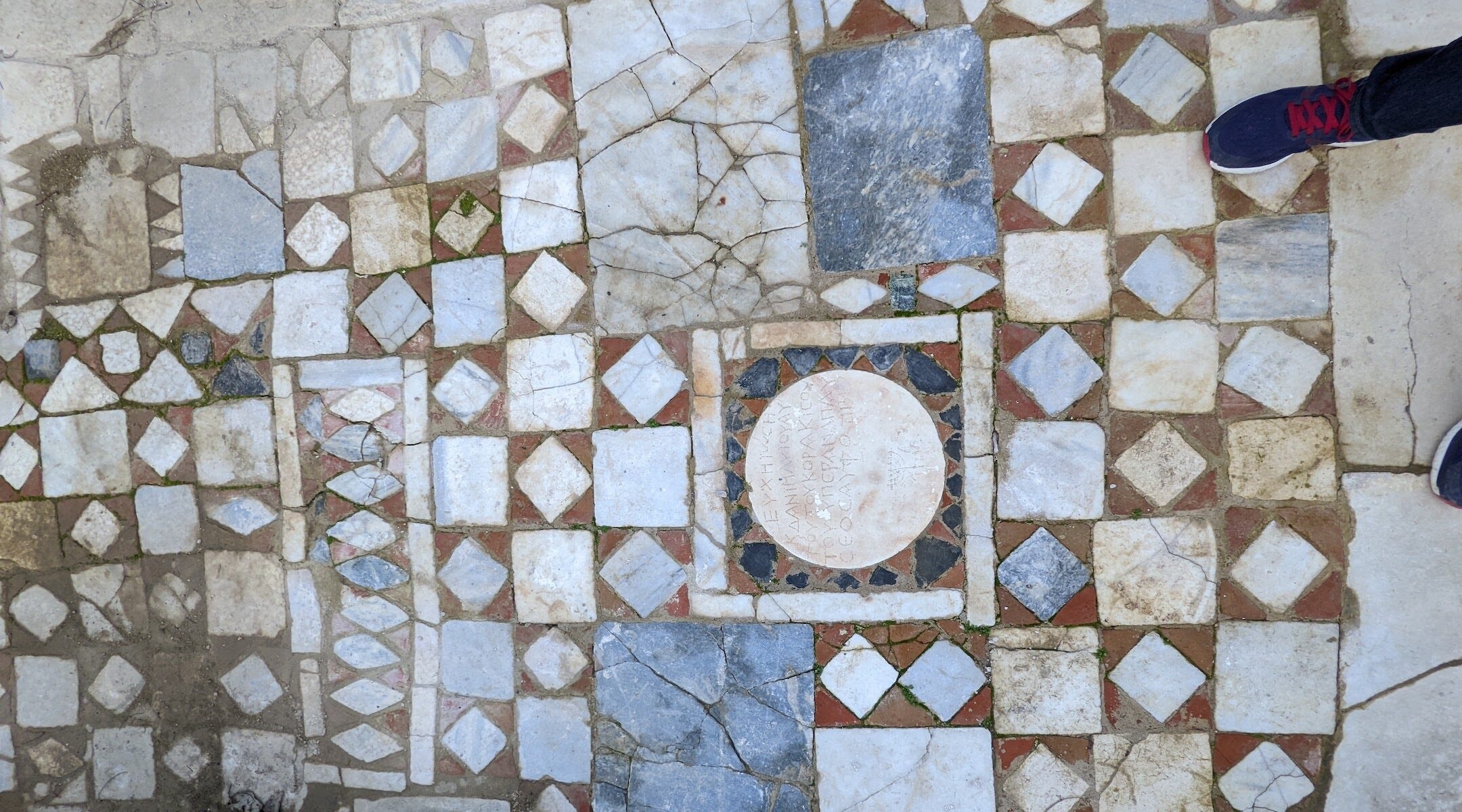 The floor of the synagogue in Side, Turkey, features a plaque with Greek and Hebrew inscriptions. (Jonathan Lansey/https://www.twitter.com/JLansey)
Advertisement

(JTA) — The remains of an ancient synagogue dating back as far as the 7th century have been discovered in a resort town on Turkey’s mediterranean coast.

The synagogue was found recently in the town of Side, not far from the tourist hotspot of Antalya, in southern Turkey.

Among the remains was a plaque with a menorah motif and an inscription in Hebrew and Greek stating that it was donated by a father in honor of a son who passed away at a young age. The plaque ends with the Hebrew word “Shalom.”

The town was home to Jews for centuries, but until this discovery there was little evidence of Jewish life there beyond a few records from the late Byzantine period. 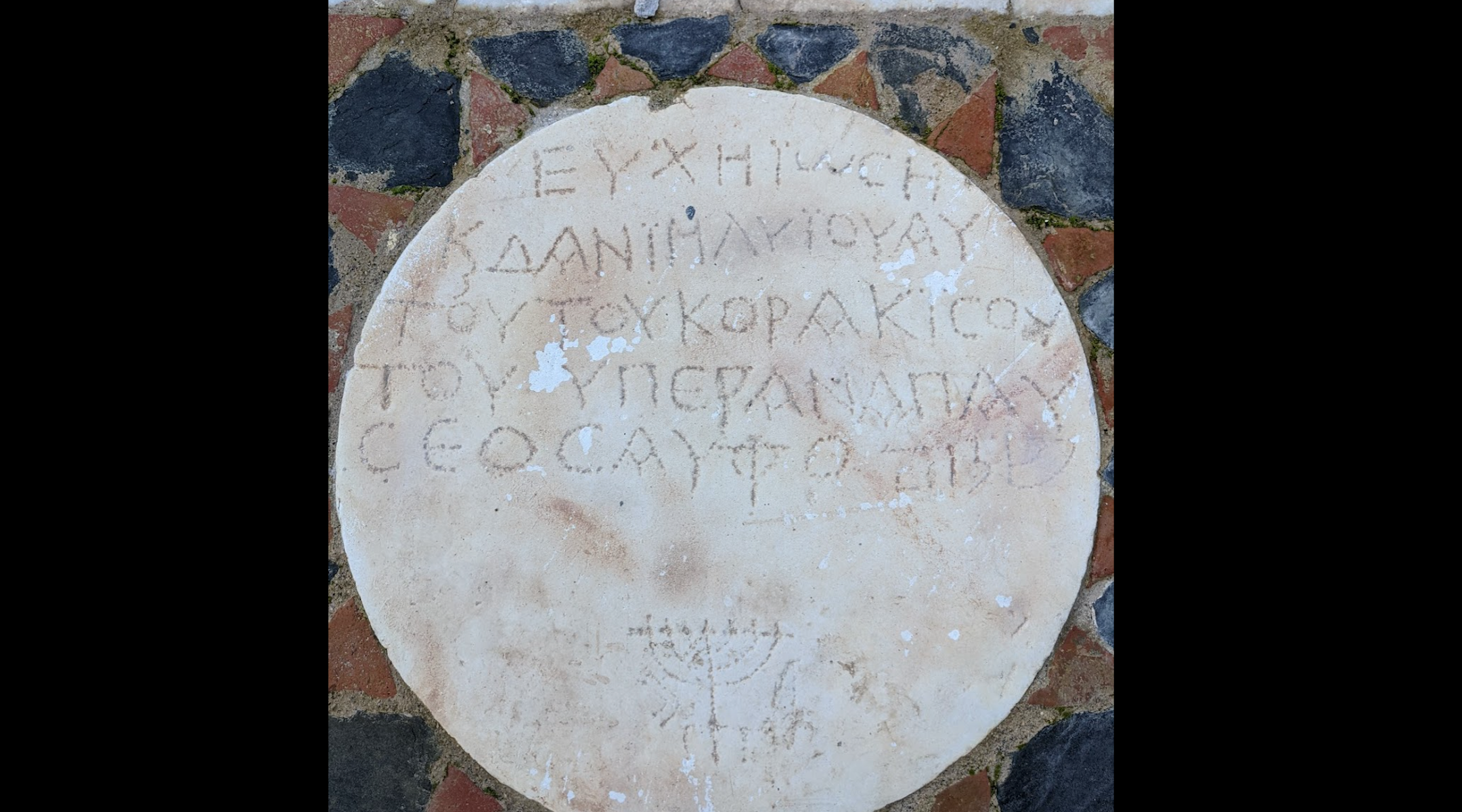 Since 2014, Turkish authorities and the town’s own citizens have worked together to try to preserve some of its history.

That year was “a turning point for Side in terms of research and conservation,”said Feriştah Alanyali, an archeologist from Anadolu University who is leading the excavations, according to the Turkish Jewish news outlet Avlaremoz. “Many works have been done that could not be done until now.”

Though today Side is a popular destination for Russian and European tourists, in ancient times it was an important Mediterranean port city, adopting Greek culture after its conquest by Alexander the Great in 333 B.C.E. It maintained a Greek identity until it was abandoned in the 12th century after the conquest of Anatolia by the Seljuk Turks.

The city was ultimate repopulated in the end of the 19th century by Turkish Muslim immigrants from Crete and saw a building boom during the 20th century, thanks to the rise of tourism in the Antalya region. 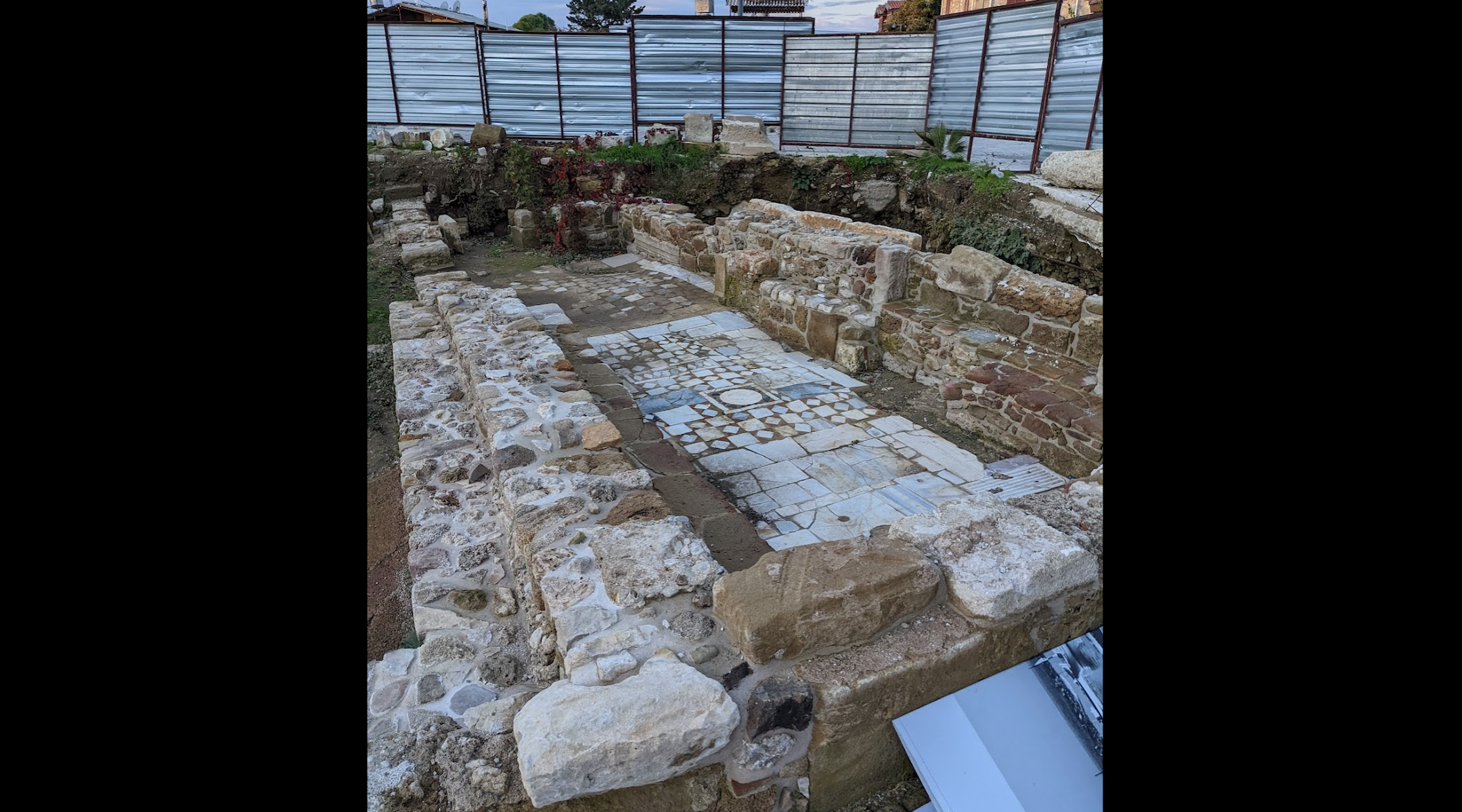 It was that uncontrolled building which covered up much of the ruins of ancient Side, including the synagogue, which was found beneath an old house.

Alanyali hopes that when more structures in Side are removed over the next 4 to 5 years that its ancient ruins, including the synagogue, will be intertwined with the town’s infrastructure like they are in other ancient cities such as Rome.