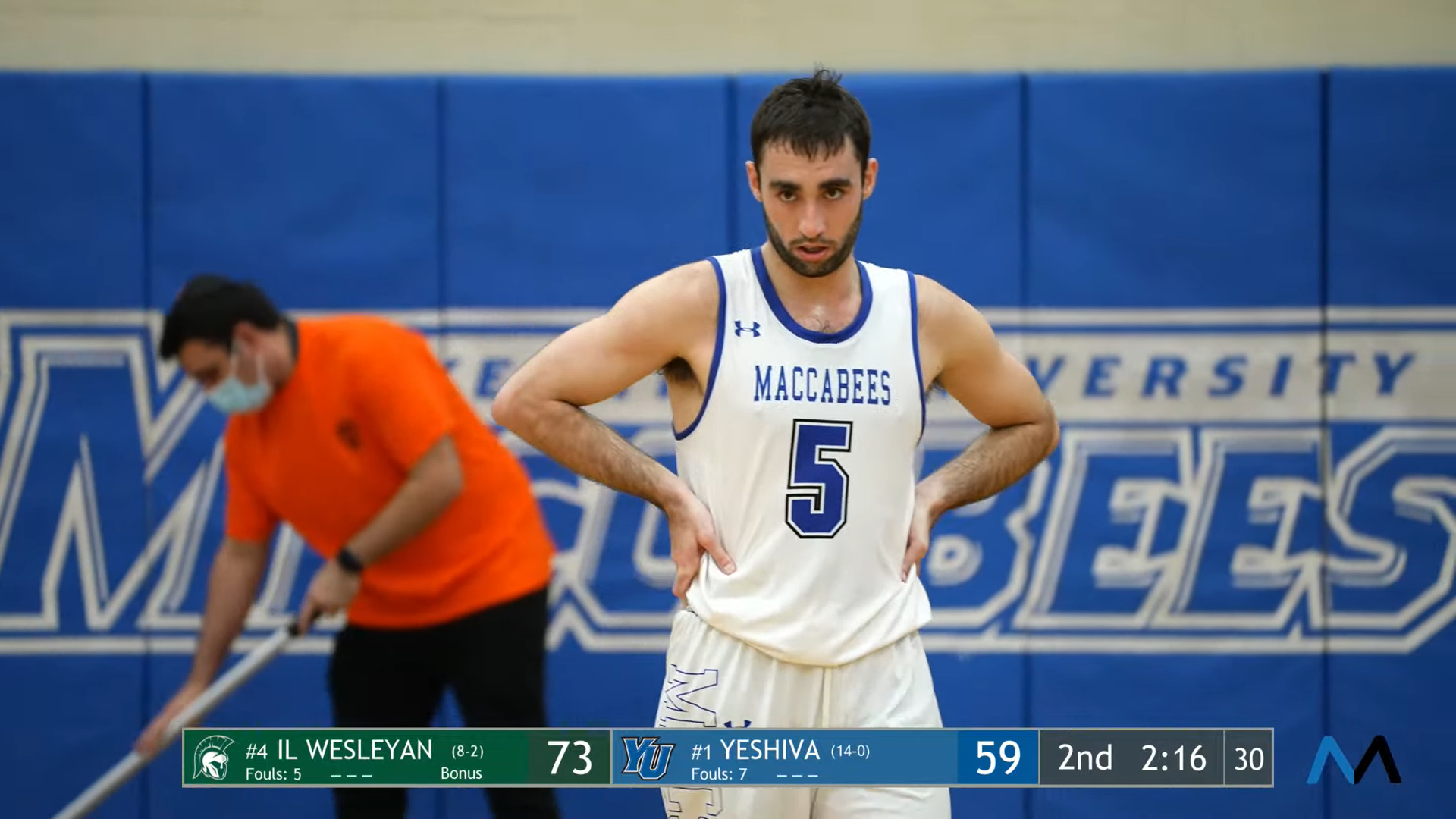 Ethan Lasko of the Yeshiva University Maccabees looks on in the final minutes of the team's game against Illinois Wesleyan University, Dec. 30, 2021. (Screenshot via MacsLive)
Advertisement

The Maccabees entered the game against Illinois Wesleyan University ranked No. 1 in Division III, a position it reached Nov. 30 when it was 44 games into its winning streak.

The streak stood at 50 as the team tipped off against No. 4 Illinois Wesleyan in front of a packed house at Yeshiva’s Max Stern Athletic Center. Hundreds of fans were shut out.

Thursday’s game was the first time Yeshiva faced a top-25 opponent since its streak began two years ago, and it became clear early on that the team was outmatched. Yeshiva players didn’t hit a single three-pointer in the first half of the game, while Illinois Wesleyan nailed nine of 14 attempts beyond the arc. Illinois Wesleyan nabbed 21 rebounds, compared to just seven for the Maccabees.

At halftime, Yeshiva was down 49-29. Illinois Wesleyan led by more than 20 for a good chunk of the second half, as Yeshiva struggled to get back in the game. Even when the Maccabees got their trademark motion offense on track for a few possessions in the second half, they were unable to cut the lead to single digits.

The loss was the team’s first since Nov. 9, 2019. It comes after an unprecedented swell of national attention to the Orthodox university’s basketball program, helmed by a head coach, Elliot Steinmetz, who sought to take advantage of Yeshiva’s unique recruiting potential to turn the school, which last had a winning season in 2007, into a powerhouse.

Students at Yeshiva University said they were excited about their team’s unprecedented success. But for some at Yeshiva and its women’s college, Stern, the streak was clouded by an anonymous allegation of rape against an unnamed player that appeared in the student newspaper, and by the university’s response to it.

Yeshiva will have to wait longer than expected for a second chance to prove itself against top-tier competition. Shortly after Thursday night’s defeat, the school announced that its Sunday game at home against Williams College, the 17th-ranked team in Division III, was being postponed. No new date has been announced.