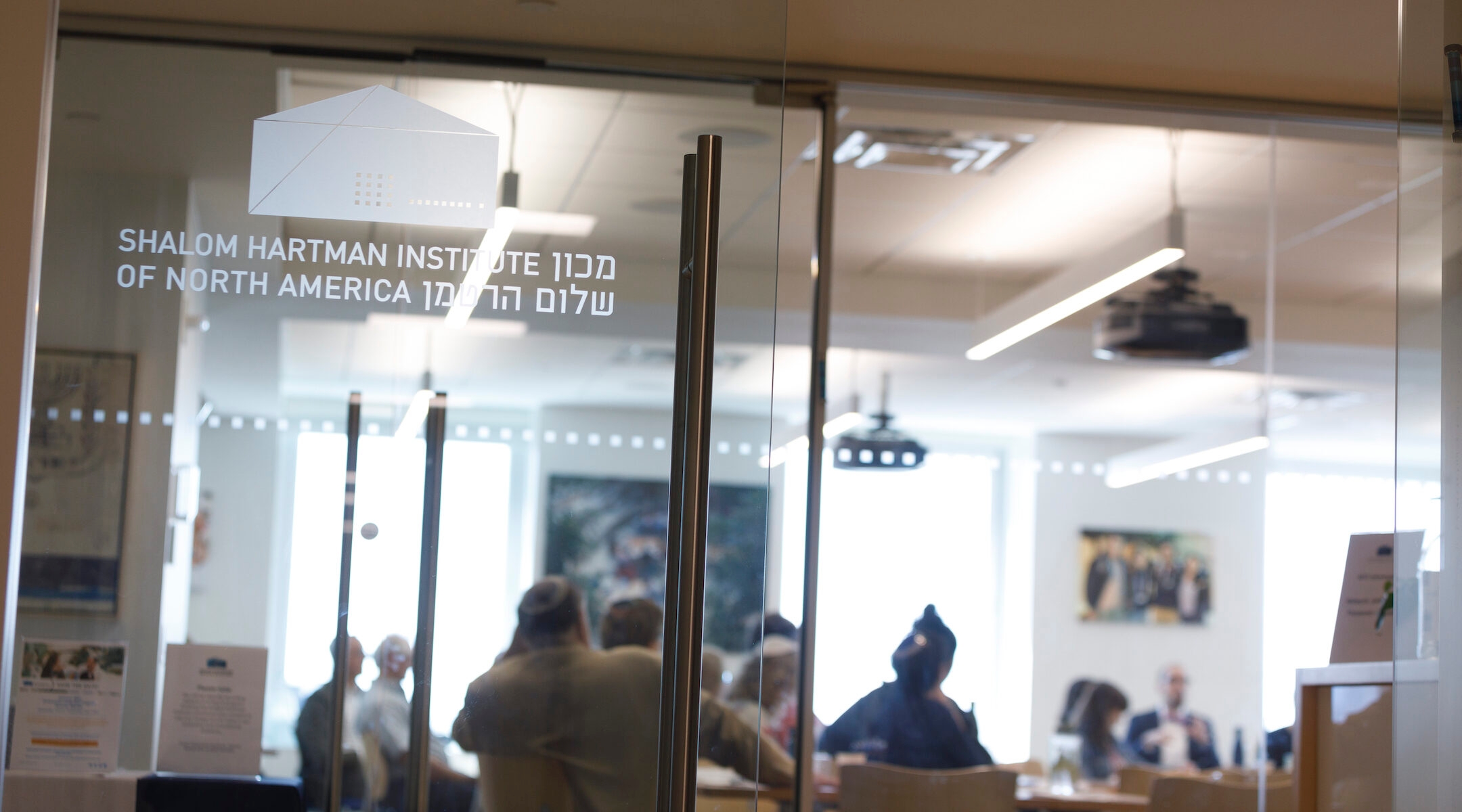 (JTA) — A marketing firm that has worked extensively with Jewish nonprofits has declined to work with one because of growing concerns among its staff members about groups with “significant programming in Israel.”

The Shalom Hartman Institute, a leading Jewish educational think tank, reached out to Big Duck, a Brooklyn-based worker-owned cooperative, because of Big Duck’s history of working with Jewish organizations in the past.

But Farra Trompeter, Big Duck’s co-director, told Dorit Rabbani, Hartman’s North America communications director, last week that the firm would not work with Hartman because Big Duck staff had concerns about the Hartman Institute’s activities in Israel, both officials said.

Hartman, which has headquarters in Jerusalem and New York, has a broad ambit of advancing Jewish education and promoting dialogue among Jews and between Jews and other faiths. It is expressly Zionist.

Big Duck’s past clients have included the Jewish Theological Seminary, the National Council of Jewish Women, and Keshet, a Jewish LGBTQ group. Hartman would not be among them.

“Being more vocal and committed to fighting oppression has led us to more active questioning of working with organizations with significant programming in Israel, among other issues, and in those cases, we have mutually agreed that it does not make sense to work together,” Trompeter said in an email to the Jewish Telegraphic Agency. 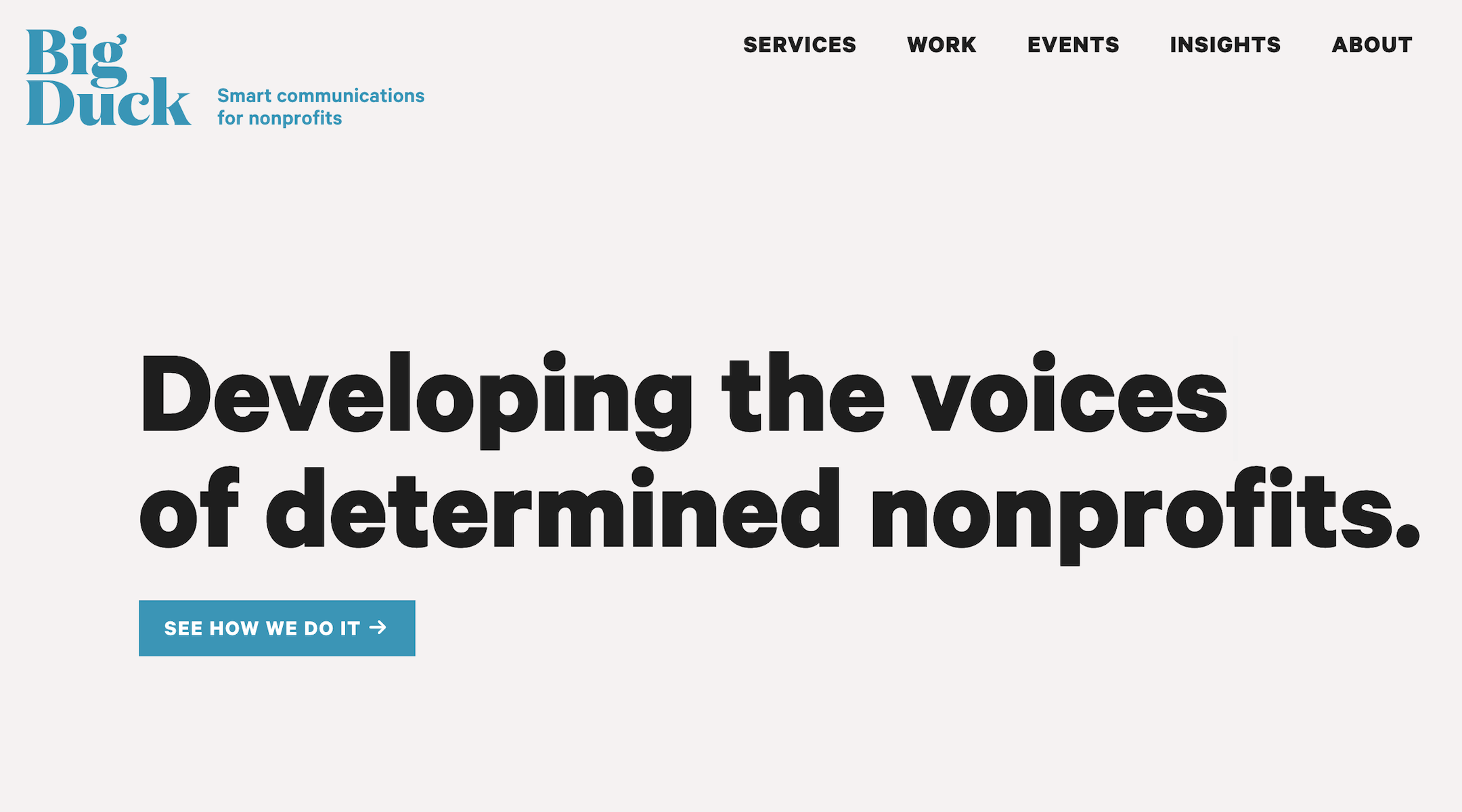 The decision follows a period of intense and widespread criticism of Israel spurred by last May’s conflict between Israel and Hamas in Gaza. At the time, many on the left expressed solidarity with the Palestinians, but an open question has been how much that advocacy, much of which was expressed on social media, would translate into real-world action.

Big Duck’s decision not to work with Hartman is an indication of lasting consequences.

Trompeter said the firm does not have a hard and fast rule against working with groups with ties to Israel.

“Big Duck does not decline work with organizations solely due to their position on BDS or presence in Israel,” she said. “But we do ask if they are open to working with a team and company that is questioning Israel’s policies and practices among other issues, and consider that in evaluating whether we will be a good fit for creating their communications and fundraising materials.”

Rabbani, who took notes soon after her 21-minute conversation with Trompeter last Wednesday, described a considerably less nuanced conversation and said the decision was not mutual, but rather Big Duck’s alone.

According to Rabbani’s notes, Trompeter noted that Hartman had a presence in Jerusalem and asked whether Hartman defines itself as Zionist and whether it opposes BDS, the movement to boycott, divest and sanction Israel.

According to Rabbani’s notes, Rabbani confirmed that Hartman is a Zionist institution and that it opposes BDS and Trompeter said that in that case, Big Duck would decline the commission.

Trompeter disputed the characterization. “We did not decline to work with the Hartman Institute because it is Zionist and do work with other Jewish groups,” she said in a follow-up email. “Big Duck does not use litmus tests.”

Rabbani recalled that Trompeter explained that staff must be committed to a product in order to market it, and Big Duck’s staff would have trouble bringing passion to work with Hartman.

“I said, ‘I wish you could talk to people at Hartman and hear about why our work is actually so important furthering coexistence and peace,'” Rabbani said.

In addition to working with Jews to promote pluralism and Israeli democracy, the Hartman Institute works with Muslims in America through its Muslim Leadership Initiative, which promotes Muslim American engagement with Jews and with Israel. Some Muslim figures who have participated in Hartman programming have found themselves censured by others in their community, some of whom cite Hartman’s role in training Israeli army troops in explaining their opposition. Hartman’s army work involves training in leadership and pluralism and discussions of Jewish and Israeli identity.

Rabbani had come to Big Duck because she had worked with the shop in a previous job at the Jewish Theological Seminary, the Conservative movement institution that is also an expressly Zionist outfit with a presence in Israel.

JTS said in a statement to JTA that it was “disheartened” to hear about Big Duck’s decision.

“JTS is not currently working with Big Duck,” the statement said. “We are disheartened to hear about the company’s concerns over working with the Shalom Hartman Institute because of its commitment to the state of Israel, a commitment that we share. We worked on projects with the agency under its previous ownership, without them ever questioning our views on Israel.”

NCJW and Keshet also have partnerships with Israeli organizations.

“It is our understanding that Big Duck does not have an organizational policy around BDS nor do they have a litmus test around Zionism,” NCJW’s CEO Sheila Katz said in a text message to JTA.

“When Keshet contracted with Big Duck in 2017 and 2018 for an extensive rebranding project, the firm never asked about Keshet’s position on Israel and Zionism,” said Idit Klein, Keshet’s president and CEO. “We were extremely pleased with Big Duck’s work, and we value the firm’s expertise in marketing and communications. My understanding is that Big Duck does not have litmus tests around Israel and Zionism for determining with whom they will and won’t work. I’ve spoken directly with Farra Trompeter, co-director of Big Duck, who assured me that Big Duck has not endorsed BDS as a firm.”

Trompeter in her email said that the firm would continue to work with Jewish groups.

“Big Duck is not anti-Semitic and profoundly rejects anti-Semitism,” she wrote. “We have many clients who are fighting for justice, providing much-needed community services, and improving people’s lives with roots in Jewish values, traditions or culture.”

Yehuda Kurtzer, Hartman North America’s president, said he would not go so far as to accuse Big Duck of antisemitism. But he said, speaking before Trompeter said Big Duck does not boycott Zionists as a rule, that the firm’s decision was “dangerous” given the large share of American Jews with an affinity for Israel.

“To boycott American Jewish institutions who are Zionist is a really dangerous activity given the fact that it is a predominant idea among American Jews and an essential part of our Judaism,” he said. “It’s especially disappointing given that many of us, including my organization, are working to advance the causes of democracy and human rights and pluralism in Israel.”