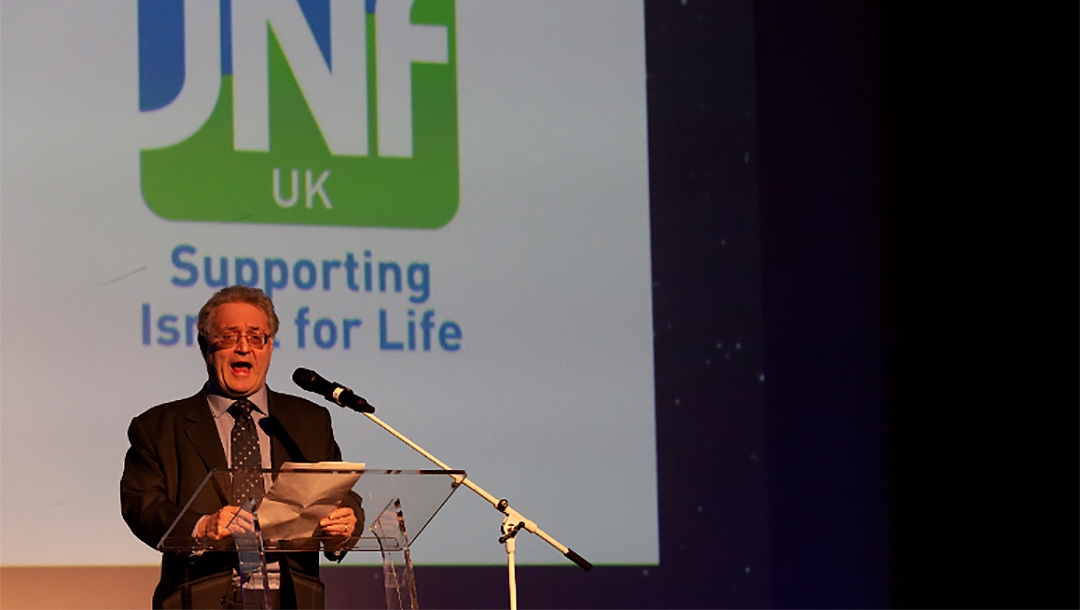 Gary Mond, a vice president of the Board of Deputies of British Jews and the treasurer of the UK branch of the Jewish National Fund, a pro-Israel charity committed to strengthening the Jewish state, had previously written on Facebook that “all civilization” is “at war with Islam,” among other social media activity unearthed by a news investigation.

“Key people at the Board have made it clear that they no longer wish to work with me, which effectively forces my decision,” Mond announced in his resignation statement Thursday, the Jewish Chronicle of London reported. In his statement, he characterized his posts as “contradictory thought.”

He accused the Board, an umbrella group whose elected deputies represent different British-Jewish organizations, of silencing views diverging from what he said were the group’s left-leaning policies.

Mond’s suspension followed a report Wednesday in The Jewish News of London about his interactions on social media in recent years. The Jewish News found that Mond had “liked” on Facebook two posts by Pamela Geller, a Jewish-American anti-Islam activist: One from 2017 lamenting the loss of right-wing candidate Marine Le Pen in the French presidential elections and another criticizing an unnamed “Muslim hate group.”

Mond also, in 2014, reacted to a post about the prospect of more Muslims opposing military intervention in Muslim-majority countries. “When this happens — and the odds are that it will – The Britain that we knew would have gone forever,” he wrote.

In 2016, he wrote in a comment on Facebook: “We just have to hope that our leaders wake up to the fact that all civilization — West and East, American, Russian, Chinese, Israeli, whatever — is at war with these evil bastards, and I have to say it, at war with Islam. And, just as Islam has lost before in history, it will lose again.”

“We greatly regret the circumstances which have led to Gary’s resignation, which are a matter of public record. As an organization we are committed to fostering strong and positive relations with other faith and minority communities,” the Board wrote in a statement.

In his statement, Mond wrote: “I apologise for any hurt that has been caused as a result of the excavation into my Facebook activity from many years ago. However, this cannot be a justification for any attempt to silence contradictory thought.”

Mond also wrote: “I take a very positive view of the Muslim communities in this country and am delighted to work with them, opposing and condemning only those who wish to do those in the Jewish community and other communities harm.”

He accused the Board of pursuing a left-leaning policy that does not correspond with the views of most British Jews. “The Board faces a crisis of legitimacy, and their behaviour towards me demonstrates this,” he wrote.

Separately, the head of JNF UK, Samuel Hayek, is involved in a different controversy over his own statements about Islam, made last month during an interview with the Jewish News. In the interview, Hayek said that Jews would have “no future” in the UK owing to the rise in Muslim immigration.

The UK Charity Commission, a government regulatory body, has launched a probe of JNF UK following the controversy, the Jewish News reported.

“The process is that maybe in 10 years, maybe less, who knows, Jews will not be able to live in the UK. I don’t think anybody can stop it,” Hayek said in answering a question about the future of UK Jewry.

“The evidence is the number of immigrants to England. The demographic of British society is changing. Historical events sometimes take long to identify. It is clear England is changing. If you look at France, with numbers, nobody would have believed 20 years ago the state of the Jewish community as it is today,” Hayek added.

Asked whether he was referring to Muslim immigration specifically, Hayek said: ”You are not wrong.”