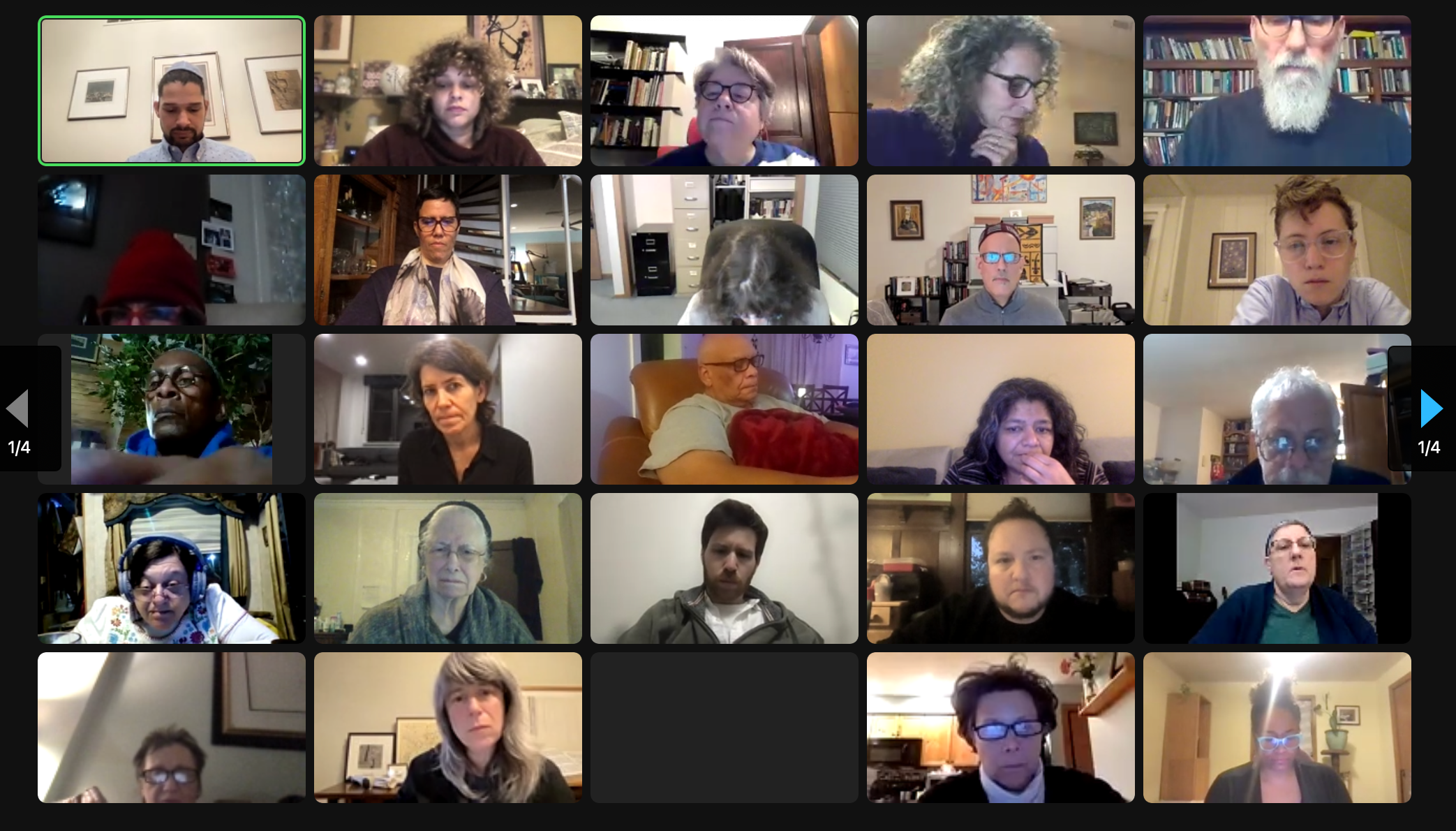 (JTA) — Jews who pray according to traditional liturgy each morning recite a line that is usually symbolic: “Blessed are you, God, who frees the captive.”

On Saturday that line became painfully meaningful as a number of Jewish worshippers were taken hostage during Shabbat services at their Texas synagogue. And as the afternoon stretched into evening, Jews and Jewish communities across the country came together online to pray for the release of the captives, including the rabbi, of Congregation Beth Israel of Colleyville.

A dance professor at Texas Christian University, located in Fort Worth, organized an online vigil attended by hundreds of people from across the country. More than 900 people joined an online vigil organized by a Jewish federation in New Jersey. And a synagogue in Toronto brought its community together to recite psalms, a traditional practice for Jews facing crises.

“Shavua tov. It seems strange to say those words, ‘shavua tov,’ a good week, because as we come together this evening we don’t do so for good reasons, for happy reasons,” Rabbi Steve Wernick of Beth Tzedec Congregation in Toronto said during his synagogue’s online event. “We do so because yet again the Jewish people are targeted for hate.”

Indeed, as Shabbat ended, Jews around the world began the new week leaning on a tradition with no shortage of resources for moments of danger.

“What is the right prayer for people in peril?” asked Ron Lieber, a New York Times columnist, on Twitter, tagging several rabbis in the process.

Among the responses: Psalm 130, which begins, “Out of the depths I cry to you.” Psalm 142: “Free me from prison, that I may praise your name.” And Psalm 121, which includes the lines, “God is your guardian. God is your protection.”

Psalm 121 was the prayer of choice for Rabbi Menachem Creditor when he filmed an impromptu service for My Jewish Learning. “Sing them, pray them and if what you need right now is the comfort of these words, please let them in,” he said.

Rabbi Rachel Timoner, of Congregation Beth Elohim in Brooklyn, joined the online vigil organized by Adam McKinney, the Texas Christian University professor. She also responded to Lieber, suggesting the prayer from the morning liturgy and another prayer, a portion of the Amidah, that also references that God frees captives.

In a statement, the Conservative movement’s Rabbinical Assembly and United Synagogue of Conservative Judaism pointed to another prayer with resonance for the moment.

“We are reminded of tradition’s Hashkiveinu prayer, recited each evening, which takes on new meaning in times of crisis such as these,” the statement said.

The prayer concludes, “Praised are You, God, who spreads Your tabernacle of peace over us, And over all Your people Israel and over Jerusalem.”

For Rabbi Shlomo Zuckier, an Orthodox rabbi in New York City, the right prayer to focus on was the one that the congregants in Colleyville abandoned when the attack began. The livestream paused during a section of the Amidah called Elohai Netzor, which includes this line: “For all those thinking to do evil to me, quickly ruin their plans and confound their thoughts.”

Zuckier wrote on Facebook, “The community did not have a chance to read this prayer, but let us read it in their stead, as we Daven [pray] for them and hope for their speedy and safe release.”

A little after 5 p.m. in Colleyville, police there said, one hostage was freed unharmed. But as the night wore on, at least three others remained inside the synagogue with the attacker. They had been held hostage for more than 12 hours when, after a loud explosion and a series of gunshots, they were freed unharmed.

“Thank You, Holy One, who frees the bound,” Creditor tweeted.

The first response: “Thank G-d. Amen. You heard our prayers.”