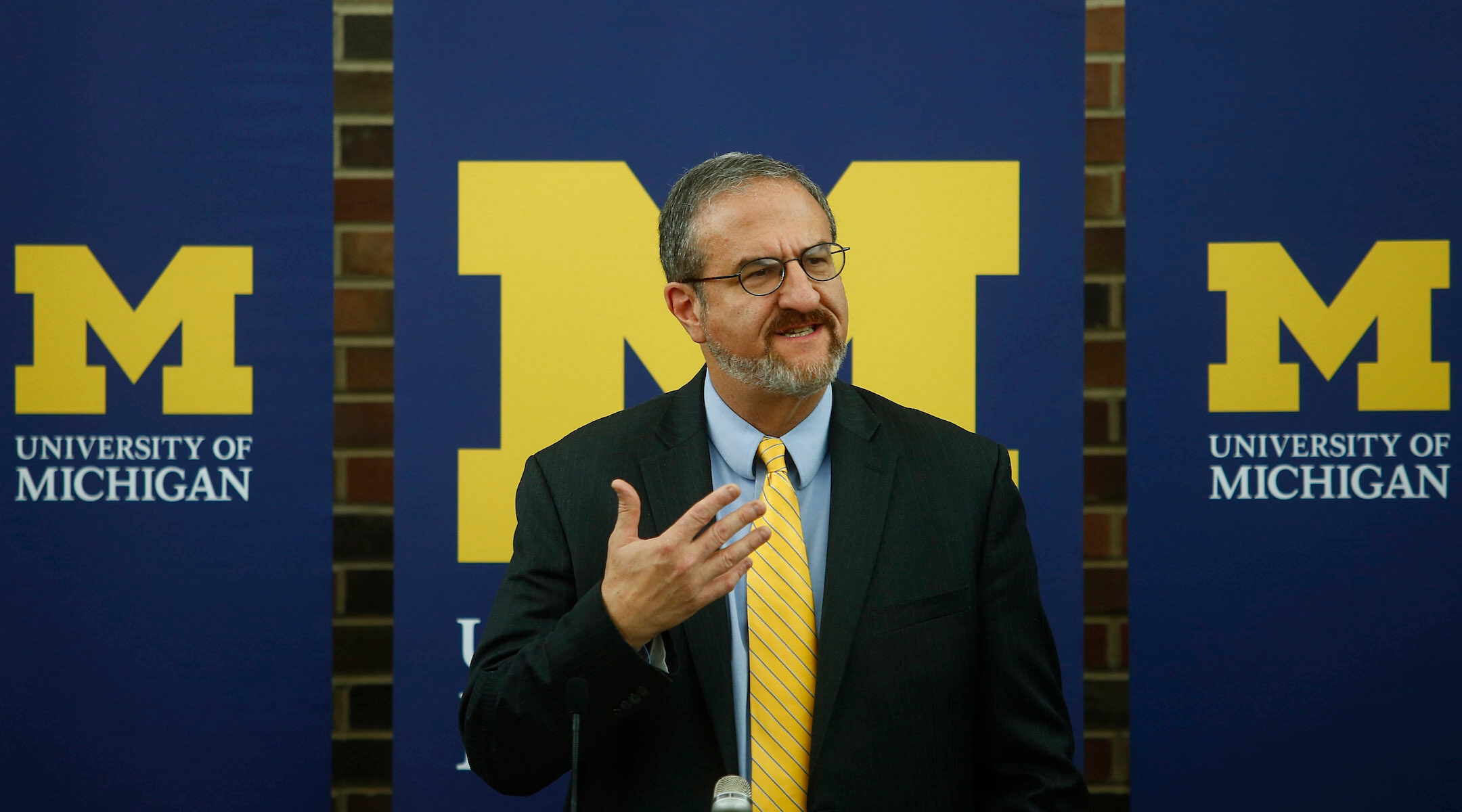 (JTA) — The University of Michigan Board of Regents fired the school’s president, Mark Schlissel, over an alleged relationship he conducted with a subordinate employee at the university. The news was announced Saturday in a letter posted to the university’s website, along with a trove of emails and texts between Schlissel and the employee from recent years.

Among those exchanges was a flirtatious email from Schlissel, who is Jewish, to the employee involving a box of knishes he received as a gift. The savory, doughy pastries, which are typically filled with potatoes, are a classic Ashkenazi Jewish food.

Schlissel assumed the role of president in 2014 and had his contract renewed in 2018 for another five years. In the fall of 2021, Schlissel announced he would step down one year early, according to the Detroit Free Press. According to the letter from the board posted to the school’s website Saturday, the board began an investigation into Schlissel’s conduct after receiving an anonymous complaint on Dec. 8, 2021.

“After an investigation, we learned that Dr. Schlissel, over a period of years, used his University email account to communicate with that subordinate in a manner inconsistent with the dignity and reputation of the University,” the board wrote.

Before coming to the University of Michigan as its second-ever Jewish president in 2014, Schlissel served as the provost at Brown University. Schlissel told the Detroit Jewish News at the time that he grew up in a traditional Jewish home in Brooklyn and had a bar mitzvah but did not consider himself observant as an adult. He still identified with Jewish culture, Schlissel told the newspaper.