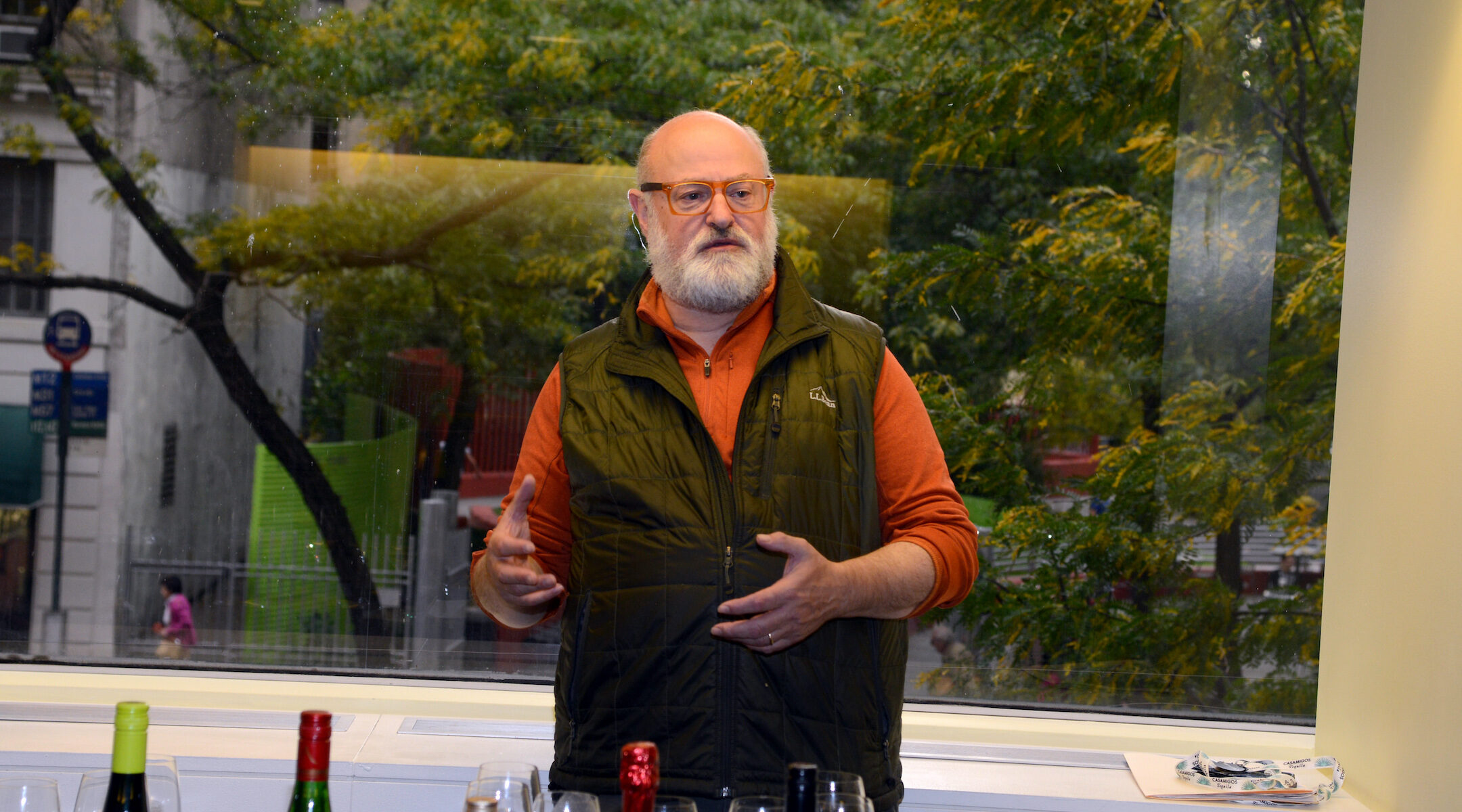 Schoenfeld’s love of cooking first began with Jewish dishes like kreplach and blintzes, which he learned in his grandmother’s kitchen. And yet, he became an unlikely champion of Chinese cuisine.

Writing in GrubStreet, Adam Platt said Schonfeld was less noteworthy as a chef or restaurateur than as a lover of the cuisine in all its nuances. “He was an enthusiast and a scholar, and he regarded himself, from the beginning of his career in the late 1960s, as an ambassador for proper Chinese cuisine,” Platt wrote.

Edward Schoenfeld was born in Jersey City in 1949 and grew up in Brooklyn’s Clinton Hill. He fell in love with Chinese food by his teens and became a regular at Shun Lee Dynasty, one of the earliest fine-dining Chinese restaurants in New York City. He learned about the cuisine by eating it and deepened his knowledge by befriending Chinese chefs in the city whose cooking he admired.

In 1973, he got his first restaurant job as assistant to restaurateur David Keh when he opened Uncle Tai’s, one of the first Hunan restaurants in New York. That job only lasted two years, until what Schoenfeld described as a “John Wayne barroom scene” in a New York Magazine profile from 1984. “During dinner, somebody took a flying tackle at me and knocked me out. I was lying on the floor covered in duck sauce and rice,” he said.

Despite the early struggle, Schoenfeld went on to a career developing and running restaurants over some four decades. Among his well-regarded Chinese restaurants were Auntie Yuan and Pig Heaven, both on the Upper East Side, as well as Red Farm, a farm-to-table restaurant in Greenwich Village, which opened in 2010.

In 2012, he told the Forward that Chinese food constituted “safe treyf” to Jews, using the Yiddish word for not kosher. According to the Forward, Schoenfeld was once asked by a Chinese restaurateur to show him around a series of Jewish neighborhoods so the businessman would know where to open more Chinese restaurants.

“My personal joke is that I learned to speak Yiddish in the Chinese restaurant from my customers,” Schoenfeld told the Jewish Telegraphic Agency in 2013.