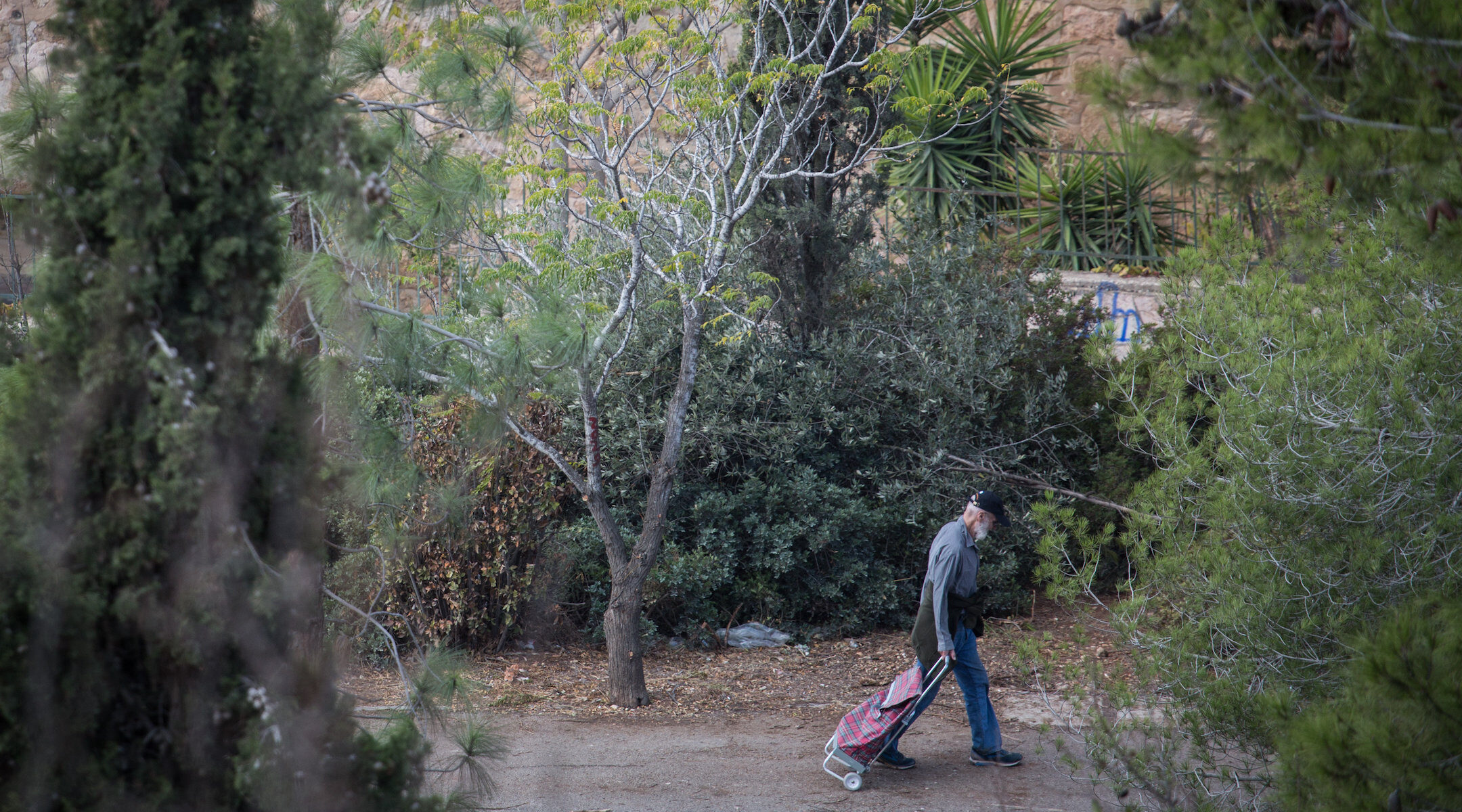 A man walks on a tree-lined sidewalk near the Valley of the Cross park in Jerusalem, Nov. 5, 2018. (Hadas Parush/Flash90)
Advertisement

(JTA) — Israel’s cabinet approved a plan to plant 450,000 trees in the country’s cities to mitigate some effects of climate change by offering more shade and cooler temperatures.

The plan, which is predicted to cost about 2.25 billion shekels, or $716 million, will be carried out between now and 2040. The goal of the plan is for 70% of sidewalks to be shaded by trees.

“The government of Israel has set the subject of climate as a national aim. More than 90% of the country’s residents live in urban communities, and the hotter the climate gets, the harder it will be to move around outside,” Israeli Prime Minister Naftali Bennett said, according to The Times of Israel.

The plan is meant to both protect residents of cities from sizzling temperatures as the climate changes in Israel’s already hot climate but also to prevent further damage from climate change. Trees recycle carbon dioxide, one of the gases emitted by polluting cars, as well as anchor soil and absorb rainfall, mitigating the effects of flooding, which has become an increasingly common event in Israel.

The resolution passed Sunday by the cabinet called trees “critical urban infrastructure, especially in a time of climate change.”

But even as Israel plans for new tree saplings, hundreds of thousands of more mature trees are being cut down each year for reasons like construction, according to Haaretz. In response to questions about tree felling by Haaretz, Israel’s Environmental Protection Agency said it would establish a group to “look into aspects of preventing felling, both in public areas and in private gardens.”