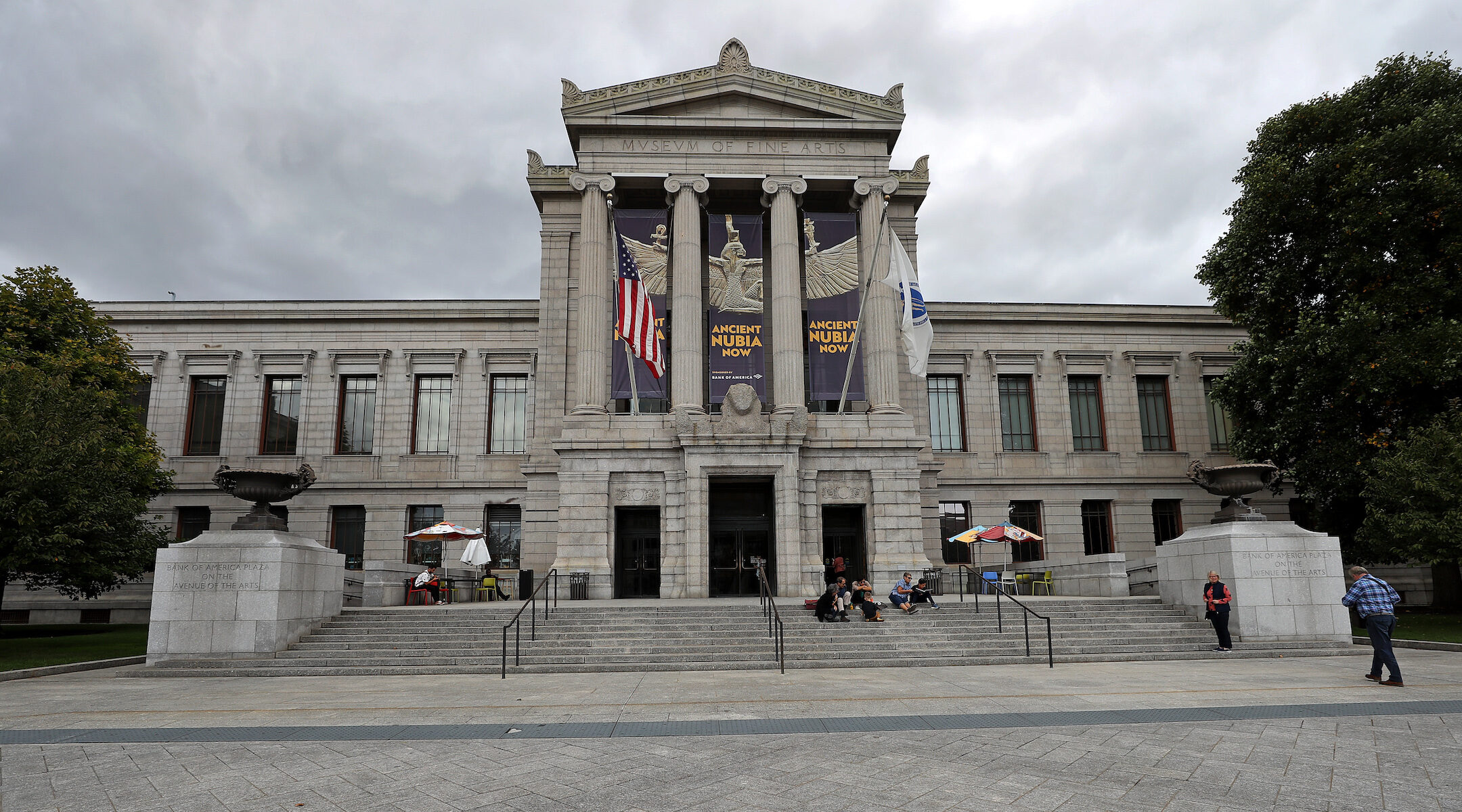 (JTA) —The Museum of Fine Arts in Boston will return a 17th-century painting in its collection to the heirs of a Jewish collector from whom the painting was stolen during the Holocaust.

Ferenc Chorin, a Jewish businessman who lived in Hungary, purchased the painting before the war. In 1943, Chorin placed a number of paintings, including the Ruysdael piece, in a bank vault before fleeing the country. Upon returning to the vault after the war, he found that its contents, including the painting, had been emptied. He eventually came to New York in 1947.

According to the Globe, the museum’s curator of provenance Victoria Reed had had concerns about the painting’s origins due to a fragment of a label on the back of the painting that indicated it had been in Hungary for some amount of time.

“Just the fact that it came from Hungary raised a red flag,” Reed said. Hungary’s Jews lost vast amounts of property to the Nazis during World War II.

Chorin’s daughter, Daisy von Strasser, told the Globe that her father, who died in 1964, never searched for the painting but would have been “elated to learn that some form of his former life had been found.” The painting was found by a lawyer hired by the family.

But, she told the Globe, Chorin was less concerned with recovering property than he was relieved that the family made it out of Hungary alive.

“I do not think he would have made a lot of noise about it. He would have looked at this painting and would have thought that regardless of what they may have lost in Hungary, they were the luckiest people in the world because they were all alive,” she said.

Chorin was a wealthy man before the war as the head of a steel factory and a member of Hungary’s Regent’s Privy Council.  According to a history of the family compiled by the attorney for Chorin’s heirs, Chorin was able to exchange his wealth and control of his factory for his family’s freedom from Hungary. When he came to New York, he became an investment broker and died in 1964.