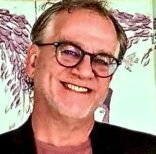 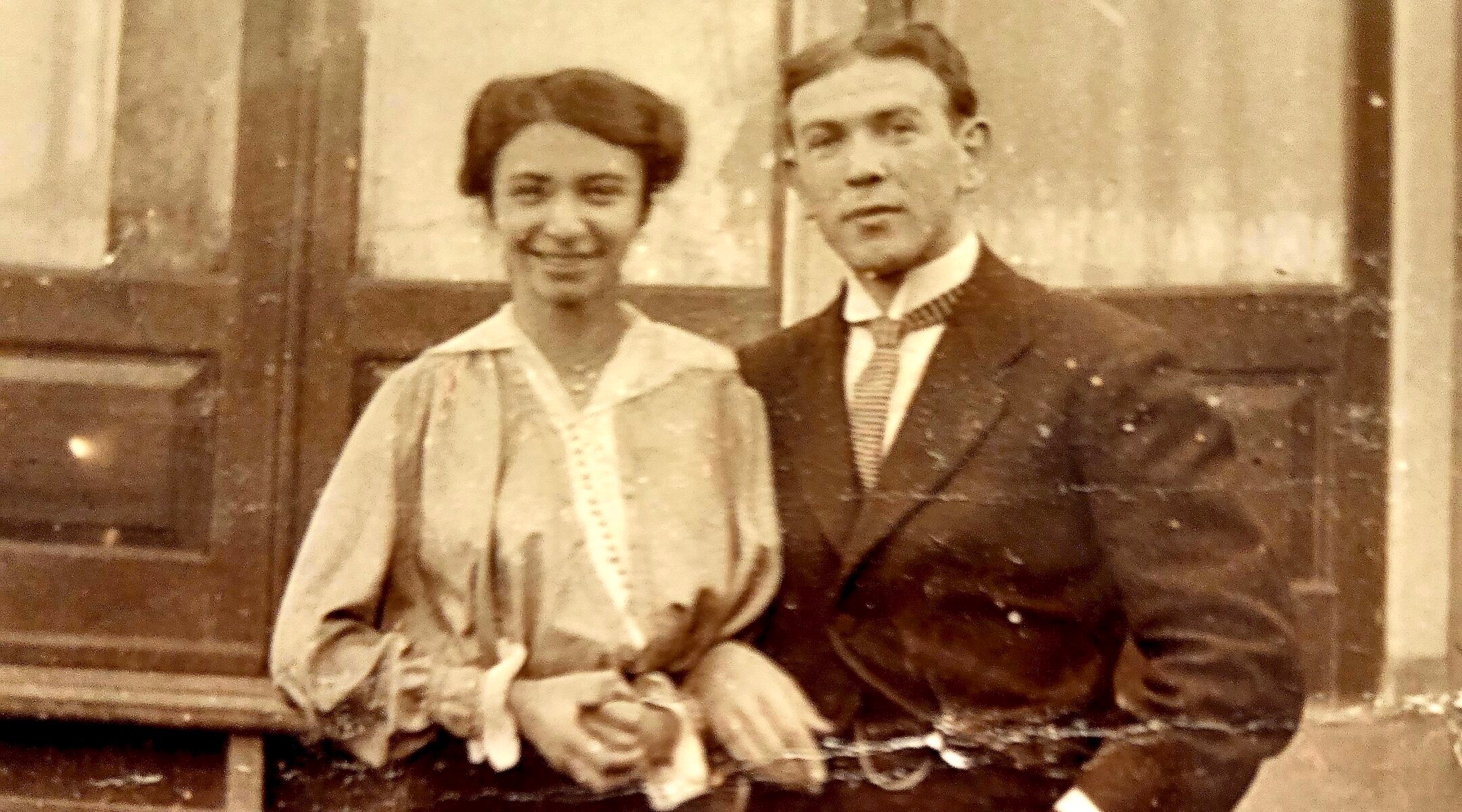 The author's grandparents, Henri and Eva van Leeuwen, are seen in a photo from around 1915, when they married. Henri van Leeuwen worked to resettle Jewish refugees during the rise of the Nazis in Holland; his cousin Arnold van den Bergh was named as the Jewish official who may have betrayed the family of Anne Frank. (Courtesy Jason van Leeuwen)
Advertisement

(JTA) — My entire adult life I have espoused and jettisoned multiple theologies and philosophies after subjecting them to the ultimate test: Would they survive Auschwitz? Sometimes yes, sometimes no, almost always with some kind of caveat. Now Auschwitz presents a new test much closer to home.

This month, the subject of who betrayed Anne Frank and her family has exploded onto the airwaves. A new book, prominently featured on “60 Minutes,” claims that the Franks were betrayed by Arnold van den Bergh, a member of the Joodse Raad, or the Jewish Council of the Netherlands. Van den Bergh was a scion of the Dutch-Jewish family that patented margarine and helped found the conglomerate Unilever.

He was also my cousin.

Anne Frank and her father, including Otto Frank, were Jewish refugees from Germany who went into hiding in Amsterdam during the Holocaust. They were discovered after two years and sent to concentration camps. Anne Frank and her sister died, probably of typhus, in Bergen-Belsen, where my grandfather also was sent and also contracted typhus but survived. Among the Franks, only Otto survived.

My father is the son of Henri (Opa) and Eva (Oma) van Leeuwen. Opa owned a casings factory in Holland, and Oma was the daughter of Nathan and Rosetta van Zwanenberg (née van den Bergh). Rosetta was the first cousin of Arnold van den Bergh. The allegations against Arnold and the story of my grandfather is a study in contrasts.

Opa is a hero to us, his descendants. After failing to get a visa to join his wife and children on the last boat out of Holland prior to the Nazi invasion, he forced himself into the Heineken Brewery and hid there as Nazis leveled Rotterdam. He was able to gain a fake identity and posed as a Protestant minister in order to pass notes to and from imprisoned members of the Dutch resistance. He was arrested and sent to Westerbork (a transit camp ironically built as a haven for German Jewish refugees prior to the invasion), then to Bergen-Belsen, where he miraculously survived. He died when I was eight.

My grandfather, unlike most others in the world, believed early on that Hitler meant business. Before the war, he published and wrote for a small publication aimed at his fellow Jews. In the 1930s he helped convince scores of German Jews to leave Germany while they could. He established the Dutch-based Jewish Colonization Society (with generous contributions from his in-laws) and went to the infamous Evian Conference in 1938, managing to convince a few delegates to work with him in resettling Jewish refugees. He laid his own life on the line when a guard in Bergen-Belsen discovered a Hebrew Bible belonging to a child in his barracks. Opa lied and said it belonged to him. For some reason, the officer opened the Bible, recited the first verse in perfect Hebrew, handed it back to him and walked away.

Oma’s cousin Arnold survived in another way. A prominent philanthropist, he was among the original members of the Joodse Raad, convened by the occupying Nazi forces and its puppet government. Its raison d’être was to communicate and implement all laws and decrees impinging on the Jewish community.

Like similar councils set up across Europe, the Joodse Raad determined that things would go better for the Jewish community if they accommodated these decrees and did not resist them. They did manage to get permission to “hire” thousands of people, which initially shielded them from deportation, but they also helped to implement deportation orders and in some cases even determined which Jews would be deported and which would be spared. Their strategy turned out to be a tragic miscalculation of epic proportions. Around 75% of Jews in Holland, including some German refugees, ended up being murdered anyway.

The evidence against van den Bergh appears to be a letter sent anonymously in 1945 to Otto Frank, Anne’s father, claiming van den Bergh shared the family’s hiding place with the Nazi-run Central Agency for Jewish Emigration in Amsterdam. Van den Bergh was able to escape deportation, going into hiding until after the war.

Dutch Jews still seethe when the topic of the Joodse Raad comes up. Hindsight is of course 20-20, but when Eichmann himself is quoted praising the remarkable efficiency with which Dutch Jews were being liquidated, you know you’ve got a serious problem. Many others come to the council’s, and to van den Bergh’s, defense, saying that no one can judge the choices Jews and non-Jews made under great duress.

This inner conflict used to be abstract for me, but now it’s quite personal.

With respect to my cousin Arnold, the debate on social media and among Holocaust scholars has been quite fierce. Some say the coverage of the book is motivated by a desire  to place more blame for the Holocaust on Jews and less on Nazis and their non-Jewish collaborators. Dutch Jewish scholars have called the report “rubbish” and “slander.” Others say the report is quite credible. The Anne Frank Huis, the museum inhabiting the building Otto Frank once owned and where his family hid, has charted a middle path, praising the investigators for coming up with new evidence and calling for more investigation.

After doing many hours of my own research, and with gratitude to a Jewish genealogy Facebook page for providing ample documentation, I have come to a conclusion: There is no conclusion.

I have much less confidence than the investigators that there is a smoking gun. We have no evidence that van den Bergh was able to trade information in order to stave off deportation; indeed, many in his extended family were murdered by the Nazis, as were most members of the council. He may simply have been able to bribe a few key people and go into hiding without betraying anyone.

However, the Joodse Raad did have information on addresses where Jews were hiding, as they were known to pass along letters to them. Van den Bergh is likely to have knowledge of some or more of them. Also, at least two members of that council were not sent to Auschwitz, but rather to places like Theresienstadt and Bergen-Belsen, which were not extermination camps (cold comfort). The investigators assert that van den Bergh not only was not deported, but rather he lived “openly” in Amsterdam — though I’ve found nothing corroborating this. And then, of course, there’s that anonymous letter.

I have always tried to model myself after Opa, the fundraiser-diplomat-fighter who embodied Hillel’s dictum: “In a place where there is not a mensch, strive to be a mensch.”

But now I learn that other members of my family chose a different course — one of accommodation, not defiance. Whether or not he betrayed the Franks, van den Bergh belonged to a council that helped the Nazis control the Jews. Did he go along to save as many Jews as he could, or to save himself? Certainly the Nazis knew they were presenting Jewish leaders with an impossible choice.

Although I am in no position to judge them for their behavior, I am left wondering: what would I do? Would I be Opa or Cousin Arnold? The truth is, unless one has personally traversed the crucible of the Holocaust, one cannot possibly know.

I remember something Opa once said: The only ones in the camps he could trust were the criminals and common thieves. I know for a fact that is not true, because everybody in the camps also trusted Opa. And so do I.

Jason van Leeuwen
is a rabbi and cantor who serves as spiritual leader of Temple B'nai Hayim in Los Angeles. He is also a chaplain and composer, and publishes on https://rebjasonblog.wordpress.com.
The views and opinions expressed in this article are those of the author and do not necessarily reflect the views of JTA or its parent company, 70 Faces Media.