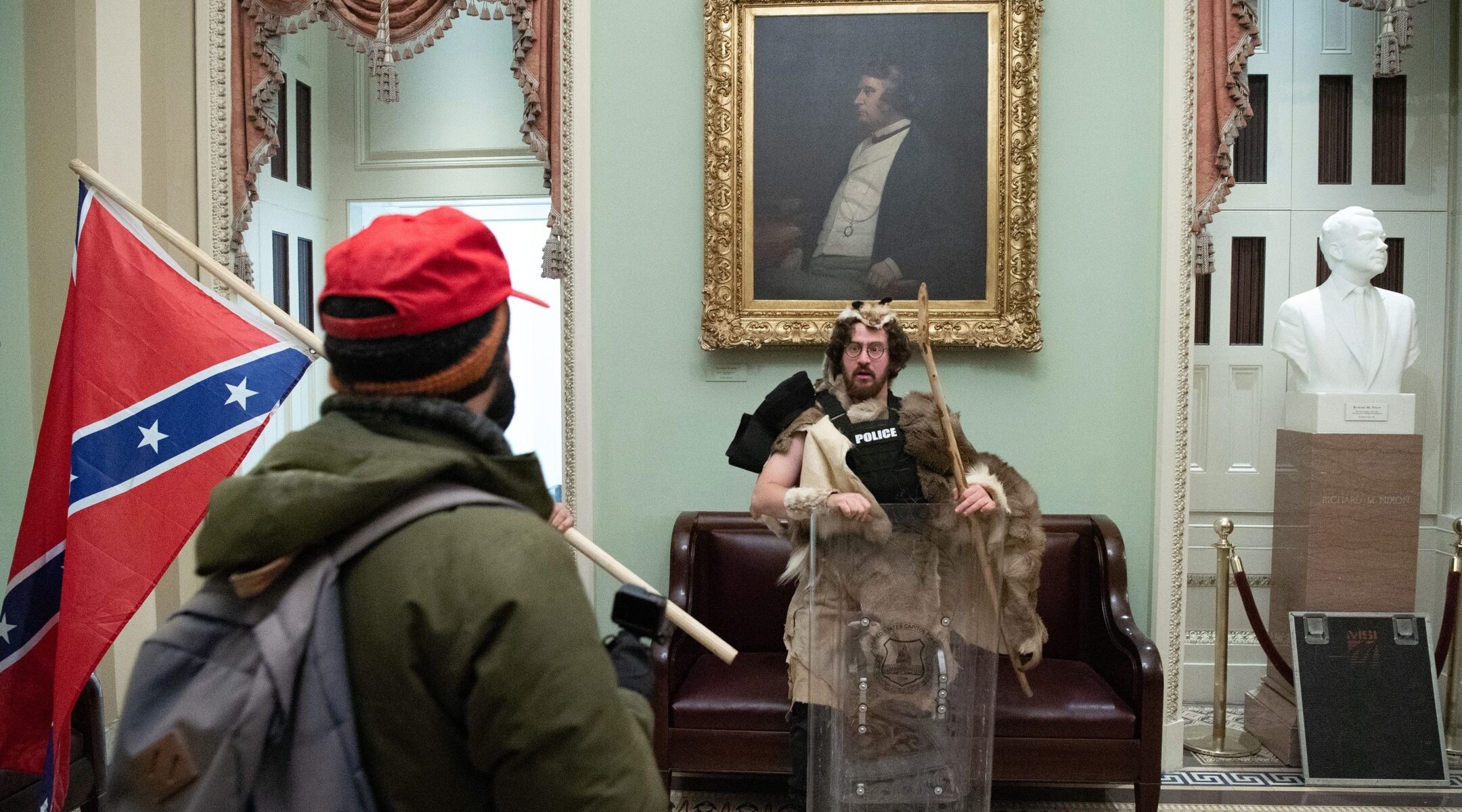 Aaron Mostofsky, a supporter of President Donald Trump, broke into the U.S. Capitol with other rioters, Jan. 6, 2021. (Saul LoebAFP via Getty Images)
Advertisement

(JTA) — Aaron Mostofsky, the Jewish judge’s son who wore fur pelts and a bulletproof vest when he entered the U.S. Capitol on Jan. 6, 2021, pleaded guilty in a federal court Wednesday to civil disorder, theft of government property and entering and remaining in a restricted building, NBC News reported.

Prosecutors dropped the most serious charge of interfering in an official proceeding. The civil disorder charge is a felony and has a maximum sentence of five years, although many of the 200 or so people convicted so far in the Jan. 6 insurrection have received minimal sentences. Mostofsky will be sentenced in May.

Mostofsky is the son of Steven (Shlomo) Mostofsky, a Kings County (Brooklyn) Supreme Court Judge and former president of the National Council of Young Israel, an Orthodox synagogue association. NCYI has been outspokenly pro-Trump in the past.

Mostofsky’s brother, Nachman, who serves as executive director of Chovevei Zion, a politically conservative Orthodox Jewish advocacy organization, also attended the protests but he has said he left before the mob entered the Capitol.