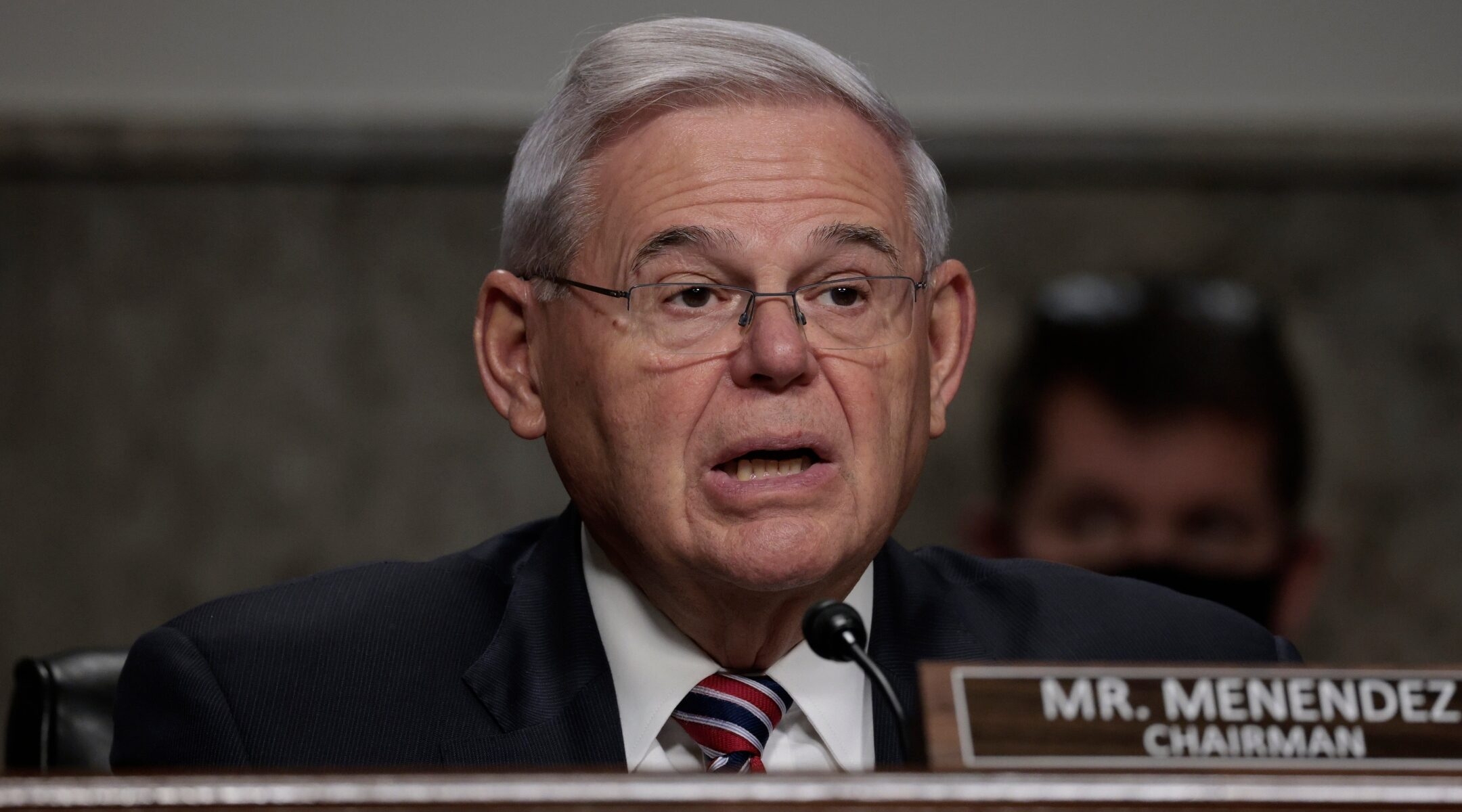 WASHINGTON (JTA) — Sen. Robert Menendez, D-N.J., launched a lacerating expression of no confidence in the Biden administration’s efforts to reenter the Iran nuclear deal, a sign that Congress will make what has been a rocky road even rockier.

“At this point, we seriously have to ask what exactly are we trying to salvage?” said Menendez, speaking Tuesday evening on the Senate floor.

Menendez is chairman of the Senate Foreign Relations Committee and will have the power to exact considerable oversight over the reentry of the United States into the deal, which trades sanctions relief for Iran’s rollback of its nuclear program.

President Joe Biden wants to reenter the deal, brokered in 2015 by the Obama administration when he was vice president and squelched under Donald Trump, because he sees it as the most efficient means of keeping Iran from becoming a nuclear weapons power.

Menendez said he was optimistic at first about Biden’s plans to reenter the deal as long as Iran agreed to extend its nuclear enrichment rollback provisions and expand the deal to cover missile delivery systems.

However, Iran has proven recalcitrant especially since the election last year of a hard-line government under President Ebrahim Raisi, and Menendez wondered what the point was of continued negotiations to reenter the deal.

“I have yet to hear any parameters of ‘longer’ or ‘stronger’ terms or whether that is even a feasible prospect,” he said in an hour-long speech. “And even when it seemed a constructive agreement might be possible last summer, upon taking office, the Raisi government abandoned all previous understandings and, as I mentioned, made absolutely clear that Iran’s ballistic missiles and regional proxy networks are ‘not negotiable.’”

Menendez called on Biden to institute greater pressure on Iran, something the administration has been reluctant to do, fearing that will cut off any chance of reentering into the deal.

“These new efforts should include creative diplomatic initiatives, stricter sanctions enforcement, and a steely determination from Congress to back up President Biden’s declaration that Iran will ‘never get a nuclear weapon on my watch’,” he said.

The American-Israel Public Affairs Committee, wary of Biden reentering a deal that it opposed in 2015, retweeted a video of Menendez’s speech, calling it an “important statement.”

Critics of the speech included NIAC Action, a group representing Iranian Americans who seek to deescalate tensions between Iran and the United States. Menendez has “been dangerously out of touch on Iran for years, and has never proposed a viable alternative that could do a tenth of what the JCPOA achieved,” wrote Ryan Costello, NIAC’s policy director, using an acronym for the deal.

Trump pulled out of the deal in 2018, reinstituting sanctions suspended during the deal and adding many more. In retaliation, Iran stopped complying with components of the deal and stepped up its enrichment of nuclear fissile material. It is now close to weaponization levels.

Menendez was among a handful of Democrats who opposed the 2015 deal, but who also opposed Trump’s 2018 withdrawal, saying it would make matters worse.