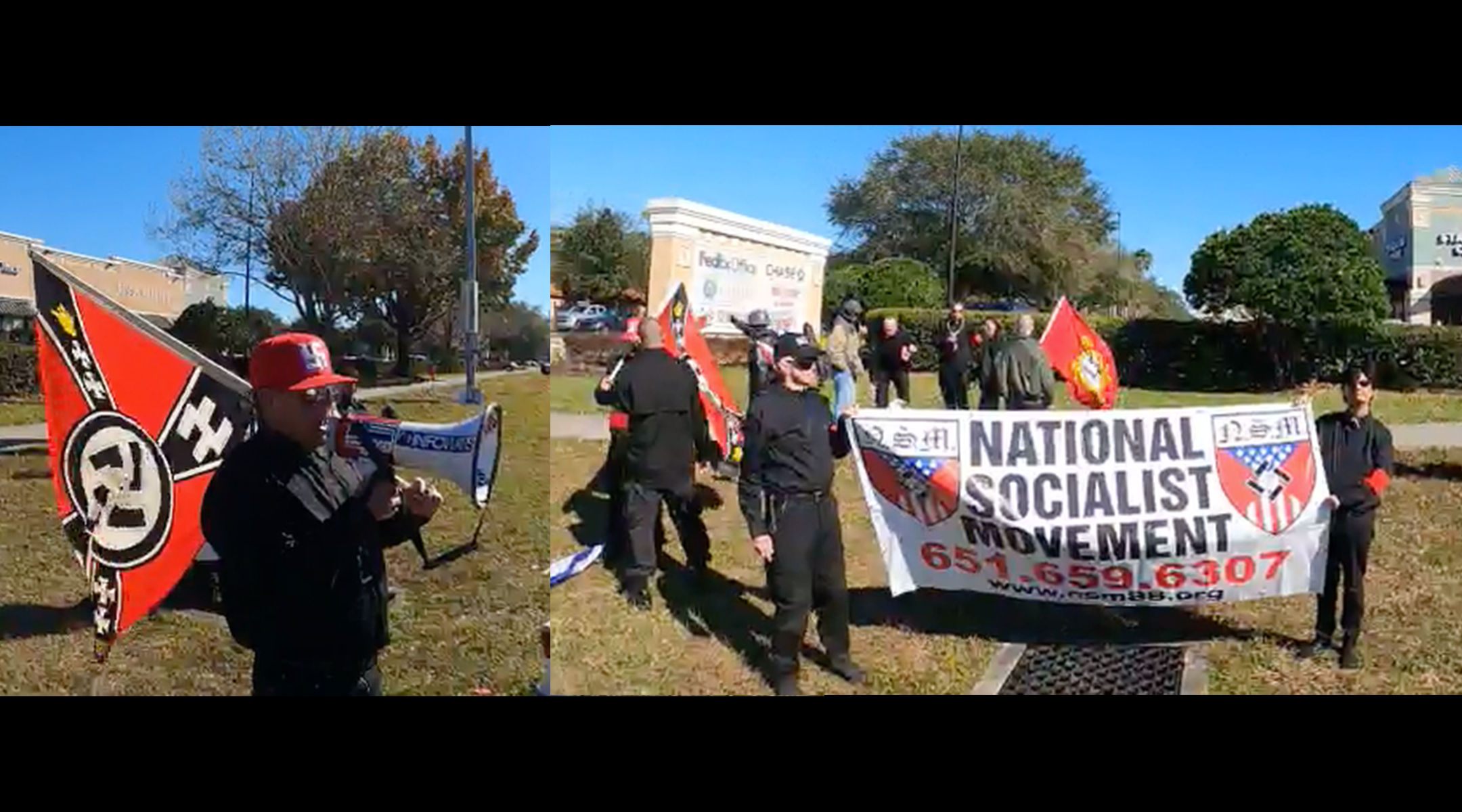 (JTA) — Police in Orange County, Florida, arrested three men accused of violence and theft during a neo-Nazi rally in Orlando that made national headlines.

Local media identified the men as Joshua Terrell, 46; Jason Brown, 47; and Burt Colucci, 45. Terrell and Colucci are charged with battery, but officials said that charge could later be elevated to a hate crime. Brown is charged with theft.

The rally on Jan. 29 at an overpass drew about 20 people identifying with the neo-Nazis, who shouted slurs at passersby. The arrests appear to be related to a pepper-spray attack on a Jewish man who approached the neo-Nazis after one spat into the sunroof of his car.

The man got out of his car and identified himself as Jewish, the reports said, and assailants pepper-sprayed and punched him and knocked the phone out of his hand. He got back into his car and a man continued to spit at him.

The alleged attack came during a weekend of antisemitic incidents in Washington, D.C., in Canada and in Chicago, and just weeks after an antisemitic assailant held a rabbi and three congregants hostage in a Texas synagogue.