As antisemitism rises in New York, local politicians share tools to fight it 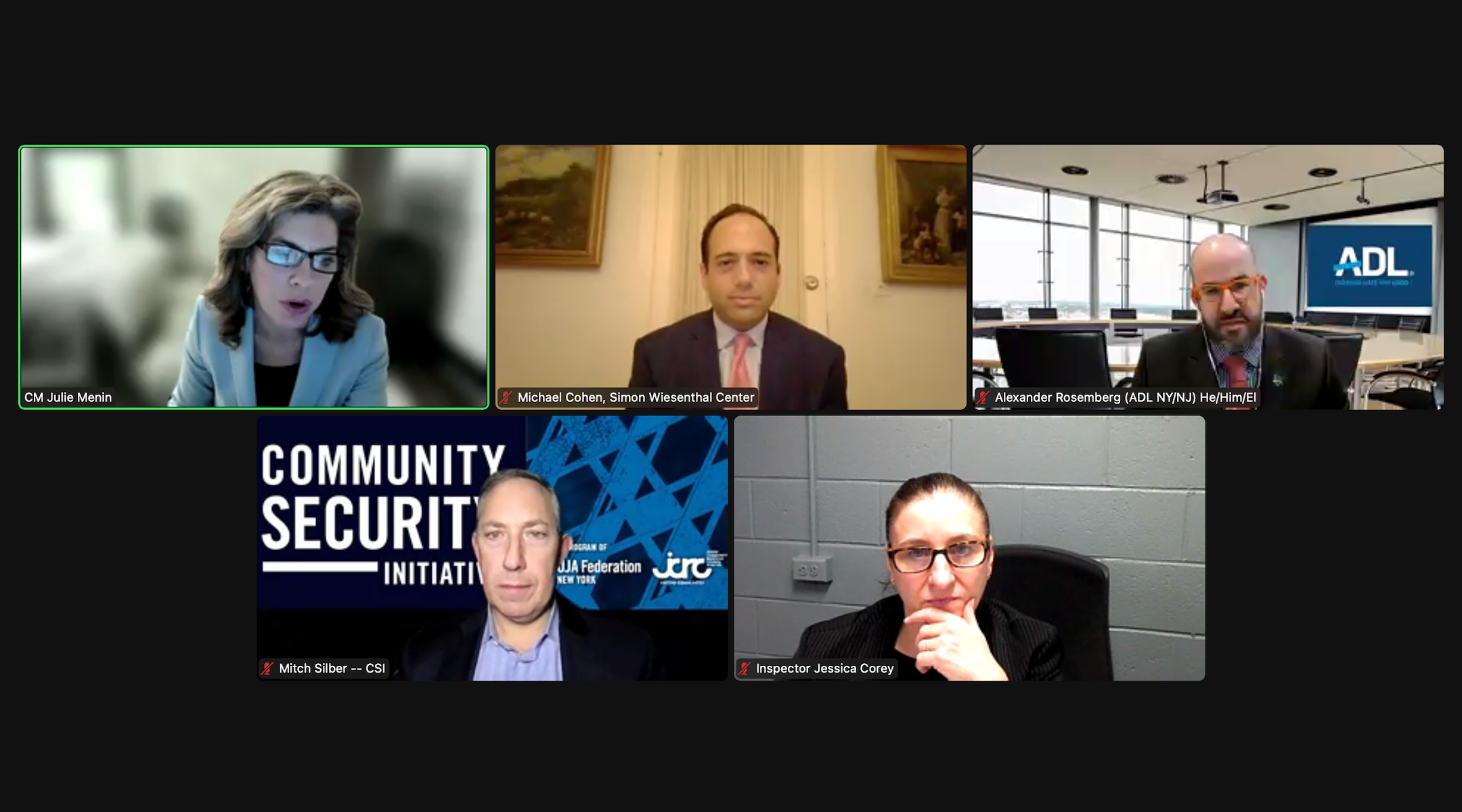 The event, co-hosted by the Simon Wiesenthal Center, drew some 200 attendees and brought together politicians and representatives from Jewish organizations and the NYPD to discuss how to quell antisemitism.

Just this past weekend, there were three alleged antisemitic attacks in Williamsburg. They included an assault on a man wearing Hasidic garb and a graffiti attack on yeshiva school buses.

Residents in Menin’s district were also unsettled when, in early January, a woman found a swastika stamped on a $100 bill dispensed by a Chase Bank ATM on 86th Street. The next day, the Second Avenue comedy club Comic Strip Live compared vaccine mandates to the Holocaust in an Instagram post.

Menin — who last night noted her personal connection to the issue as the daughter and granddaughter of Holocaust survivors — condemned all of the recent events.

Senate Majority Leader Schumer— who recently spoke at a confirmation hearing supporting scholar Deborah Lipstadt as the U.S. State Department’s antisemitism monitor — provided opening remarks at the town hall and also spoke of relatives he lost in the Holocaust. Schumer called for doubling funding for the federal Non-Profit Security Grant program from $180 million to $360 million. He noted that about a quarter of that funding goes to New York to harden security at religious institutions and other nonprofits.

Dinowitz, whose district covers the northwest Bronx, emphasized that antisemitic incidents are not always violent attacks — often, they appear as implicit biases or remarks in daily life. He chairs the council’s Jewish Caucus.

Inspector Jessica Corey, the commanding officer for the NYPD Hate Crimes Task Force, and Inspector Melissa Eger of the 19th precinct on the Upper East Side spoke about how and when to contact law enforcement when witnessing a hate crime. They emphasized that while social media can be effective, witnesses should call 911 to report a crime, using physical identifiers and as many specifics of the incident as possible.

Rick Sawyer, the special counsel on hate crimes for the state Attorney General, explained the type of civil lawsuits that his office can pursue against implicit bias and discrimination. Jonah Boyarin, the Jewish liaison for the NYC Commission on Human Rights, noted the different workshops his office can provide, such as bystander intervention training.

Other panelists included Mitch Silber, executive director of the Community Security Initiative, and Alexander Rosemberg, the deputy regional director of the NY/NJ branch of the Anti-Defamation League.

“By reporting, you drive data, which drives policy,” said Rosemberg. “This is how you can affect change.”

Michael Cohen, the eastern director of the Simon Wiesenthal Center, spoke of his organization’s role in educating children about antisemitism and tolerance. He lauded the center’s newest educational initiative, the Mobile Museum of Tolerance, which will visit schools across the state. Last month the state Assembly announced $1.5 million in capital funding for the mobile museum.