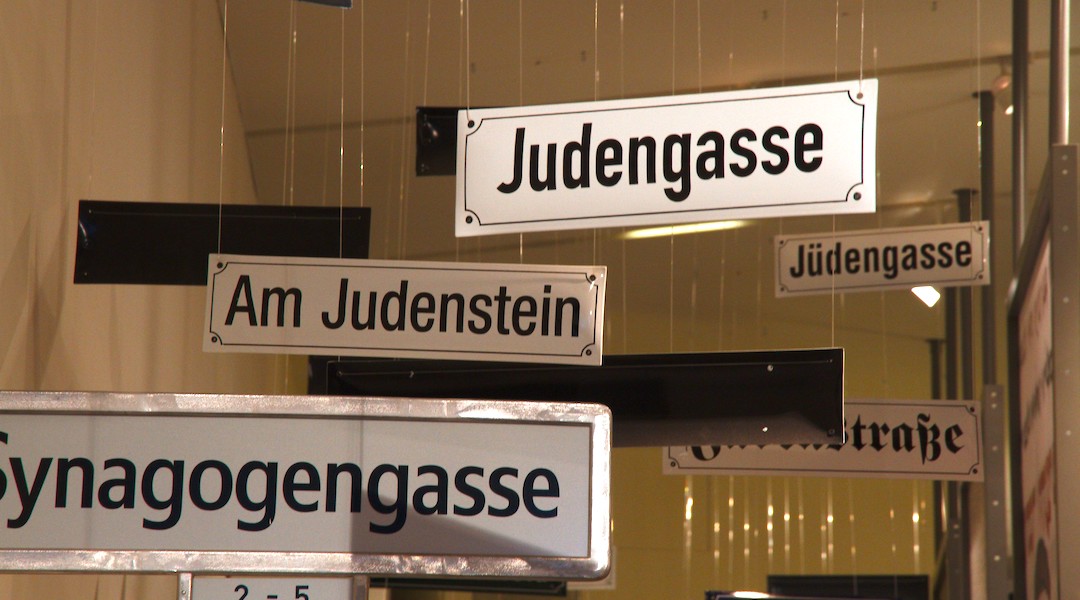 (JTA) — A German dictionary entry for the word “Jew” has been changed after members of the country’s Jewish community complained that the definition was problematic.

The definition offered by the Duden dictionary, once of the most authoritative German dictionaries, had included a note that the term is sometimes used as a derogatory slur in addition to being the simplest way of referring to Jews. But German Jews pushed back against the inclusion of the use of the word “Jew” as a slur, saying the term is the correct one and should be used without qualification.

“Even if ‘Jew’ is used pejoratively in schoolyards or only hesitantly by some people, and the Duden editors are certainly well-meaning in pointing out this context, everything should be done to avoid solidifying the term as discriminatory,” Joseph Schuster, the head of the Central Council of Jews in Germany, told the Associated Press.

The entry was updated Monday and included the Central Council of Jews in Germany’s approval of the use of the term.

The word “Jew” has long been considered by some, especially non-Jews, to be derogatory, leading some to instead prefer the adjective “Jewish” to the more succinct or blunt noun, “Jew.” Jewish institutions in previous eras also adopted alternatives to the word “Jew” in their names, preferring terms like “Hebrew” and “Israelite.”

Sarah Bunin Benor, a professor at Hebrew Union College who writes about Jews and language, told the Jewish Telegraphic Agency in 2020 that people have historically avoided using the word “Jew” to avoid sounding antisemitic, even though the word is not inherently derogatory.

“Many people assume that it’s a slur because they know that Jews are historically a stigmatized group, so they’re concerned about using it because they don’t want to sound offensive,” she said.