Is it safe? A new play explores the unease of modern French Jews in the face of antisemitism 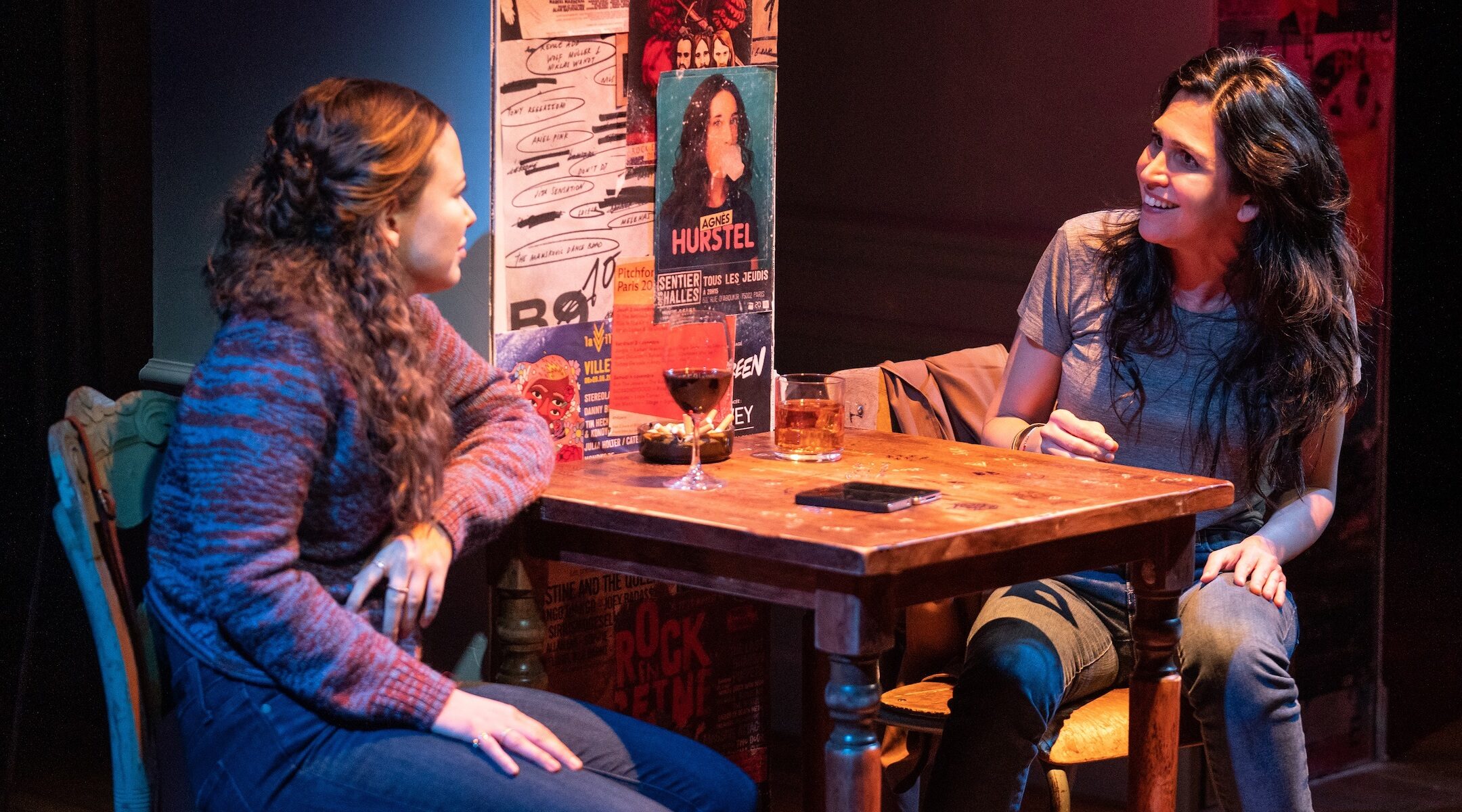 (New York Jewish Week via JTA) — Playwright Joshua Harmon (“Bad Jews,” “Admissions,” “Skintight,” “Significant Other”) is a provocateur by nature. His paradoxical questions about his own identity often surface in his work: What is a good Jew or a bad Jew? What is the responsibility of a white student toward affirmative action? What does it mean to be gay and single among married women besties?

In his latest play, “Prayer for the French Republic,” Harmon wonders: As a Jew, when is it time to leave? Set primarily in France in 2016-17, with passages that flash back to 1944, the play follows a Jewish family asking the same question their Jewish Parisian forebears contemplated 70 years earlier.

Directed by Tony Award winner and two-time nominee David Cromer (“The Band’s Visit,” “The Sound Inside”), the off-Broadway play began performances at Manhattan Theatre Club Jan. 11 and has extended its run to March 27, due to intense demand.

Featuring five generations of the French Jewish Benhamou family, “Prayer for the French Republic” articulates the very particular fear so many Jews carry. As they grapple with their identity (Are we French? Are we Jewish? Both?) in the midst of rising antisemitism, the audience must confront these same questions about belonging, assimilating, continuing tradition and feeling safe.

Harmon began working on the idea seven years ago, and hand-delivered an early draft of the play to Cromer two-and-a-half years ago in an attempt to woo him to direct. Even in its earliest state, Cromer says, the play was compelling and thrilling.

The New York Jewish Week spoke with Cromer about developing the play, the parallels between French Jewish identity and American Jewish identity, and how his own Jewish background impacts his view of directing the buzzed-about work.

This interview has been edited for length and clarity. For tickets and information visit manhattantheatreclub.com.

New York Jewish Week: This is your first collaboration with Josh, yet your sensibilities seem to complement each other exquisitely in this. You workshopped the piece together, you had a reading in 2019. What did you discover during this development?

David Cromer: We knew we had to sustain the complexity of the problem they’re trying to solve. We had to constantly be paying attention to: What is the state of “Should we leave?” For everybody. And who’s on [what page], where, and when. It needed to be parsed in as many ways as possible because we think there’s an easy answer, but none of the choices we make are ever between one obviously right thing and one obviously wrong thing. We’re always between, “I think this is right, but I’m not sure.” And both have terrible consequences. 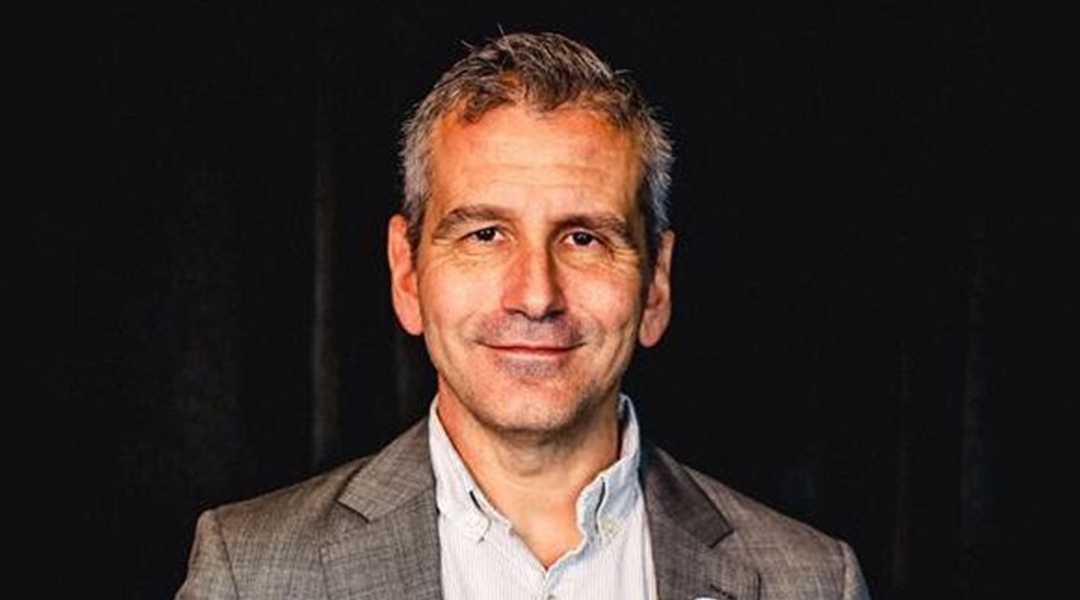 I remember as an eight-year-old learning about all these signs of violence before the Holocaust and asking, “Why didn’t they leave then?” Now as an adult, I’m asking, is the deadly shooting at Pittsburgh’s Tree of Life synagogue another Kristallnacht? You can make so many parallels. So this question about when it is time to leave is very real. I wonder how it sits with you and how you present that to an audience.

The thing that I identify with most — the one thing I’ve learned about life — is it is very easy to look back and say “it’s so much worse now. The world is so much worse.” No. It’s always been worse. The difference about the past is we know what happened. So for good or ill, it’s concluded. The present, you just don’t know what’s going to happen a second from now. So when we’re in theater, when we’re talking about living in the moment, that is the reality.

What’s great about this play is that some people in the room are saying, “it’s time to get out.” And other people are saying, “What are you talking about? You sound like a crazy person. It’s fine. [Right-wing French presidential candidate Marine] Le Pen’s never gonna win.” One of the great and chilling things about the play is Pierre [a 91-year-old Holocaust survivor] saying at the end of the play, “We couldn’t leave — all our money was tied up in the pianos.” If I say to you, “Leave now, Ruthie,” you’re gonna say, “Now I have to write this piece, walk the dog, all my stuff is here. I’m supposed to go to Vegas next week” or whatever. So you hope it’ll be okay. You hope cooler heads will prevail. And our life is the difference between whether we just keep hoping or whether we go when it’s time to go. Hope for the best or expect the worst.

Did you grow up with any sense of fear that this could happen again at any moment?

No, I did not. I thought what a lot of people think, which is: That was before. We learned our lesson. People will tell you it’s always been happening, it just depends on your [point of view].

You can make an argument that a person’s sense of safety is merely an illusion. If you were realistic, you would understand that danger is constant and everywhere. But the thing is — like we were saying earlier — I also hope. We have to live in some kind of hope.

In the years that you’ve worked on this play, how has your personal perspective on the family’s plight evolved? Are there times where you’re fully on the side of “you gotta get out”?

I’m on everyone’s side. That’s one of the things I sort of love about the play. And at various times in the play everyone’s on a different side of the issue. It changes constantly. It depends on how hopeful you feel today, how afraid you are, whether something that happens to you personally, when it gets too close. It’s a moment-to-moment thing and it can change. And that’s why looking back and saying decisions are easy is the thing that’s so — that’s why just living in the present is so difficult. It changes constantly.

I think about that line in the play about “when they come to get you, they don’t ask about your religiosity.”

That’s Charles’ line: “Last I checked when they come to get you, they don’t ask your opinion. [They don’t say,] ‘Hey, this guy thinks [religion’s] bullshit. Leave him alone.’ No, you’re getting shipped off to the same place as the rest of us.”

I did an episode of my podcast on Steven Levenson’s play, “If I Forget,” and this idea of building Jewish identity around the wound of the Holocaust, around the victimization. What does it mean for us to build identity around what other people say we are?

We’ve been very lucky in this country. Comparatively, we have it really good. But it is always the same plight. There are, for some reason, people around us who wish us ill and that’s the case with everybody.

The thing that I think was difficult for most of us to grasp is how bad it is in France. How it doesn’t feel like the government likes Jews. That’s how a lot of French Jews feel — not all of them, because you’re gonna get a different opinion from everyone. We had this wonderful letter from a French Jew who left France. She wrote in this letter to Josh, “I felt that the divorce between France and its Jewish population had been finalized, so I left.”

All credit to Josh’s brilliant writing and to your cast, but I think that the combination of his words and your direction captures this in-between feeling that Jews often feel in such a way that I’ve never been able to articulate or see. Thank you for that.

I’m not trying to undermine that, but I’m saying that the universal is in the specific. I love working on anything that is that intensely specific because it reminds everyone that that feeling is universal. Everyone’s guilty of suppressing somebody. We’re harming someone. We all do it every day. It’s trying to understand that amount of rage. I don’t know if I wanna understand that. I don’t know if I wanna live through it. To hate that much is chilling to me and it is confusing to me and it is terrifying. It is difficult to feel safe.