In Brooklyn’s ‘Little Odessa,’ Jews from Ukraine and Russia find the war ‘terrifying’ 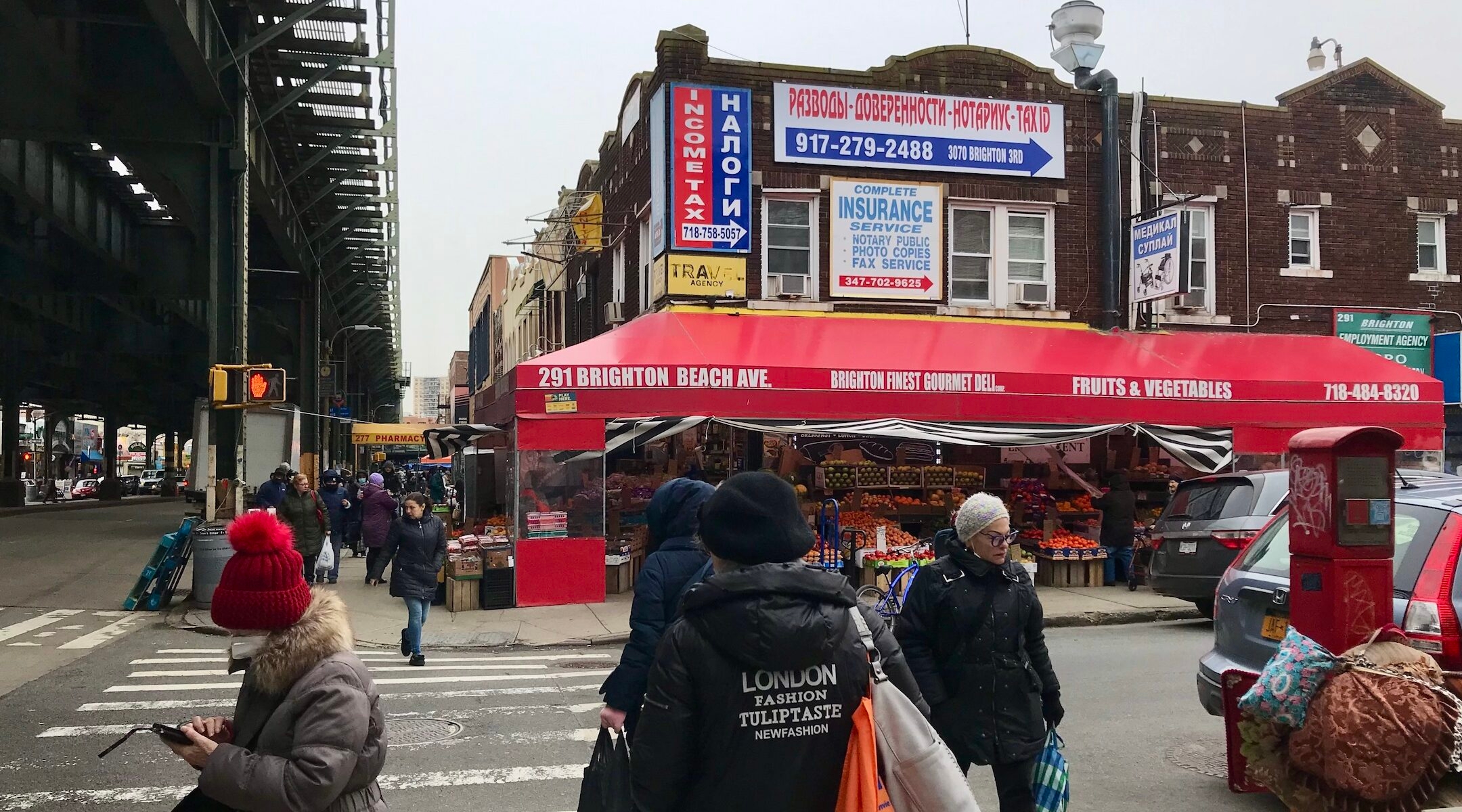 (New York Jewish Week via JTA) — In Brighton Beach, New York, a community in Brooklyn known to many as “Little Odessa,” named after the port city in Ukraine, many Jews are struggling to navigate the fear and uncertainty that has wracked the community as Russia wages an unprovoked war on their former country.

In the weeks of saber-rattling by Russian President Vladimir Putin, and with Russia’s invasion on Feb. 24, many have become distraught and terrified thinking about what might happen to the towns they grew up in and to their families and friends still living in Ukraine.

The seaside neighborhood, where English is still heard less often than Russian and Ukrainian, is a thriving enclave of Jews who moved to the United States in the 1970s, ’80s and ’90s as refugees from the former Soviet Union. Cyrillic signs mark the restaurants, pharmacies and stores on Brighton Beach Avenue, a main commercial street that runs parallel to the Coney Island boardwalk.

The American Jewish Committee estimates that there are 300,000 Russian-speaking Jews in New York, and most have maintained a strong sense of community and connection to their home countries.

Ruda, whose colleagues include several other women who immigrated from Kyiv over the last 30 years, has spent days on the phone trying to connect with her grandchildren, who are trying to leave Ukraine via Poland. She has also been calling the Polish and Ukrainian consulates in New York.

Daniel Zeltser, the chief operating officer of JCC Brooklyn, has been fielding inquiries from community members all over the borough. JCC Brooklyn has branches in North Williamsburg, Bay Ridge, Kings Bay, Clinton Hill, and Windsor Terrace.

“There’s a lot of desire to be human and desire to truly be of help in a variety of different ways from financial to personal,” Zeltser said, “But there is also a lot of confusion, fear and terror being felt by the families trying to connect and understand the human toll that all of this is going to be taking. This is still so fresh. It just happened and it’s still happening.”

Some of those calling him are Americans who have no personal connection to the war and no Ukrainian family members, and yet who are still pained by the situation and the potential suffering of the Jewish communities there. Others contacting Zeltser are first- and second-generation immigrants who still have dozens of family members, relatives and other connections in Ukraine. All are wondering what there is to be done and how they can help.

For now, Zeltser has been connecting these callers with his colleagues in Moldova, where his former yeshiva in the capital city, Chișinău, is currently hosting 200 Jews from Ukraine who are trying to get visas to Romania and then eventually relocate to Israel. He’s helping to organize clothing and other home donations for when that group makes it to Israel.

Zeltser also said that Jews, so many of whom have roots in Eastern Europe, are eager to make their voices heard. In the last few days, he has helped direct people to protests in front of the United Nations and throughout Manhattan and encouraged them to call their elected officials.

Samuel Kliger, the director of Russian and Eurasian Affairs for the American Jewish Committee, explained that the majority of Russian-speaking Jews in New York are expressing solidarity with Ukraine and support Ukraine’s territorial integrity, regardless of which country they immigrated from. He added that many from the community have been attending protests at Russian diplomatic headquarters in New York.

There are small groups, Kliger said, whose members believe Russia has a legitimate claim to invade Ukraine, although without as much military aggression, and an even smaller group that supports the military invasion. But the divide is more along political beliefs than support for one’s home country. 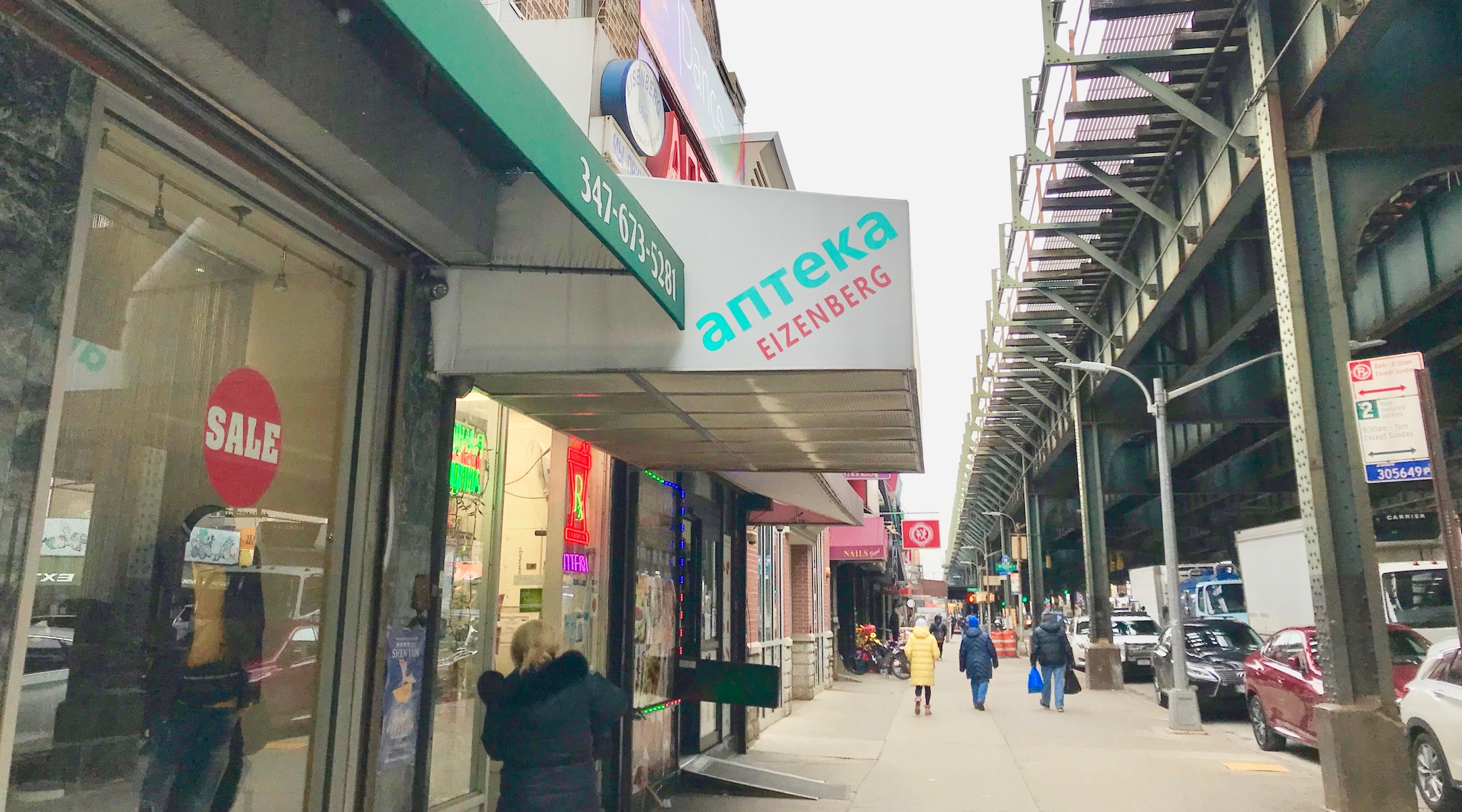 “There is no significant difference between Russian Jews or Ukrainian Jews because they identify themselves as Jewish in the first place [more than] where they’re from,” Kliger told The New York Jewish Week. He noted that in the last 10 years, many Jews in the community have been deliberately identifying themselves as Ukrainian Jews or Russian-speaking Jews, not Russian Jews, a trend that will likely grow after the invasion.

“The notion here in the community is that [the invasion] is a very bad thing. They definitely blame Russia for that,” he said. Kliger has also been encouraging those who reach out to his office to write to their local congressperson, sign petitions, and attend protests, though it can feel futile sometimes.

A largely conservative community whose district went for Donald Trump in the 2020 election, the Russian-speaking Jews of Brighton Beach do not seem to be buying into arguments from some Republican commentators who either admire Russian President Vladimir Putin or who suggest he has legitimate grievances.

Inna Vernikov, a Republican and the area’s newly elected City Council member, was born in Ukraine and immigrated when she was 12.

Vernikov herself has taken a strong stance in publicly condemning Russia and Putin.

“I cannot remain silent while a power-hungry tyrant, President Putin, launches senseless attacks which have already taken and will continue to take the lives of innocent men, women, and children. As a Ukrainian-born American Jew, I strongly condemn Russia’s unprovoked act of aggression against the people of Ukraine,” Vernikov said at a City Council meeting on Thursday.

“We feel betrayed by Putin and by Russia,” agreed a woman at the Knesset Adult Day Care in Brighton Beach – where, she said, visitors are discouraged from discussing political topics in order to keep the center sociable and friendly. “We just want there to be peace again.”

Zeltser explained that ​​many in the community were shocked that Russia would actually invade Ukraine. “There’s always been this continuous underlying connection that people have had between the two nations,” Zeltser said. “People didn’t believe that this was going to happen.”

Zeltser moved to the United States from Moldova with his family when he was 16.

“I’m at home right now with my seven-and-a-half-year-old and my eight-months-old as I’m hearing the stories of people who packed up whatever they could pack up and they’re hugging their children. I’m watching these things online, fathers hugging their daughters and sending them to the safe zone while they’re themselves standing to fight,” said Zeltser. “This is just terrifying.”