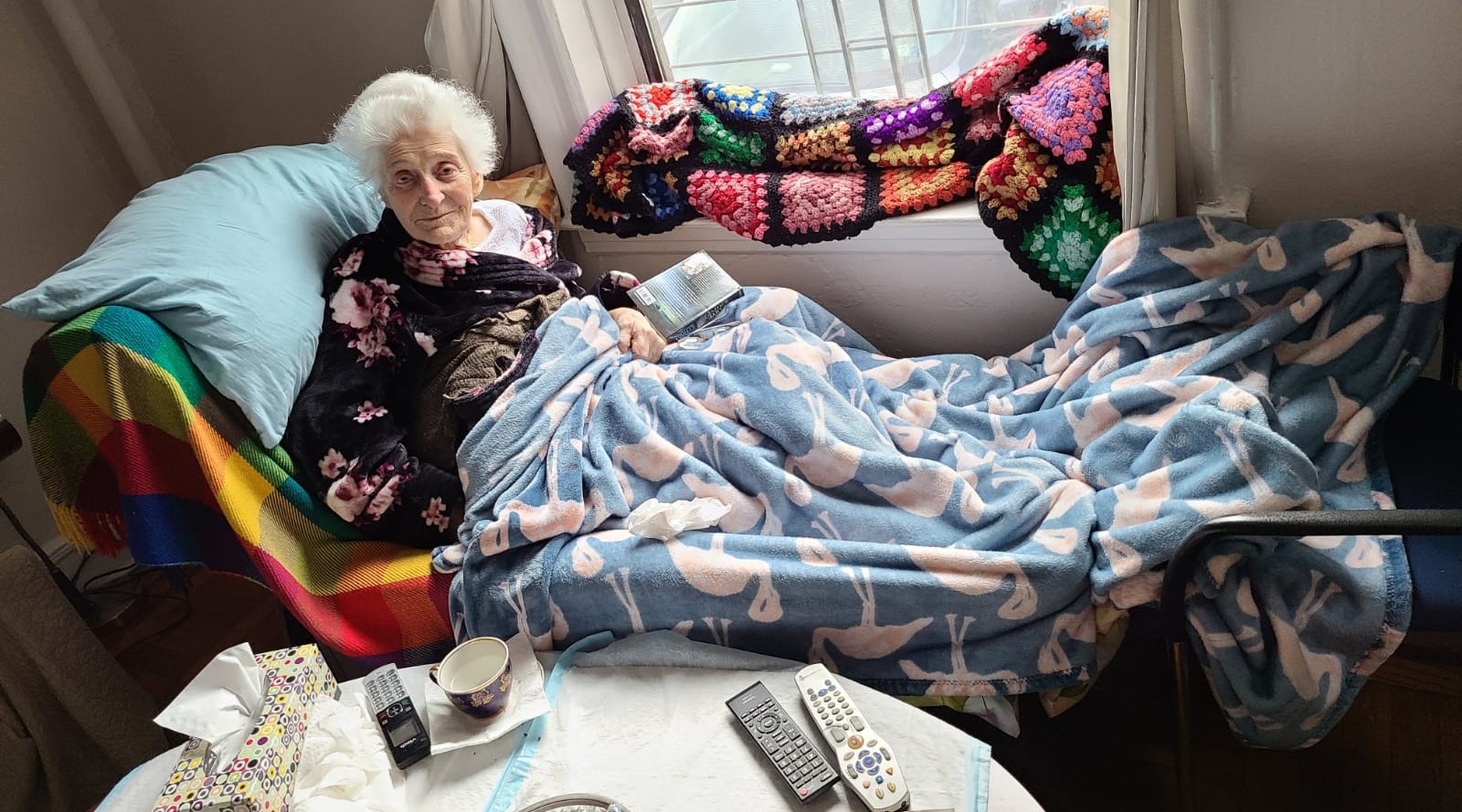 Of the estimated 65,000 Holocaust survivors in the U.S. (including Dina, 89), the majority are Russian speakers. (Courtesy of JCH Bensonhurst)
Advertisement

This story was updated to include a response from the cable provider.

“We were shocked to learn that Optimum TV’s Russian cable package includes channels such as Channel 1 Russia, NTV Russia and RTR Planeta, among others that are known for disinformation campaigns and pro-Putin propaganda,” the letter, dated March 2, reads. “These networks air shows and talk shows that downplay the Holocaust and attempt to cover up the former Soviet Union’s antisemitic practices by brainwashing their viewers.”

Russian television stations are being accused elsewhere of downplaying or ignoring the extent of Russia’s attacks on major Ukrainian cities. Russia-1 and RTR Planeta are state-owned; NTV is owned by Russia’s state-controlled energy firm, Gazprom.

The letter was signed by the Borough Presidents of Bronx, Manhattan and Queens, six state senators, 13 state Assembly members and 13 City Council members, on “behalf of Holocaust survivors in New York.”

35 elected officials join The Blue Card in calling on Optimum to pull channels promoting Russian propaganda – thank you to all for your support! pic.twitter.com/58QLlgJCPx

The Blue Card, which provides direct financial assistance to needy Holocaust survivors, noted that many of the 65,000 Holocaust survivors in the United States are Russian speakers. The “propaganda aired on these channels can trigger memories from the Holocaust” and “experiences of antisemitism in the Soviet Union, often causing feelings of distress, anxiety, depression and PTSD syndrome,” according to the letter.

Blue Card joins other organizations and municipalities seeking to punish Russia in the wake of its unprovoked invasion of Ukraine. New York City Comptroller Brad Lander said he plans to recommend that city pension boards divest Russian assets in their portfolios, and the Metropolitan Opera announced on Sunday that it will no longer work with pro-Putin artists or organizations. The European Union is looking to ban Kremlin-backed media outlets.

Optimum provides internet, TV and phone service across the Tri-State area. Founded in the 1970s, it was acquired by Cablevision and then purchased by Altice in 2016, becoming the country’s fourth-largest cable provider.

In response to a request for comment from The New York Jewish Week, an Altice spokesperson sent an article from industry publication Cablefax stating that International Media Distribution, a division of Comcast-NBCUniversal that provides international channels to numerous cable providers (including Altice/Optimum), will no longer be providing Channel 1 Russia to its customers, as of Wednesday night.

On the morning of Friday, March 4, the spokesperson wrote in an email to The Jewish Week that they have removed RTR Planeta and NTV America from its platforms, adding that Optimum does not carry NTV Russia.

On the home page of its web site, Optimum.net, a notification states it is “making connecting with loved ones in Ukraine easier”: All calls and text messages to the country are free during the month of March.