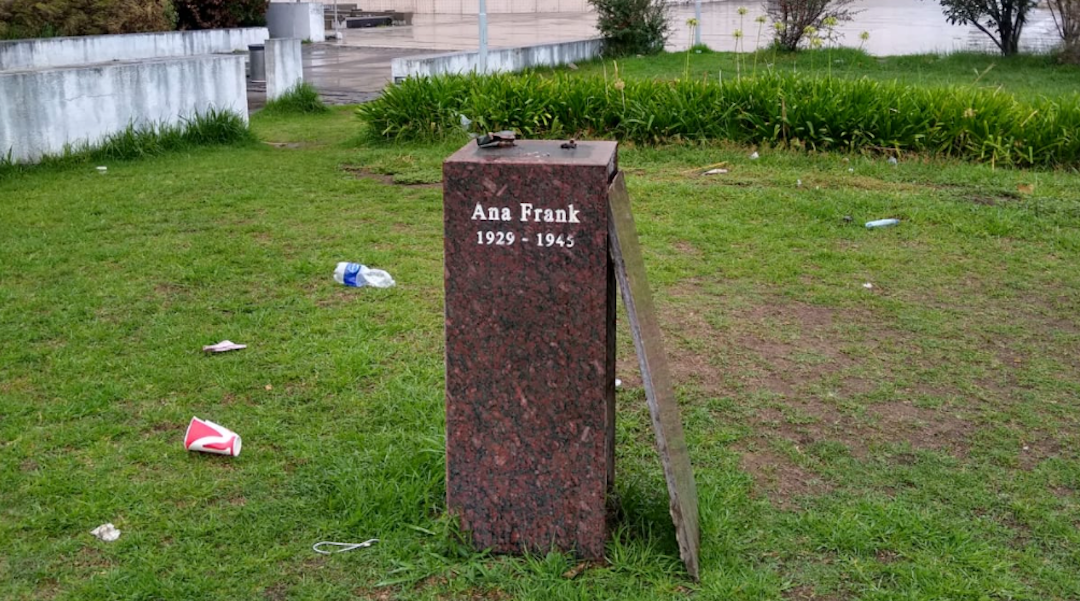 The empty site of the Anne Frank statue in Buenos Aires. (Netherlands Embassy in Argentina/Twitter)
Advertisement

BUENOS AIRES (JTA) — Vandals have stolen this city’s memorial to Anne Frank in what Jewish leaders are calling a crime likely motivated by the value of the statue’s metals, not antisemitism.

The Netherlands’ embassy in Buenos Aires tweeted an image of the statue’s spot on Friday alongside a message condemning the robbery. Police have not released any details.

Several bronze and other metal statues have been stolen throughout the city in recent years, by what some have called a “bronze mafia.” The largest Jewish cemetery in the wider Buenos Aires province has been robbed repeatedly since last year.

“If this were a case of antisemitism, there should be some vandalization of the statue, some signs, they should have destroyed the statue. But that isn’t the case. It is for the metal,” Ariel Gelblung, the Simon Wiesenthal Center’s director for Latin America, told the Jewish Telegraphic Agency.

The Wiesenthal Center’s Latin American branch called for a swift response from authorities.

The statue is a replica of the one located in Amsterdam, where Anne and her family were hidden during World War II. The Argentine version was inaugurated in 2014 in the Kingdom of Netherlands Square in Buenos Aires’ Puerto Madero district, a popular tourist area.

Rabbi Awraham Soetendorp, a Dutch Holocaust survivor and former president of the European Union for Progressive Judaism, was the main speaker at the ceremony. He said that a Dutch housewife took him in as a three-month child hidden in a suitcase in occupied Holland seven decades earlier.

“I am here because of human compassion,” he said.

There is also an Anne Frank House and Museum in Buenos Aires, which was inaugurated in 2009.