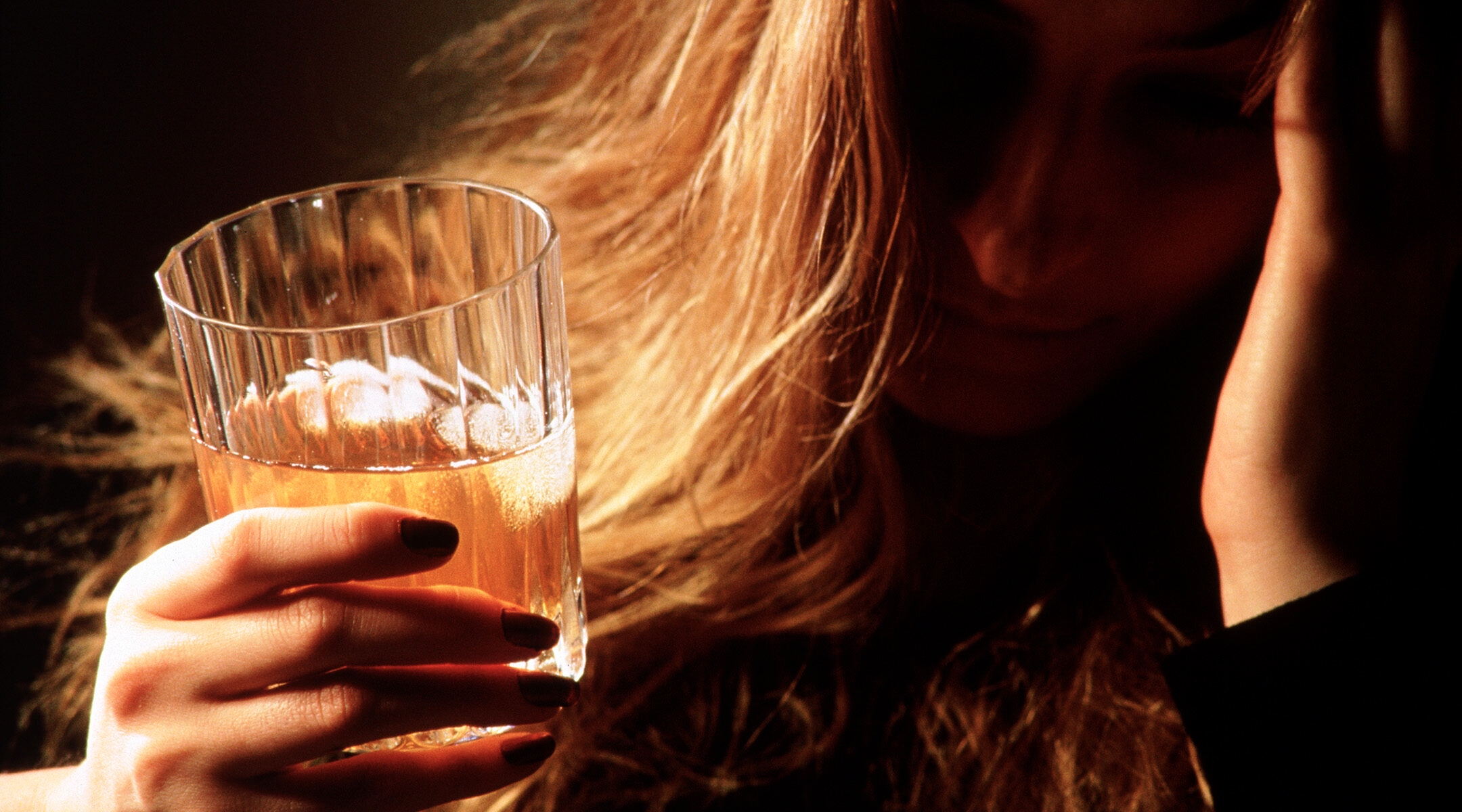 On Purim, what is festive to some can be a nightmare for others. (Robert Essel/Getty Images)
Advertisement

(JTA) — When Jerry was 21, he was invited to a “white kiddush,” a twist on the Shabbat eve service that substitutes vodka for the traditional wine or grape juice. It took place during Purim, the Jewish holiday when alcohol is not only permitted but often encouraged.

While there, he was poured 16 ounces of straight vodka in a glass. As he became inebriated, he grew belligerent — and rather than help, his fellow congregants egged him on.

“I definitely blacked out,” said Jerry, who asked that his real name not be used. “My only memory is yelling obscenities at the top of my lungs during the service and getting a lot of encouragement for doing so. Everyone thought it was funny.”

At the time, he didn’t realize that he had an alcohol use disorder — but he spent the next 12 years battling the disease.

“If you’re wondering if you’re an alcoholic, then you are one,” he said.

Most Jews consider Purim, which begins this year on Wednesday evening, to be a time of drinking — and some believe heavy drinking. The holiday’s story in the Book of Esther begins with a drinking party thrown by the king of the Persian Empire, Ahasuerus. From there, it’s the tale of the Jewish Queen Esther and her cousin, Mordechai, who team up to defeat the treacherous Haman, the court adviser who has plans to wipe out all Jews. The upbeat holiday celebrates Esther and Mordechai’s victory over their enemy.

In the Talmud (Megillah 7b), Jews are commanded to “l’vasumai,” or to “become intoxicated” on the holiday, to the point that they cannot tell the difference between Haman and Mordechai.

There is a debate about how far “intoxicated” should go. What is festive to some can be a nightmare for others — especially those in the early stages of recovery who can be triggered by easy access to alcohol.

“All Jewish communities kind of create a normalizing view of drinking on the holidays, which can be very problematic. It’s so embedded in our tradition that people are supposed to drink to excess on Purim,” said Rabbi Michael Perice, the rabbi at Temple Sinai in Cinnaminson, New Jersey, who has documented his own struggle with an opiate addiction. “For people who are alcoholics or have substance abuse issues, that excess can lead to a lot of problems.”

“Our tradition provides so many opportunities that are alcohol fueled,” added Marla Kaufman, the founder and executive director of the Jewish Addiction Awareness Network. “There’s kiddush twice a week. In some communities on Shabbat there are kiddush clubs where some of the men disappear to have schnapps together [during services]. There’s also a lot of events not attached to religious ritual that use alcohol to bring people in, and some of these are aimed at young adults, like [Hanukkah parties called] ‘Latkes and Vodkas.’”

At the same time, said Kaufman, too many Jews are in denial about the toll of addiction in their own communities. When her then teenage son slipped into alcohol and drug abuse, she remembers dreading getting a phone call that her son had overdosed and having nightmares about his funeral. Before that, Kaufman’s family regularly attended synagogue, volunteered on the synagogue board and fundraised for the Jewish day school. But after word got out that her son was suffering from the disorder, she said they were stigmatized. People pulled away and some wouldn’t look her in the face.

“I was devastated,” she said. “I love the Jewish community, but we are behind on this issue.”

After sending her son to treatment — he is in long-term recovery — Kaufman read “Recovery, the 12 Steps and Jewish Spirituality: Reclaiming Hope, Courage & Wholeness,” by Rabbi Paul Steinberg, a self-described recovering alcoholic. She said the book changed her life and inspired her to form JAAN, which offers resources, events and programs, a blog and personal stories for those in or considering recovery. Steinberg said he wrote the book to mold the Alcoholics Anonymous’ 12-step program to Judaism by aligning it to Jewish texts and values.

Steinberg first drank to excess when he was 11 years old at a Shabbat party run by the Hasidic Chabad-Lubavitch movement. He said no one noticed or cared. When he later tried to kick his issues with alcohol, Steinberg found that AA was rooted in the Christian faith. While there were recovery books for Jews, he couldn’t find any based on firsthand experience.

(Chabad offers information and resources on Judaism and recovery, as well as a list of Chabad rabbis who focus on recovery, on its website, and runs a residential treatment center in Los Angeles.)

“The other piece that motivated writing a book was to reduce stigma,” said Steinberg, now rabbi at Congregation Kol Shofar in Tiburon, California. “In AA, you’re supposed to keep anonymity, but I made a conscious decision to put my name and ‘rabbi’ on the book in an effort to be a model that is not giving in to the shame or stigma of it. This is something that humans deal with, and I’ve dealt with it. I want there to be a comfort in that.”

Kaufman, Steinberg and Perice all dispute the folk saying “a shikker is a goy,” a Yiddish phrase suggesting “real” Jews can’t suffer from alcohol use disorder.

“The Jews that I serve are Americans, and they suffer from all of the same problems and blessings of Americans. They are no less alcoholic than anybody else,” said Steinberg. “Alcoholics are not bad people; they’re sick.”

Even if they’re in recovery, Jews might feel pressure to drink because they don’t want to be the odd person out. Some justify that one glass of wine, beer or shot will help them save face at celebrations. But that sip of alcohol can cascade into two, then four.

Jews can avoid situations where there’s drinking, or get used to being, as Jerry put it, a “little weird.”

“It’s just a price you pay, and you get used to it,” he said. “It requires a bit of dedication to recovery and to your religion to say, ‘I have to be a little bit weird because I have to save my own life.’”