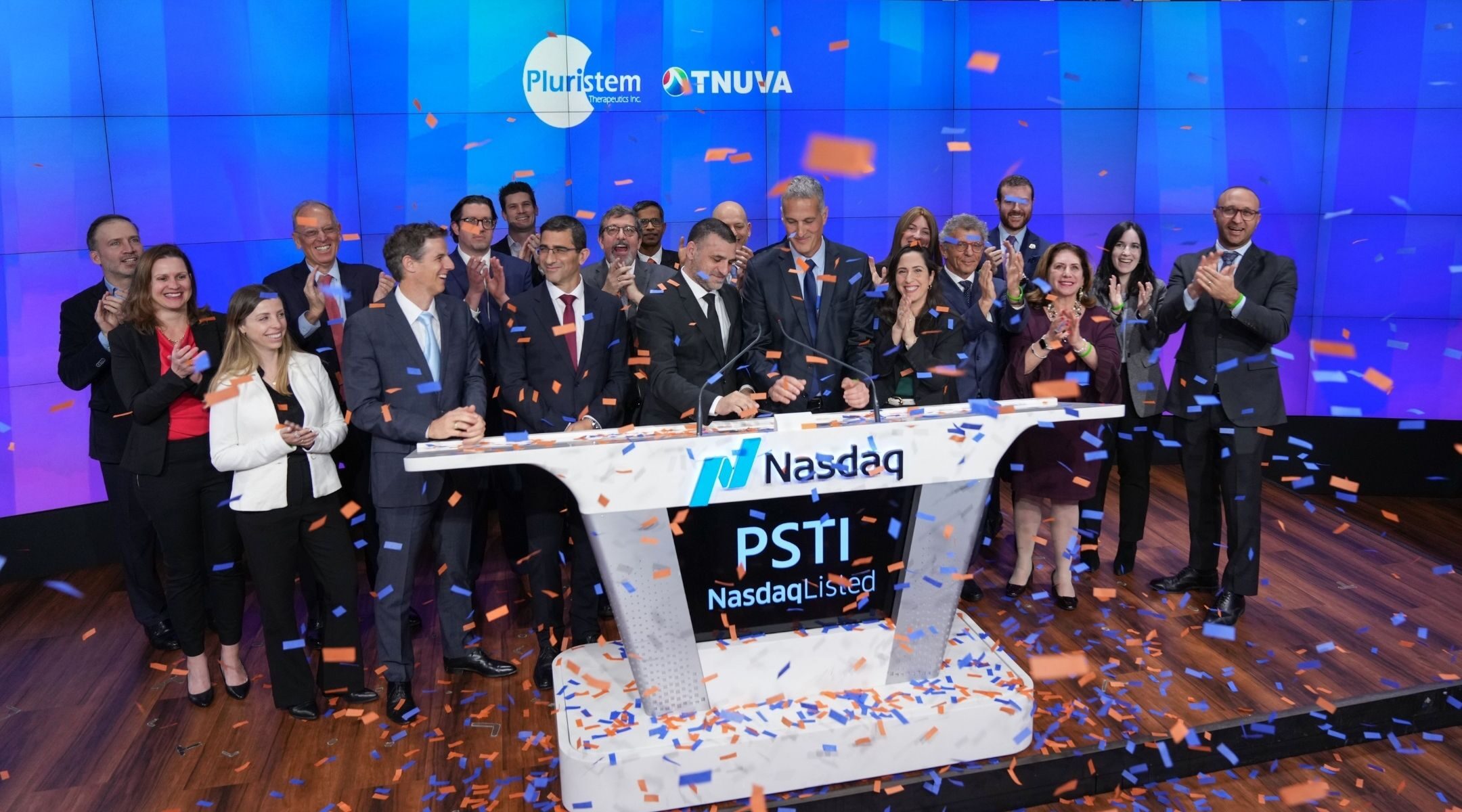 Pluristem and Tnuva celebrated their partnership at NASDAQ in New York on Monday. (Courtesy of Nasdaq, inc.)
Advertisement

Pluristem Therapeutics and Tnuva joined the race to create meat products from animal cells, using technology they say is more sustainable than natural methods and hoping to meet the demand for cruelty-free alternatives.

Tnuva is investing $7.5 million in the partnership, called NewCo, with an option to invest up to an additional $7.5 million over a year-long period.

Pluristem CEO Yaky Yanay called the initial product “cultured meat” and said it is grown from real meat cells, tissue, fat and muscle. “We’re not talking about a substitute,” Yanay told the New York Jewish Week. “We will be able to provide a product that will be healthy and eventually affordable.”

Tnuva Chairman Haim Gavrieli said that what is important to the product is the taste, the texture, the sensory feelings and “of course, the price.”

“All around the world, there is a concern about food security,” Gavrieli said. “I think that this kind of collaboration will solve part of this problem in the next five to 10 years.” 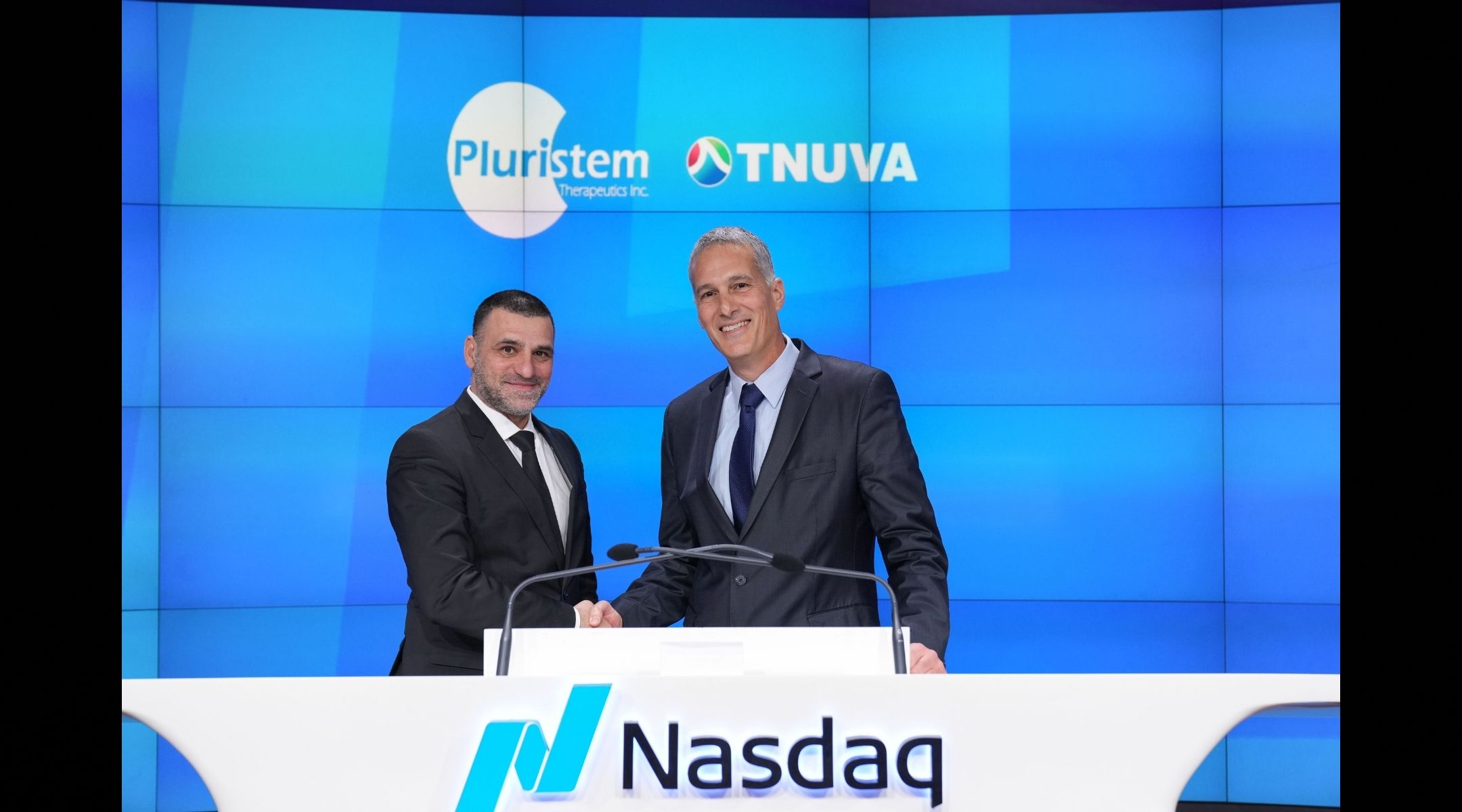 Other Israeli companies are also trying to bring cultured meat to market. Future Meat recently raised $347 million to launch a production facility in the U.S., and Aleph Farms has unveiled “cultivated” steak and ribeye.

Yanay, a vegetarian of 25 years, said that there may be some resistance to lab-grown meat, but ultimately, this cultured product will lead to “a more sustainable planet.”

“Human beings need to create, to build, to heal — not to destroy,” he said. “As a Jewish person and as an Israeli, we need to make this world a better one. What we are doing will contribute to that.”

He added that there are many vegetarians who are choosing not to eat meat because of environmental concerns or because they do not want the animal to suffer. Cultured meat could provide them an option. “I’m waiting to see and eat the first burger coming from our labs,” Yanay said. “We are getting a lot of support from vegan associations that are telling us they would like to see this type of product.”

Yanay said they have had discussions with rabbis and are expecting the product to be certified as kosher and pareve — that is, neither meat nor dairy according to kosher rules.

“We are looking at the next generation of gastronomy in the Jewish kitchen,” he said.

Gavrieli said that as Tnuva is the largest kosher food company in the world and, as such, they will be able to help bring rabbis on board with this. “It is a religious decision,” he said. “But it is promising. It’s under discussion with leading rabbis in Israel right now.”

Pluristem is a publicly traded on NASDAQ as well as the Tel Aviv Stock Exchange. Its muscle regeneration technology is already being used in hospitals around the world.

“What we celebrated by ringing the bell at NASDAQ was that we are joining forces,” Yanay said. “We’re going to be focused on cultured food, and we feel very blessed about this collaboration.”