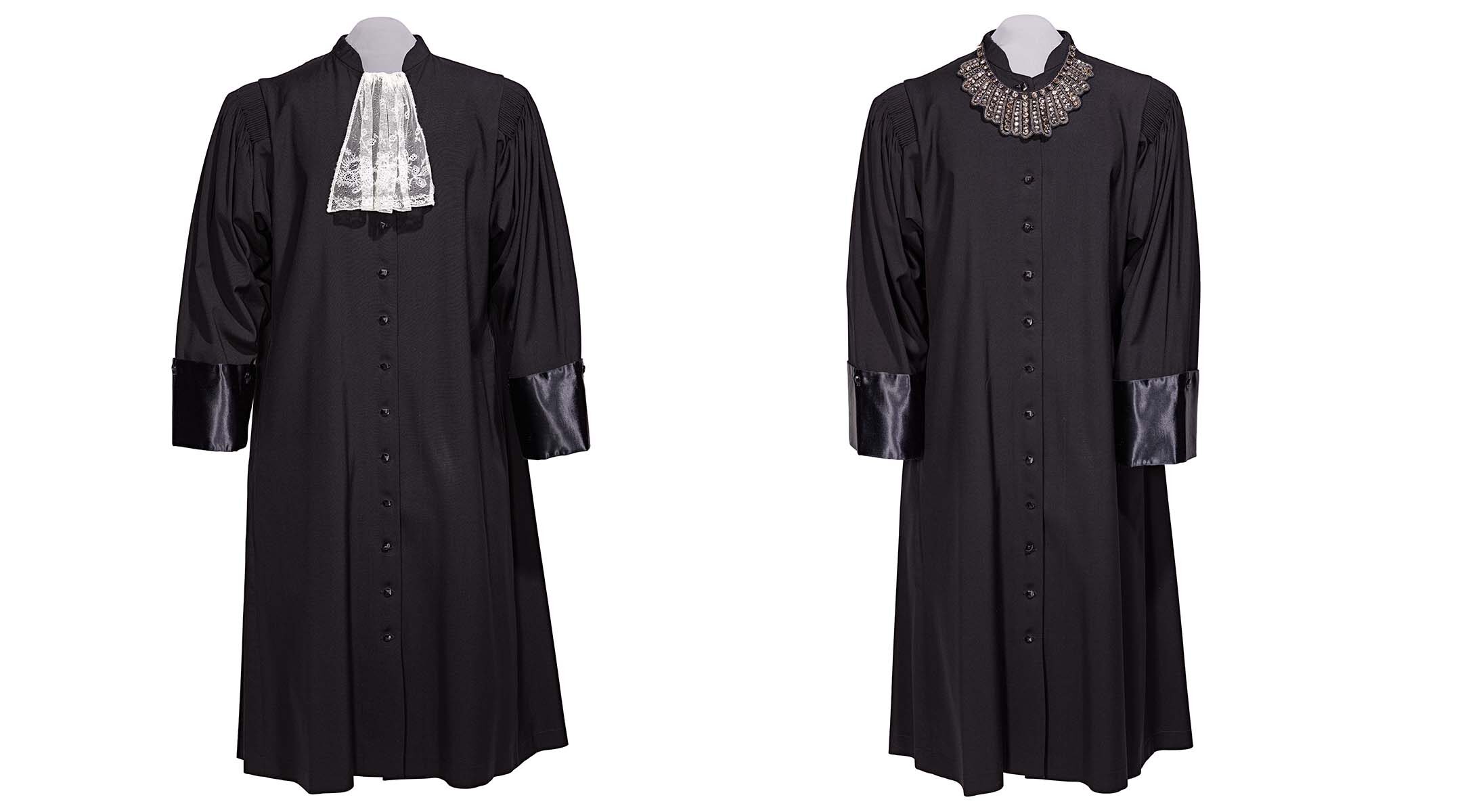 (JTA) — The late Supreme Court Justice Ruth Bader Ginsburg’s children have donated dozens of objects that symbolize her time on the court and her role as a pop culture icon to the Smithsonian National Museum of American History.

The objects include her famous “dissent” and “majority” collars, which she famously liked to wear to telegraph her votes on cases; her judicial robe; a bobblehead and Legos of her likeness; as well as various documents and awards. 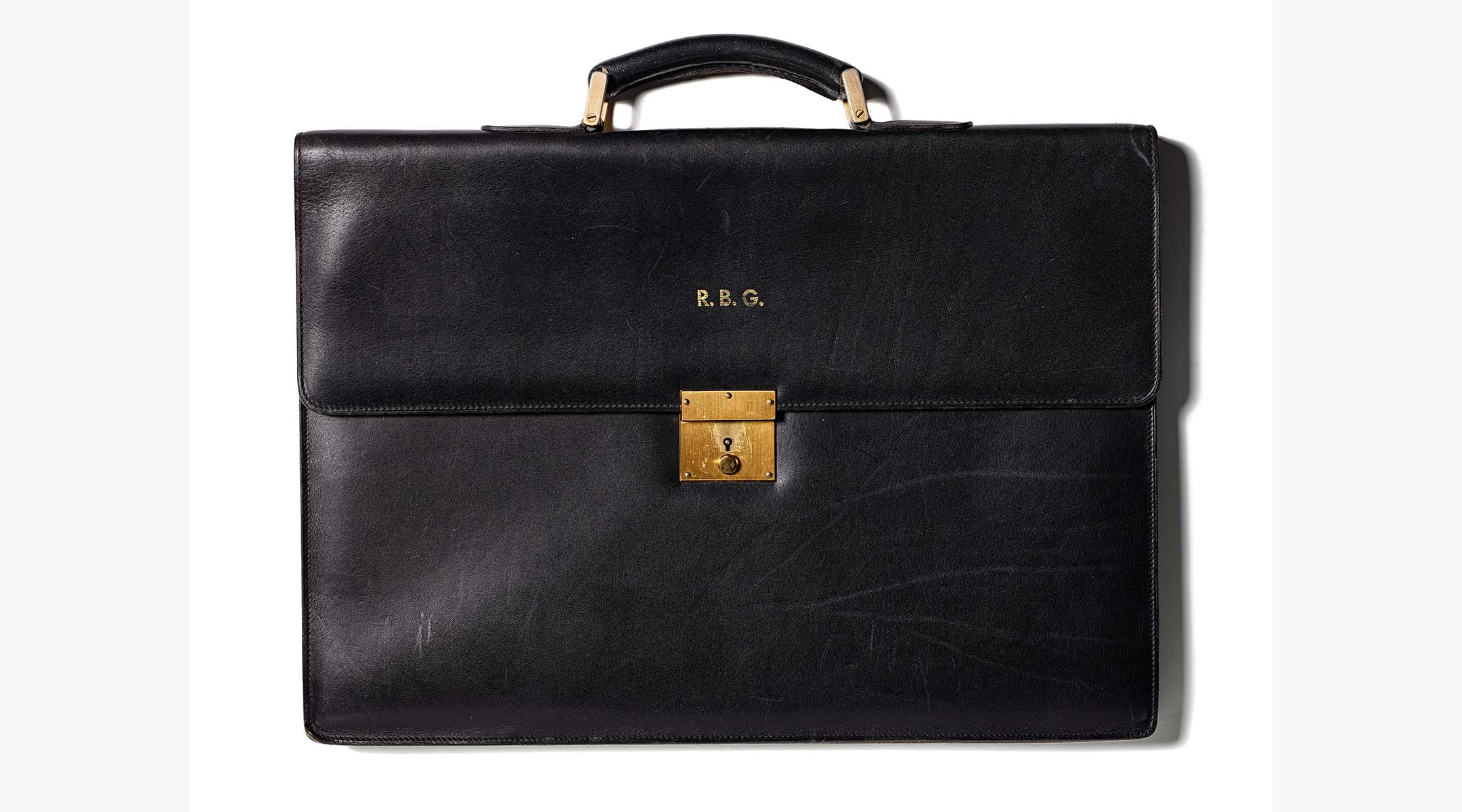 The museum, which has enshrined the donations in its permanent collection, posthumously awarded the late justice with its Great Americans Medal on Wednesday at a ceremony honoring her achievements.

The medal “has honored those who have not only made a lasting impact in their fields but those whose philanthropic and humanitarian endeavors set them apart,” read a press release from the Smithsonian. Past recipients of the award include Madeleine Albright, Colin Powell, Tom Brokaw, Cal Ripken Jr., Billie Jean King, Paul Simon and Dr. Anthony Fauci. 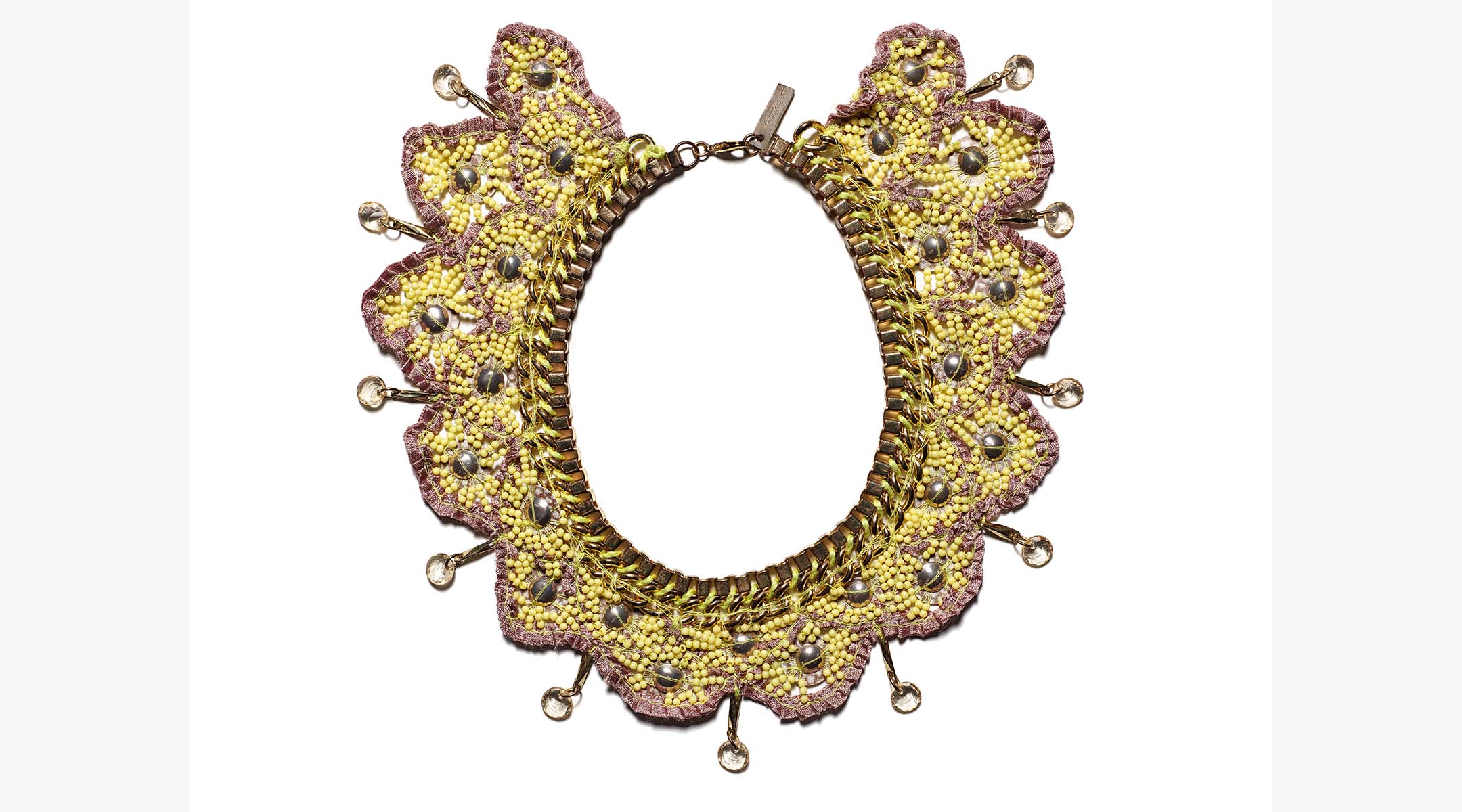 Justice Ginsburg received this beaded collar as a gift from her law clerks in 2006. It came from Anthropologie and she would often wear it when delivering the majority opinion at the Court. (Photos by Jaclyn Nash, courtesy of the National Museum of American History)

The virtual tribute for Ginsburg featured a biographical film narrated by Gloria Steinem and testimonials from President Jimmy Carter, Chief Justice John Roberts, Barbara Streisand and Oprah Winfrey, as well as a conversation between the museum’s director, Anthea M. Hartig, and the justice’s children, Jane and James.

Ginsburg was appointed to the Supreme Court in 1993 and served until her death on Erev Rosh Hashanah in 2020. The Washington Post reported that Ginsburg’s family invited curators from the Smithsonian to her chambers a few weeks after she died.

“There was always an understanding there, that the Smithsonian would be a big part of where some of the more significant items would go,” James Ginsburg said. “That Mom kept all of this stuff does not surprise me. That was in her nature. She was someone who preserved things.”