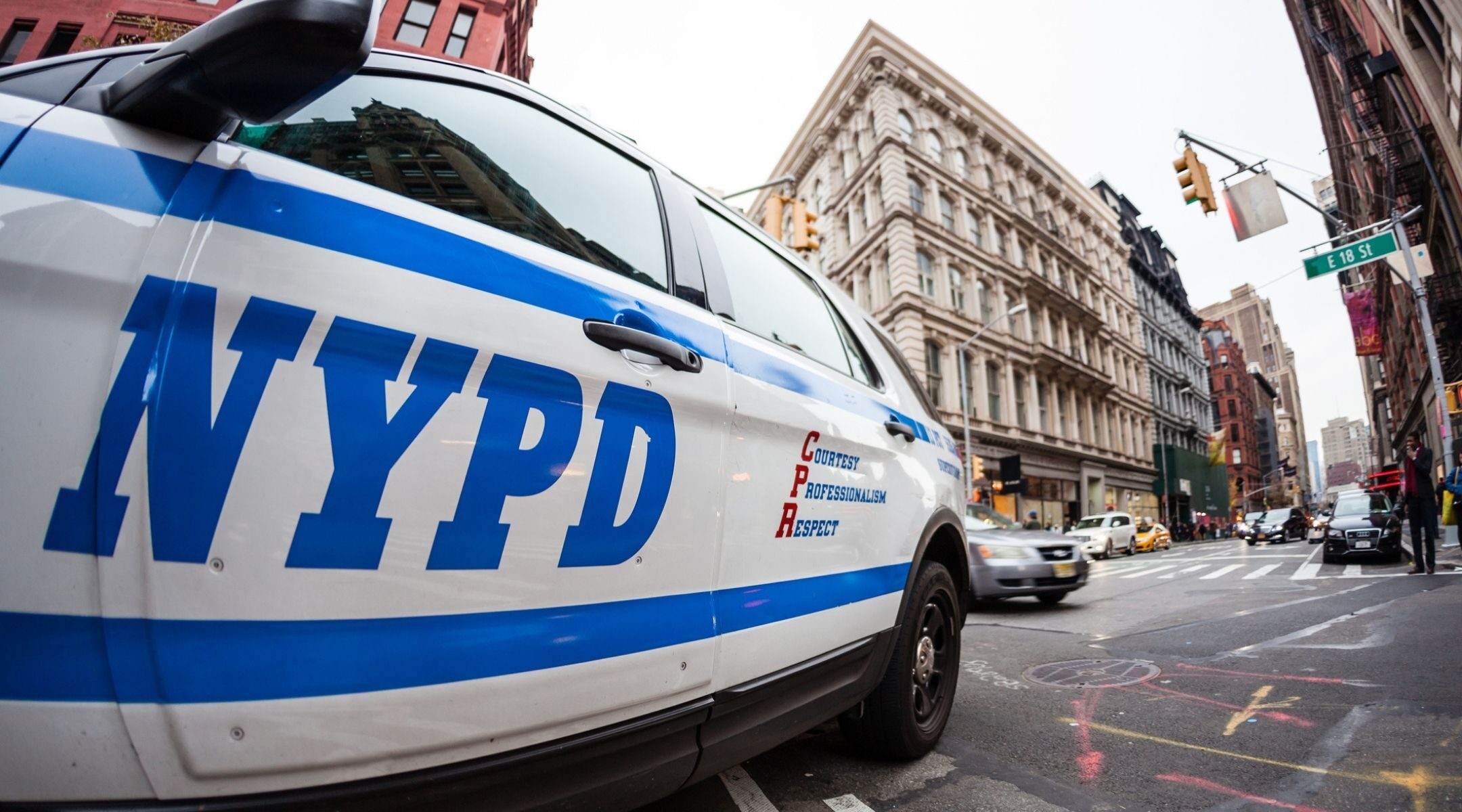 Close up of the NYPD logo on a police car. (Tim Drivas/Getty)
Advertisement

(New York Jewish Week) — Two violent attacks on Jews in New York City took place over the weekend, in the latest acts of violence amid rising antisemitic hate crimes across the city.

One involved a 21-year-old Hasidic Jewish man who was beaten in Williamsburg; the second incident involved six Jewish boys on the Upper West Side who were threatened by teens carrying weapons. In both cases, city officials said the victims were targeted because they were Jewish.

A video from the Williamsburg attack shows six males throwing a traditionally garbed man into a parked car while punching and kicking him to the ground. Police said there were no “prior words of provocation” between the victim and the attackers.

The victim sustained minor injuries and the attackers ran off, police said. A 16-year-old who appeared in the video was arrested on Saturday after being recognized by an officer in relation to a previous carjacking, the Daily News reported. The teen was charged with gang assault and assault as a hate crime, police said.

WANTED for AN Assault in front of 58 Gerry Street. #Brooklyn @NYPD90pct on 4/1/22 @ 7:55 PM without and prior words or provocation, the individuals punched and kicked the Hasidic victim about the body, forcing him to the ground Reward up to $3500Call 1-800-577-TIPS. CONFIDENTIAL! pic.twitter.com/6W6kfQbU1d

Meanwhile, City Council member Gale Brewer said there was an antisemitic attack targeting pre-teen and teen boys on the Upper West Side on Saturday.

Three teens allegedly armed with a crowbar, a knife and a sword allegedly threatened six boys, ranging in age from 12 to 16, simply because they were Jewish, Patch reported, citing police. The police report said “unknown weapons” were involved. 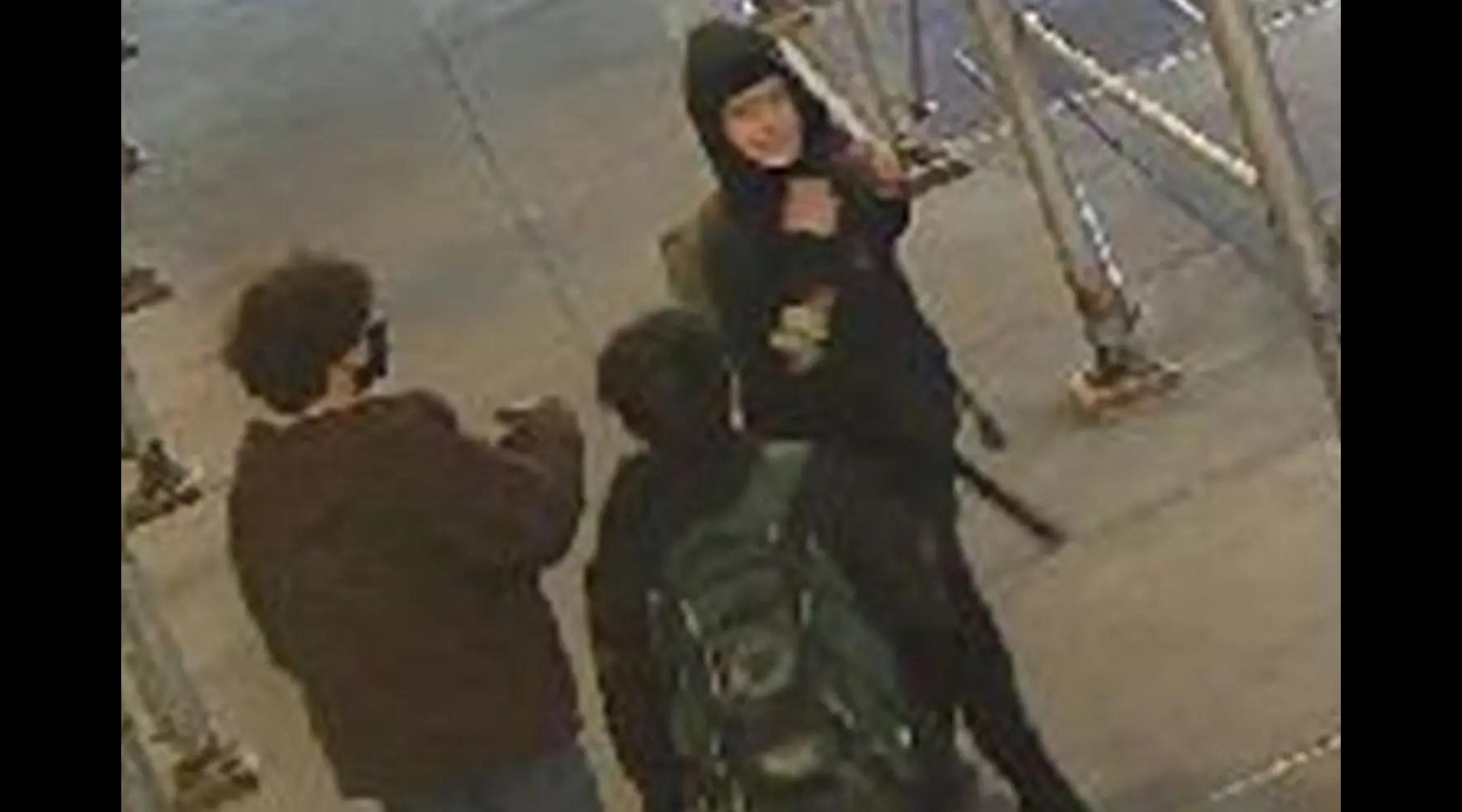 The NYPD released images of the attackers, asking for any information on their whereabouts. (DCPI)

Brewer told the New York Jewish Week that the attackers spewed “horrific” antisemitic language at the group of Jewish teens.

She added that the NYPD and the Hate Crimes Task Force responded to the incident. “It’s all very upsetting,” she said. “This has to stop. We have to do more in schools. It’s just horrible.”

Antisemitic hate crimes in New York City have quadrupled this year: 81 have occurred as of March 27, a dramatic increase from 20 at the same point in 2021, according to according to ABC7 New York.

Hate crimes in New York City as a whole rose 100% in 2021, which also saw an increase in anti-Asian hate crimes. 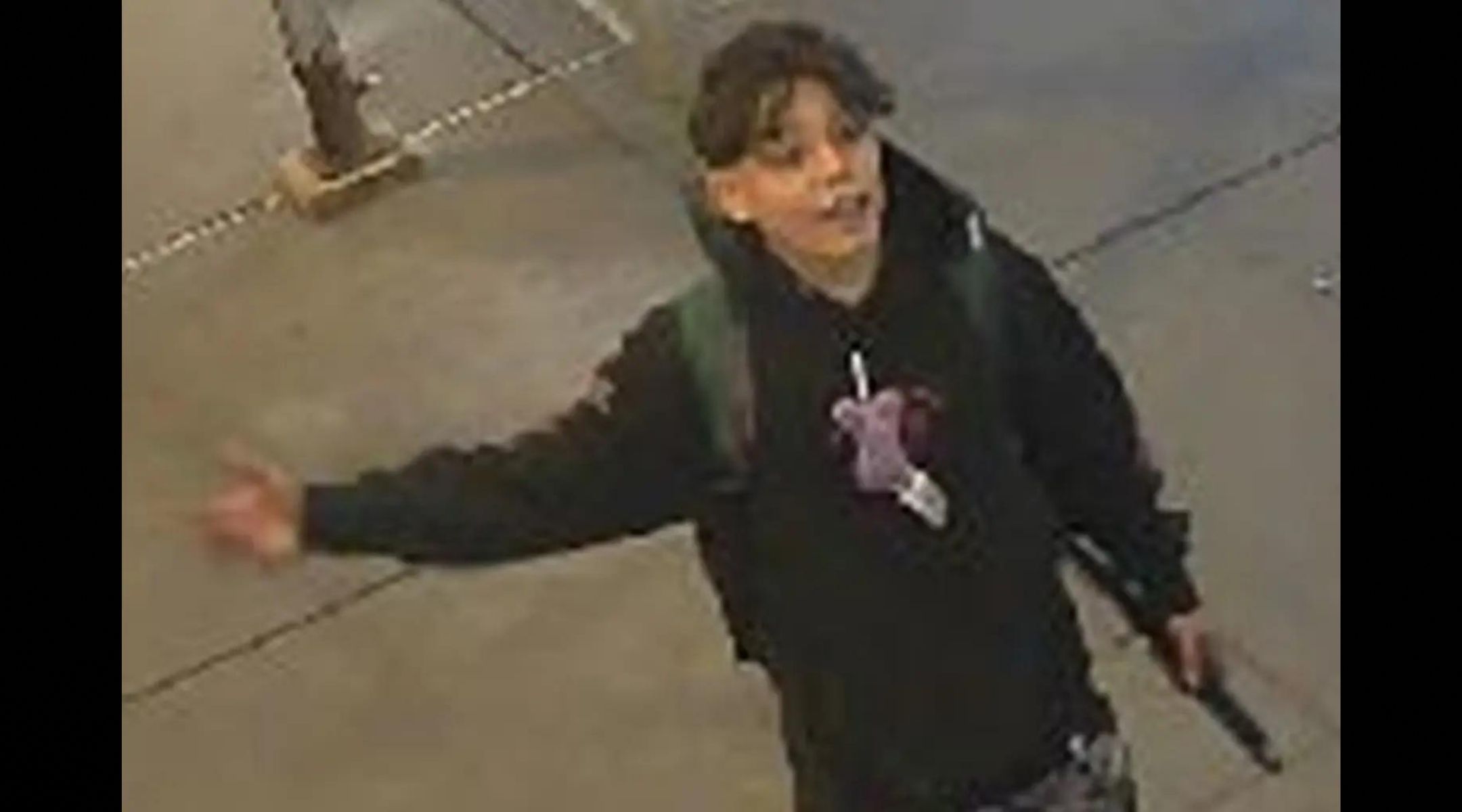 The attack is being investigated by the NYPD’s Hate Crime Task Force. (DCPI)

The Anti-Defamation League is offering a $10,000 reward for information leading to the arrest of individuals responsible for the reported assault in Brooklyn.  In a press release, ADL NY/NJ Regional Director Scott Richman said he was “shocked at the viciousness of this incident.”

“Nobody should be subjected to hateful violence on the streets of New York,” Richman said. “We must do everything in our power to help authorities identify and apprehend those responsible, and we must also work together in order to prevent these incidents from occurring in the first place.”

I’m outraged by this act of violence against a Jewish New Yorker. An attack on one of us is an attack on all of us.

I am directing the @nyspolice Hate Crimes Task Force to assist the investigation in any way possible. https://t.co/lFxcGZORTy

Jewish Community Relations Council of New York CEO Gideon Taylor told the New York Jewish Week he is “sadly not surprised” about this weekend’s antisemitic hate crimes. “The Jewish community is as resilient as we are varied, but we need more,” he said.

He called for a more visible police presence in neighborhoods and better education to avert hate. “We need to make sure that everyone in New York can live together in safety and harmony, regardless of what they look like,” he said.