Antisemitic hate crimes in February were up 400% in NYC, according to NYPD data 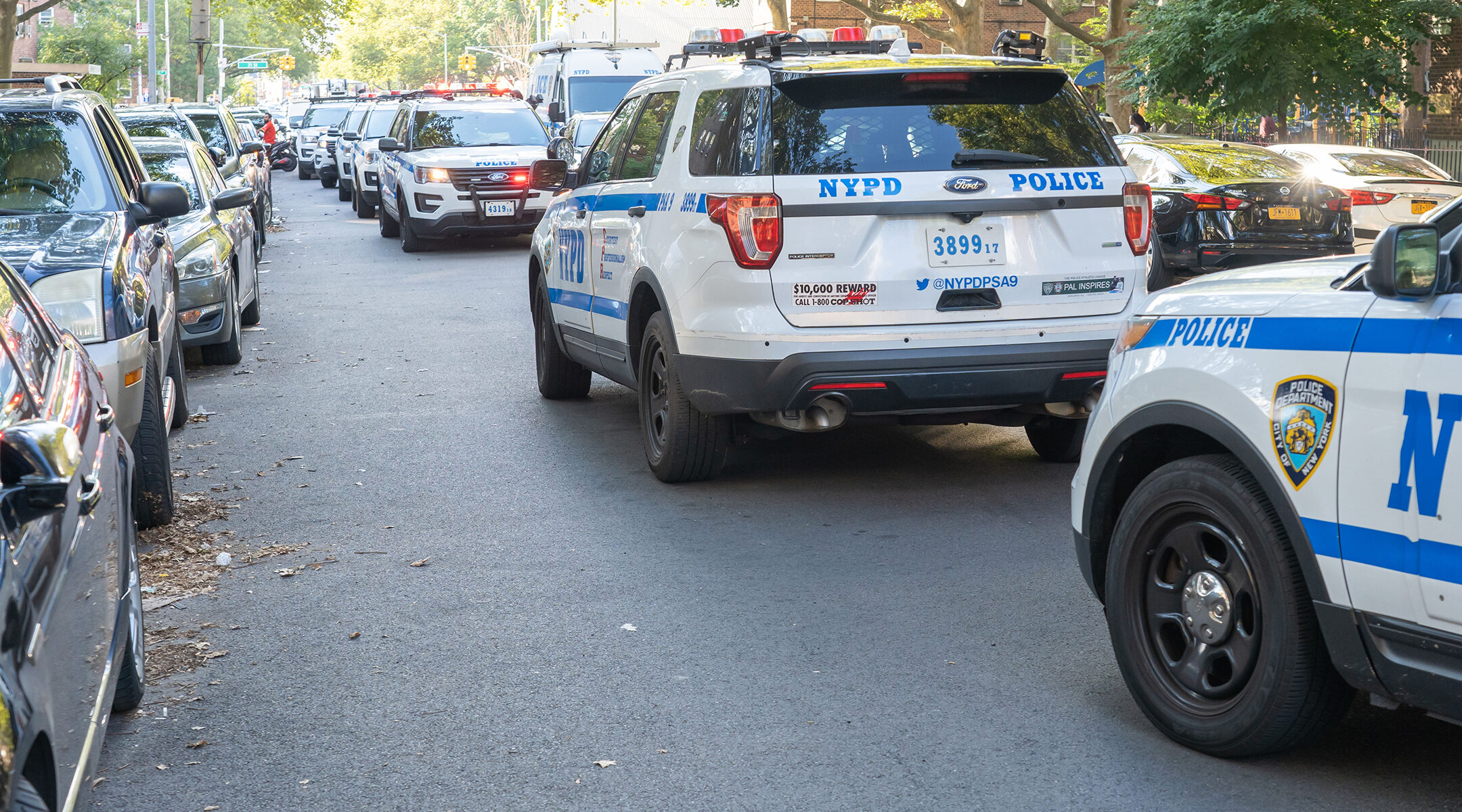 Many of these incidents targeted Orthodox people dressed in distinctive clothing, like the Jewish man who was punched in Bed-Stuy on Feb. 7 while walking on Shabbat. A 15-year-old was charged with assault and committing a hate crime in that attack.

In addition, there were swastikas drawn on a yeshiva school bus in Brooklyn and a dentist’s office in Queens; in Manhattan, expletives about Jews were spray painted on the dining shed of an Israeli restaurant.

In another incident in February, Bronx resident Frank Abrokwa, 37, was accused of spitting on a Jewish man’s face, calling him an “f—ing Jew” and threatening to kill him. Abrokwa, who was placed on supervised release from jail after the spitting incident in Brooklyn, was charged with harassment last week for smearing feces on a woman’s head while she waited for the subway in the Bronx.

Brooklyn City Council member Lincoln Restler said that the increase in antisemitic attacks “breaks my heart and it must be stopped.”

“We are developing an action plan with community leaders to address this spike in hate crimes and build bridges across our communities to deepen cross cultural understanding and respect,” he told The New York Jewish Week on Tuesday.

The NYPD figures showed an overall increase in crime in every major category in February 2022 when compared to the same month last year. Robberies increased 56%, grand larcenies 79% and grand larceny auto doubled from 529 cases in 2021 to 1,083 in 2022.

Hate crimes in New York City as a whole rose 100% in 2021, which also saw an increase in anti-Asian hate crimes. More recently, there were nine reported anti-Asian incidents in February 2022, compared to four during the same month in 2021.

Manhattan District Attorney Alvin Bragg called the anti-Asian hate “intolerable” and said he is expanding the hate-crimes unit in his office. “Our brothers and sisters have been spit upon, coughed at, told to go back home,” he said. “In my office, we are deepening our capacity.”

Last month, the NYPD replaced the head of its Hate Crime Task Force as a part of a “routine shuffling,” according to WABC-TV.

During a press conference in February, Mayor Eric Adams recognized that there are issues surrounding hate crimes in the city.  “I believe throughout the years we have been extremely reluctant in identifying the potentiality of a hate crime,” he said.