‘F— Jews’ sprayed outside Israeli restaurant on Upper West Side 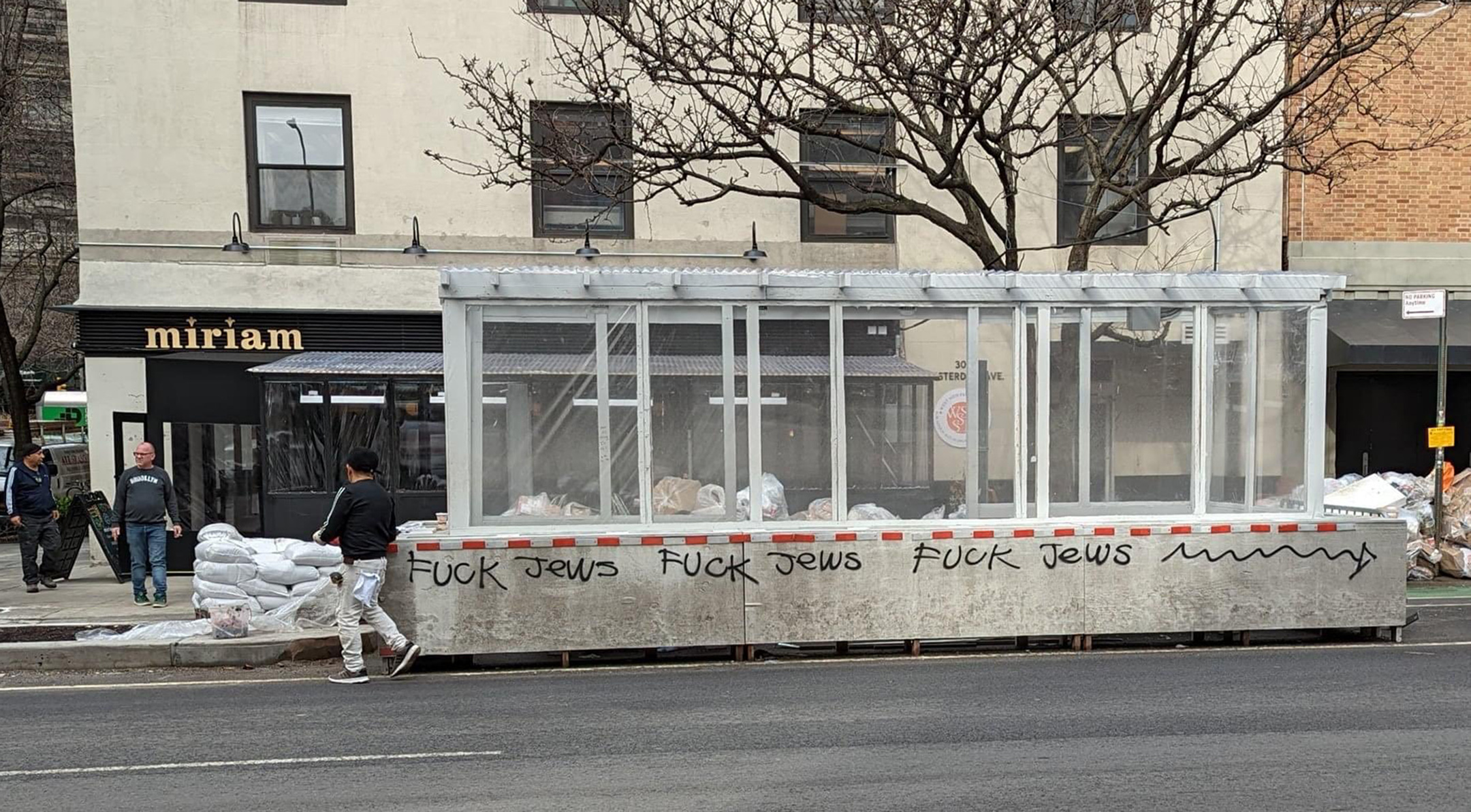 Miriam, a new Israeli restaurant on the Upper West Side, seen here in a photograph shared by Manhattan Borough President Mark Levine, was vandalized with antisemitic graffiti, Feb. 17, 2022. (Twitter)
Advertisement

(New York Jewish Week via JTA) —  A recently opened Israeli restaurant on the Upper West Side has been vandalized with vulgar, antisemitic graffiti.

On Thursday morning, staffers arrived at Miriam, an Israeli eatery on Amsterdam Ave. and 74th St. that opened on Jan. 24, to find the words “F— Jews” spray-painted three times on its outdoor dining shed.

According to Patch, the NYPD arrived on the scene around 12:20 p.m. and began the process to remove the hateful scrawl. An officer said they were investigating the incident a hate crime, but did not provide additional details, the news site reported.

Local politicians, meanwhile, took to Twitter to condemn the incident.

I encourage our neighbors to support Miriam.
ON NOTICE: #HateHasNoHomeHere @ADL

Manhattan Borough President Mark Levine, who shared a photograph of the vandalism on his Twitter account, called the incident “disgusting.” “We must condemn this hatred everywhere it emerges,” he wrote. “We can’t accept this as normal.”

Miriam is a beloved Israeli restaurant that recently opened a new location on the Upper West Side, at Amsterdam Ave. & 74th St.

This disgusting antisemitic graffiti was scrawled there today. We must condemn this hatred everywhere it emerges. We can’t accept this as normal. pic.twitter.com/AXGVSHHszx

This latest anti-Jewish incident occurred as Mayor Eric Adams was scheduled to host a closed-door roundtable Thursday to address the rise of antisemitic incidents across the city.

As The New York Jewish Week reported last week, antisemitic incidents have spiked dramatically so far in 2022. The NYPD hate crimes unit reported 22 hate crimes against Jewish people from Jan. 1 through the first week of February, compared to eight in the same time period last year.