Fed up with get refusals, Orthodox women seek changes to domestic abuse laws in New York 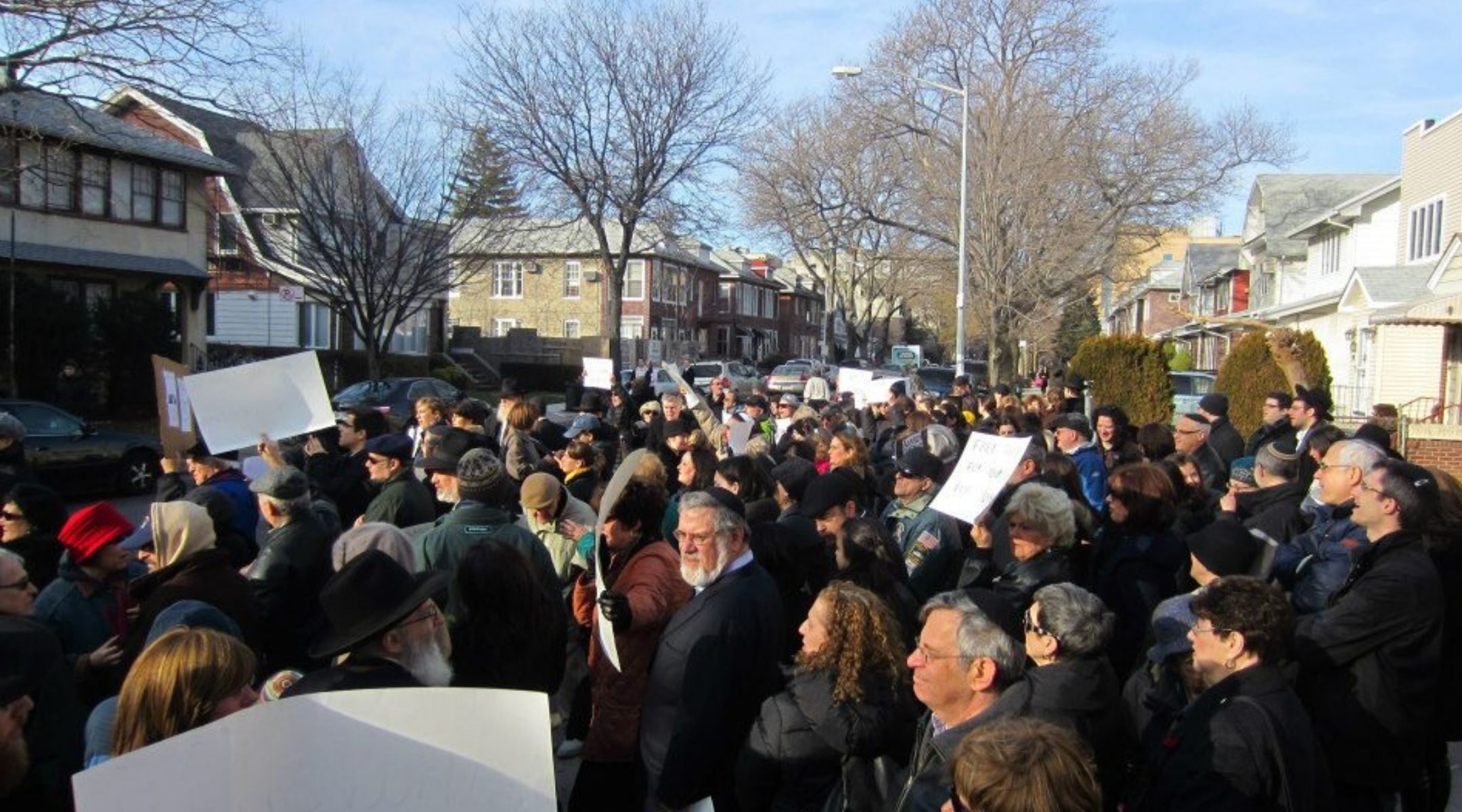 A community protests over a husband withholding a get. (Courtesy)
Advertisement

(New York Jewish Week) — Orthodox activists who are pushing for New York to adopt broader domestic violence legislation say a recent lawsuit filed by a Jewish man who refused to divorce his wife is proof that such a law is needed.

Brooklyn resident Dibo Hafif sued dozens of people last month, including rabbis, community activists and NYPD precincts, for “malicious harassment” that he said he had experienced at their hands. The defendants were all involved in efforts to convince Hafif to grant his ex-wife, Evet Balas, a get or a religious divorce, which he had withheld for 17 years.

Jewish women whose husbands refuse to divorce them are known as agunot, meaning “chained,” because they are tied to their estranged husbands and unable to remarry under Jewish law.

For several nights in March 2021, dozens of people including activists, rabbis and students picketed outside Hafif’s Flatbush home, demanding that he give Balas a certificate of divorce known as a get. Their protest was part of a broad campaign to call attention to and address the problem of agunot, which is increasingly being recognized as a crisis in Jewish and civil law.

Hafif granted Balas a get later in 2021. But his lawsuit means that he remains a potent example for advocates about the dangers of what they call “coercive control.”

“Many times these lawsuits are meant to intimidate people,” said Amber Adler, a Brooklyn community activist and former City Council candidate who took part in the protests and is being sued by Hafif. “It’s really important just to make sure that men who are refusing their wives gets don’t start thinking that this is a page in the playbook.” 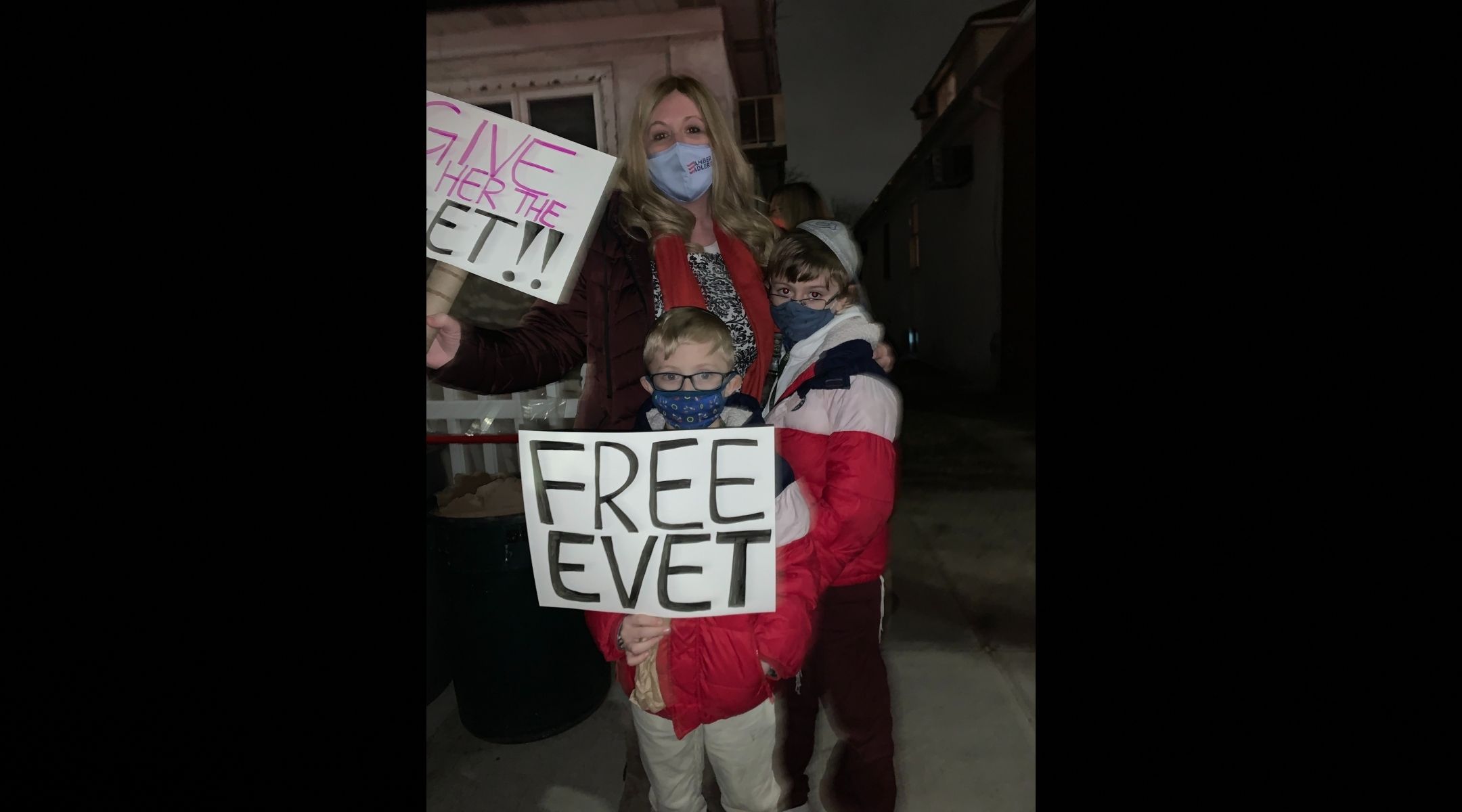 Amber Adler was named in Dibo Hafif’s lawsuit for protesting over his get refusal. (Courtesy)

Adler and others want to see the New York State Assembly revive a bill that would increase redress for people suffering from domestic violence, including the emotional abuse that Orthodox advocates say is typical in cases of get refusal.

The legal system primarily understands domestic abuse from a framework that looks for physical violence, but emotional abuse should be taken seriously, too, said Keshet Starr, CEO of the Organization for the Resolution of Agunot, or ORA.

“This intense need to control every aspect of the other person’s life, that’s called coercive control,” she said. “The goal of this legislation is to bring coercive control into the definition of domestic abuse.”

No federal laws in the United States make coercive control illegal. But both California and Hawaii passed laws to make it a crime.

And in the United Kingdom, amendments to domestic abuse legislation last year made withholding a get a potential crime. Just last week, a Jewish man who refused to give his wife a get, while also abusing her in other ways, was jailed in London for coercive control.

In New York, the bill introduced in the Senate in 2021 included coercive control as a form of abuse, though it did not mention get refusal specifically. It also extended the statute of limitations for felony family offenses to 10 years and misdemeanor family offenses to five years.

But the version in front of the Assembly does not include coercion. That’s because the Senate ultimately determined that coercive control would be difficult to prove in court, according to a source in the office of Assembly Member Catalina Cruz, one of the Assembly’s two sponsors.

Orthodox activists are hoping to restore the definition in the bill so that women will be protected from coercion during get refusals. 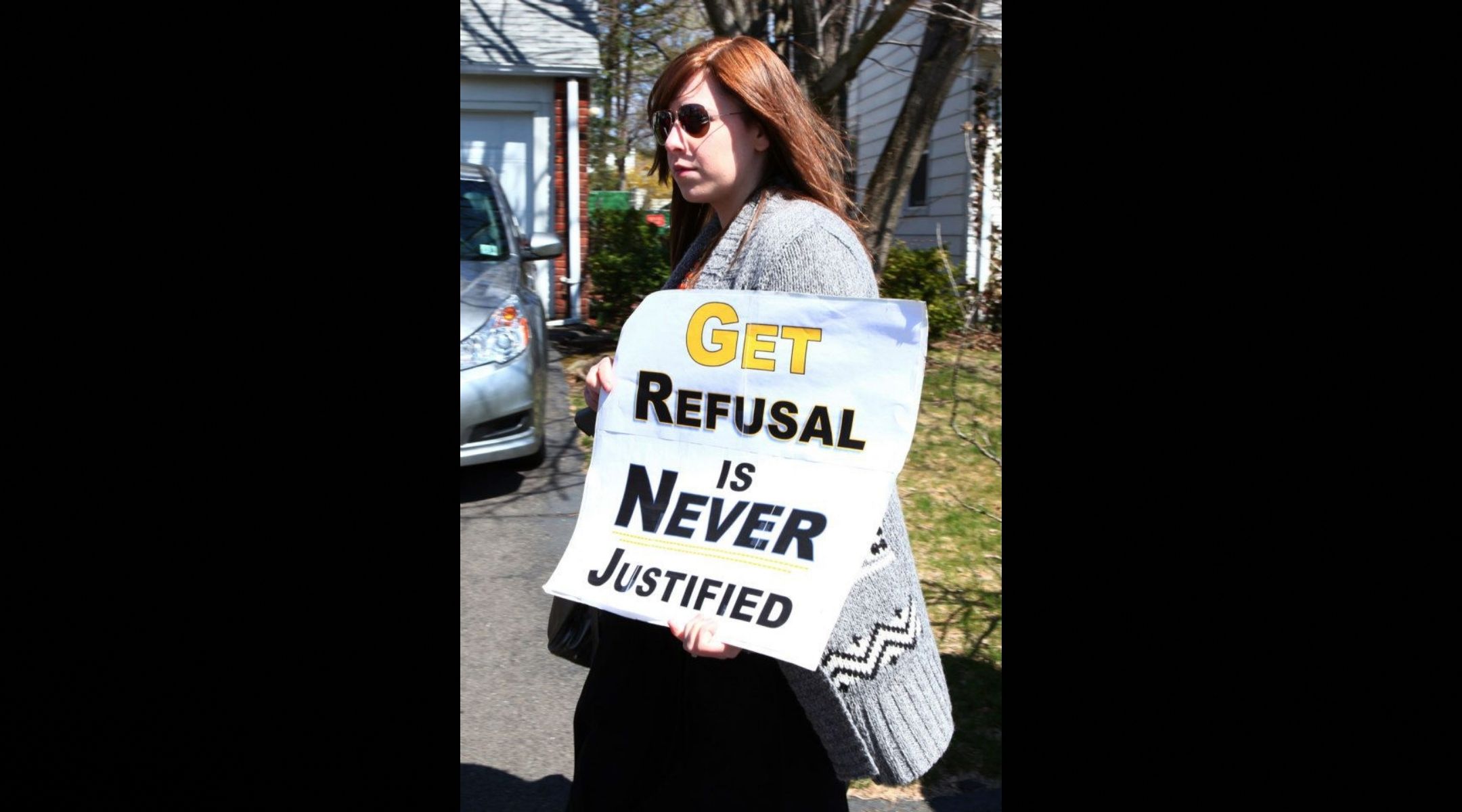 An Orthodox woman protests against get refusal. (Courtesy)

The source in Cruz’s office said the bill is “still a work in progress” and could still move forward.

The episode comes amid increasing advocacy for Jewish women whose husbands refuse to divorce them. (Women may also decline their husbands a get, but rabbinical courts may in such cases may allow the man to remarry regardless.)

Many Orthodox women have been using social media as a tool to fight back against get refusal, and they have notched what they see as some high-profile wins in recent months. Balas, who declined to comment because of her ex-husband’s lawsuit against her, is among them: She frequently posts on Instagram about the issue and others women face.

Hafif told the New York Jewish Week that he believes his actions to be completely in line with Jewish law. He decried what he said was a “feminist agenda” that aims to curb freedom of religion for Jewish men like him.

Meanwhile, even Orthodox leaders who are sympathetic to agunot say the issue of coercive control is complicated.  “Even if her marriage is functionally over, without a get, she cannot move on with her life,” said Rabbi Shlomo Weissman, director of Beth Din of America, of women caught in such situations. “Withholding a get, arguably, is a form of coercive control in some cases.”

But Weissman cautioned that Jews seeking divorce should seek a rabbi’s guidance, because  according to Jewish law, the get must be given of the husband’s free will — and pursuing criminal action against a get refuser could render his concessions invalid.

“There are situations where using the tools of the secular criminal justice in order to get a get could constitute coercion,” he said. “That could constitute illicit coercion and can invalidate the get. No one would want that to happen.”

Starr noted that a single bill won’t resolve all the issues around get refusal in New York. The goal, she said, is to bring more awareness to the issue while giving Jewish women facing get refusal better options.

“Many women go through a lot to be part of this community,” she said. “They are strong women fighting for growth and change on this issue, and it will continue to grow over time.”