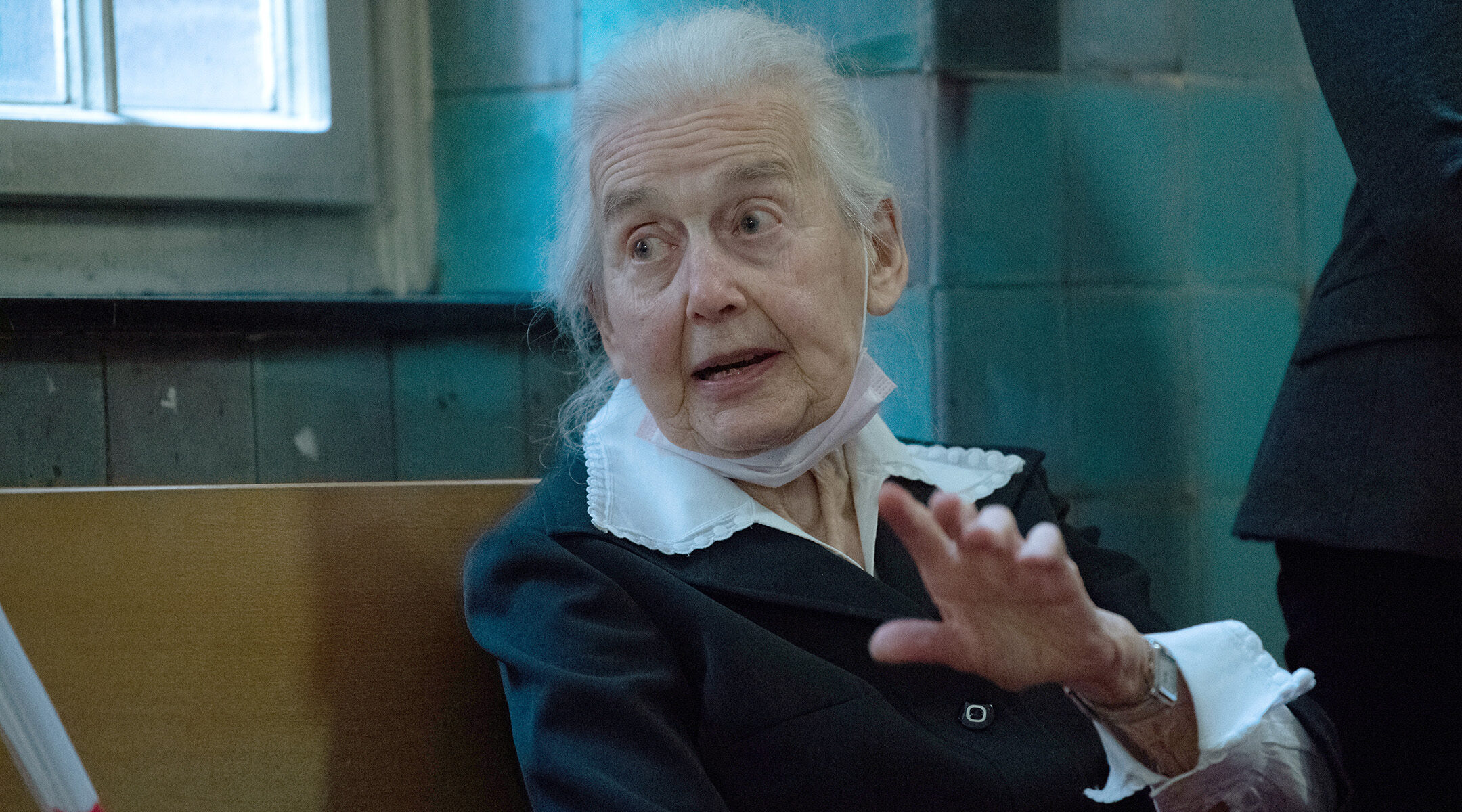 The Berlin district court upheld verdicts against Haverbeck – who was given her nickname by some German media outlets – on Friday, and sentenced her to a year in prison for incitement to hate. At issue were her statements denying the Holocaust at a public event in Berlin in 2017, as well as her related comments in an interview in 2020 disseminated online.

It is illegal in Germany to deny or trivialize the Holocaust or to glorify Nazi propaganda and philosophy.

According to the Deutsche Welle news service, Jani told Haverbeck point blank that she was “not a Holocaust researcher [but] a Holocaust denier” who was “spreading poison, not knowledge.”

She said the defendant had “strayed miles from the historical truth” and “damaged the memories of millions of murdered people.”

Other than jail, nothing would curb Haverbeck, Jani added: “We won’t have any impact on you with words.”

Haverbeck’s longtime attorney Wolfram Nahrath had appealed the two earlier guilty verdicts, in which a lower court imposed prison sentences without probation of six months and a year respectively, according to a report in the German Jewish weekly, the Juedische Allgemeine. Her lawyers reportedly had asked for her sentence to be reduced to fines, with no jail term.

The district court rejected the request and imposed a total sentence of one year in prison for the two cases.

Haverbeck is a recidivist Holocaust denier who reportedly has had ties with far-right extremist groups for decades. Her late husband, Werner Georg Haverbeck, was a right-wing extremist and member of the Nazi Party, who held high positions in the early years of the Hitler regime.

Haverbeck typically has insisted that there was no mass murder in the Auschwitz extermination camp. Most mainstream historians agree that about 1.1 million people were murdered there, the majority of them Jews.

Her first sentence was a fine in 2004. In 2016, the district court in Verden sentenced her to two and a half years in prison because of numerous articles she had published in the local newspaper “Stimme des Reiches,” or “Voice of the Reich,” in which she repeated her belief that no one was gassed to death at Auschwitz.

That same year Haverbeck was sentenced in at least two other cases with similar charges. She had just completed serving a two-and-a-half-year jail term in a Bielefeld prison in 2020 when the lower court found her guilty in the two recent cases.

The repeat offender has received some support from neo-Nazi groups, which have demonstrated for her release from jail in the past.

Haverbeck remains a free woman for now: She can appeal again, which would send the case to the Berlin Superior Court.