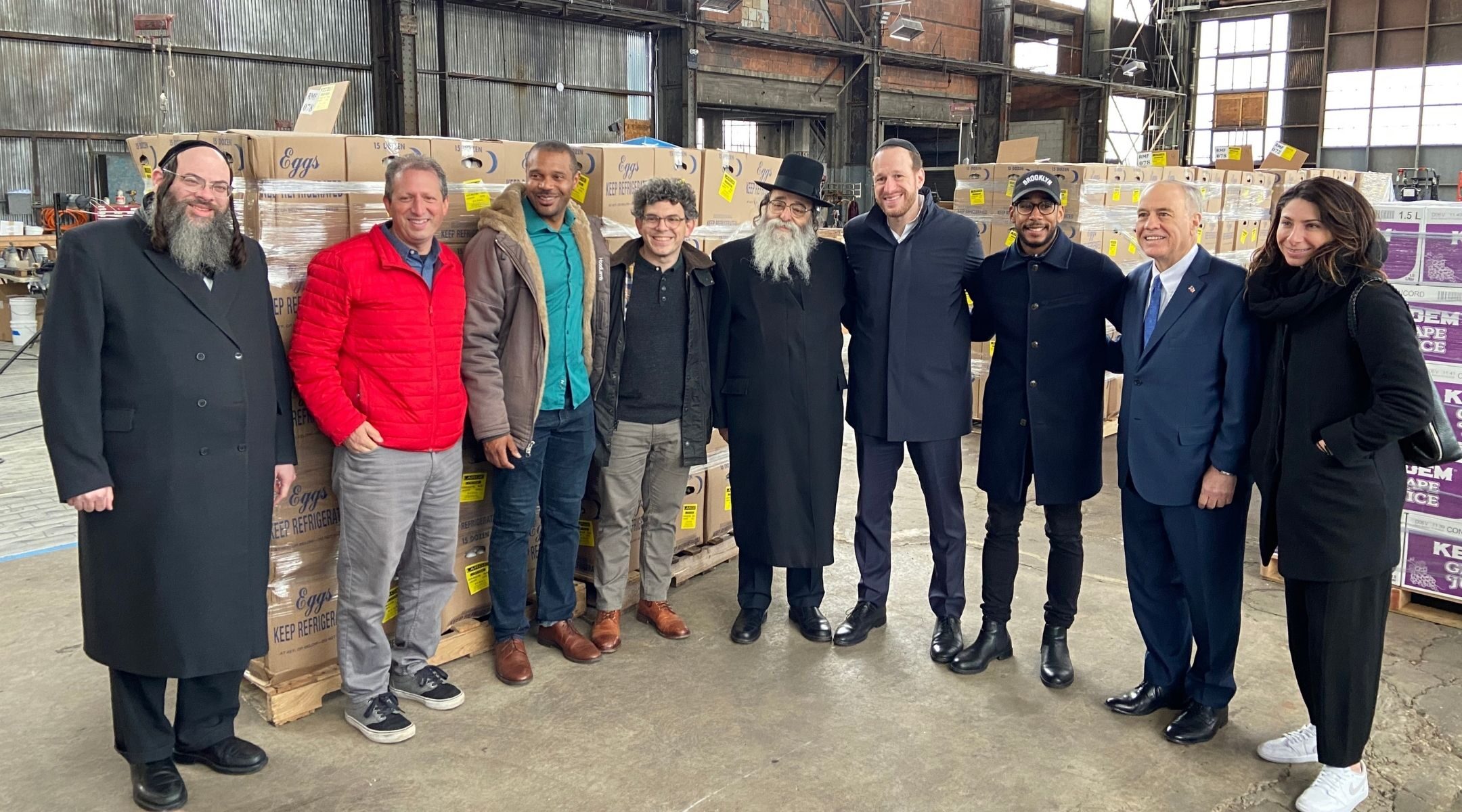 The Metropolitan Council on Jewish Poverty, the largest distributor of free kosher-for-Passover food in America, put out an emergency Passover fundraising call to raise $2.5 million, saying it will enable them to provide almost 3 million pounds of food to 310,000 New Yorkers who are struggling in this Passover season.

Met Council CEO David Greenfield said that this year’s food costs are “staggering,” adding that the price of matzah is up 23%, cooking oil is up 38% and eggs are up 13% this year over last.

“These are all basic staples,” Greenfield said. “Even though you can make it during the year, suddenly you find yourself really struggling.”

He added that the federal, state and city governments have cut emergency funding for food pantries that were put in place during the pandemic.

In February, the city’s Pandemic Food Reserve Emergency Distribution Program, known as P-Fred, launched in 2020 with federal funding, was cut back, leaving pantries shorthanded. COVID-relief programs like expanded child tax credits expired in December,  and other temporary cushions have already expired or are now expiring.

“It might be COVID fatigue on behalf of the government,” Greenfield said. “They’re not really providing the resources we need. We’re really suffering from a lack of government funding and private philanthropy. Individuals really need to step up to make that difference.”

Elsewhere, City Harvest, New York’s largest food rescue organization, teamed up on Monday with Masbia, the kosher soup kitchen network, for their annual Passover Food Drive. Masbia, which said it expects to serve 20,000 families over Passover, also put out a call out for emergency funding. 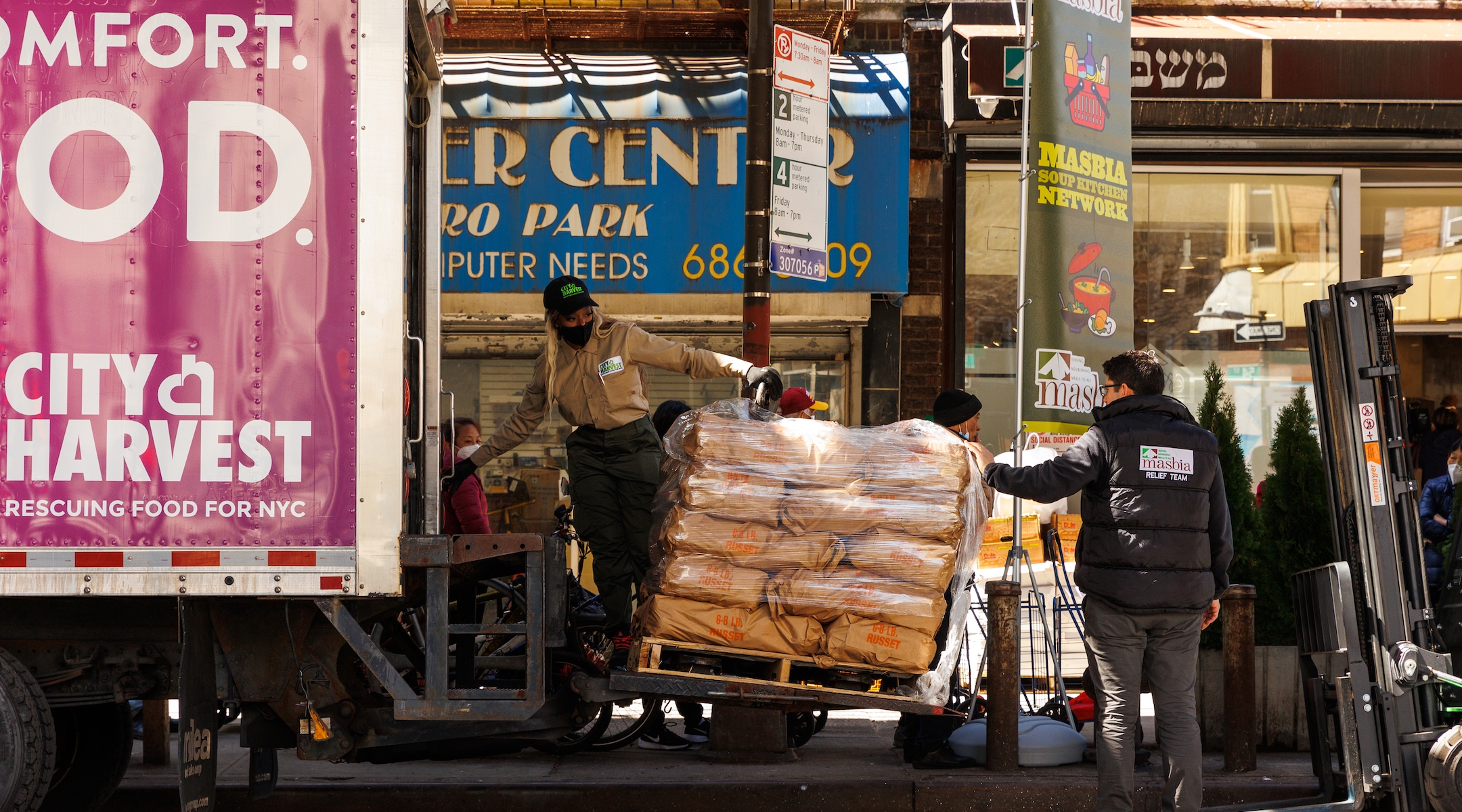 On Sunday, hundreds of cars lined up at the Brooklyn Navy Yard, where the Met Council and the United Jewish Organization of Williamsburg and North Brooklyn had its largest Passover distribution event of the season.

UJO Executive Director Rabbi David Niederman, whose organization represents haredi Orthodox Jews in the area, said that families who cannot make ends meet are in “a terrible situation.” He was happy to see that families would have food for Passover.

“When I sit down to the seder, I know we helped,” Niederman. “I’m very happy for what we did, but we need much more.”

Niederman added that those in poverty include the elderly, Holocaust survivors and families with a large number of children. 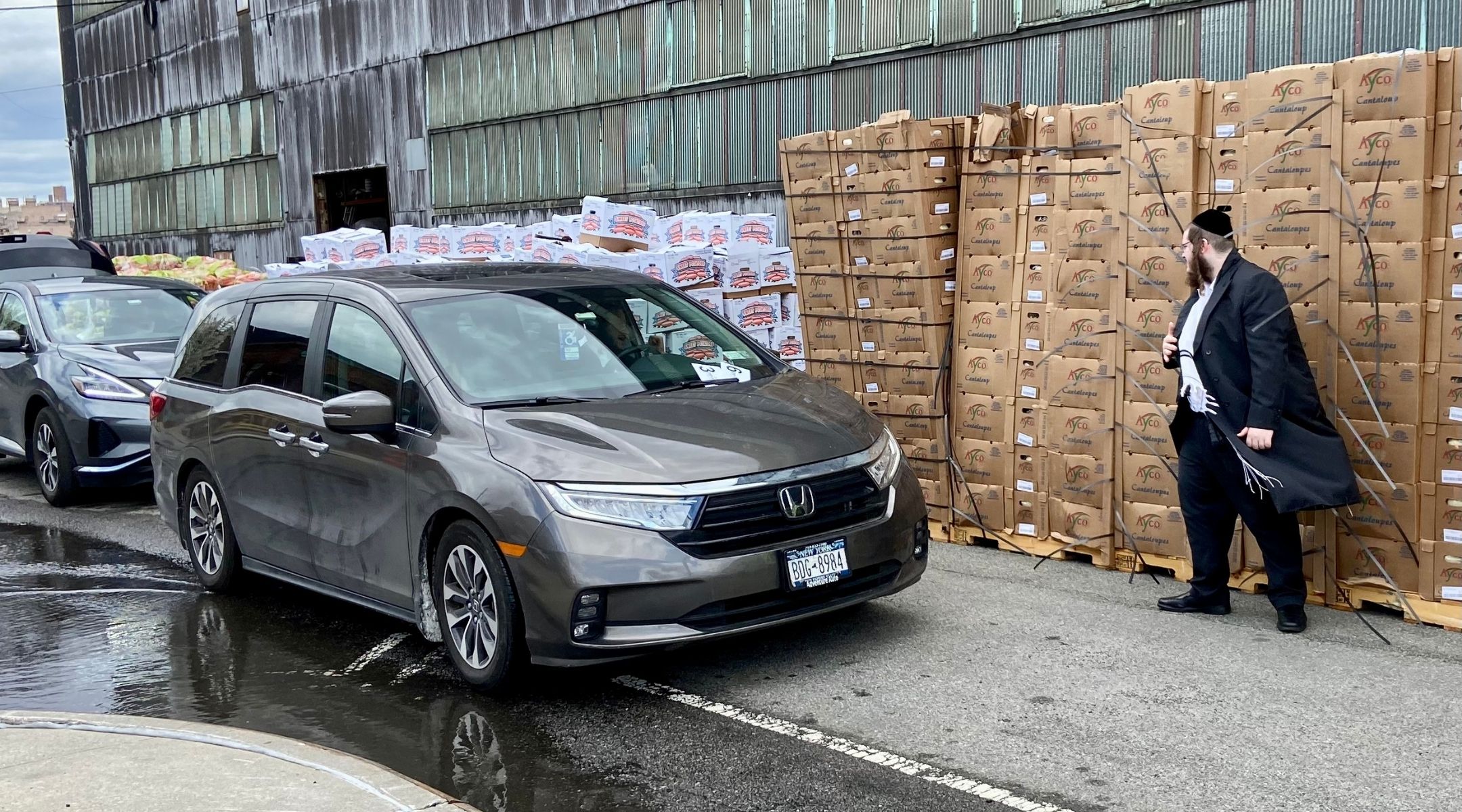 Hundreds of cars lined up at a distribution center in Williamsburg as Met Council and the United Jewish Organization of Williamsburg and North Brooklyn held their largest Passover distribution event of the season, April 10, 2022. (Jacob Henry)

“You have to feed your family, and now kids are home from school for two weeks” on Passover break, he said. “This all contributes to the incredible demand of food and lack of inadequate food for the families.”

An Orthodox man who called himself Mike Fish said Met Council allowed him to have a full Passover seder for his family of 10 children.

“It’s not just a Shabbos meal,” Fish said. “You need four cups of wine at least [as part of the seder]. The bill is twice as high. We’d be worried if it wasn’t for Met Council.”

He said that some people feel “ashamed” to take the food, but Met Council made it easier for people to have a proper Passover.

“Nobody went there for pleasure,” Fish said. “But I’m sure everybody is thankful.”

At the same time, Met Council and UJA-Federation of New York partnered with four local synagogues to collect 12,000 pounds of holiday food to be distributed to Jews in Ukraine and Jewish refugees who have been forced to flee.

Greenfield is hoping for a final push to help fund Met Council’s Passover distribution, calling on people to “give to those who are left behind.”

“People in our community are genuinely struggling,” Greenfield said. “We encourage people to really donate, give to Met Council, give to your local synagogue, give to your rabbi, just give, because the need is greater than ever before.”