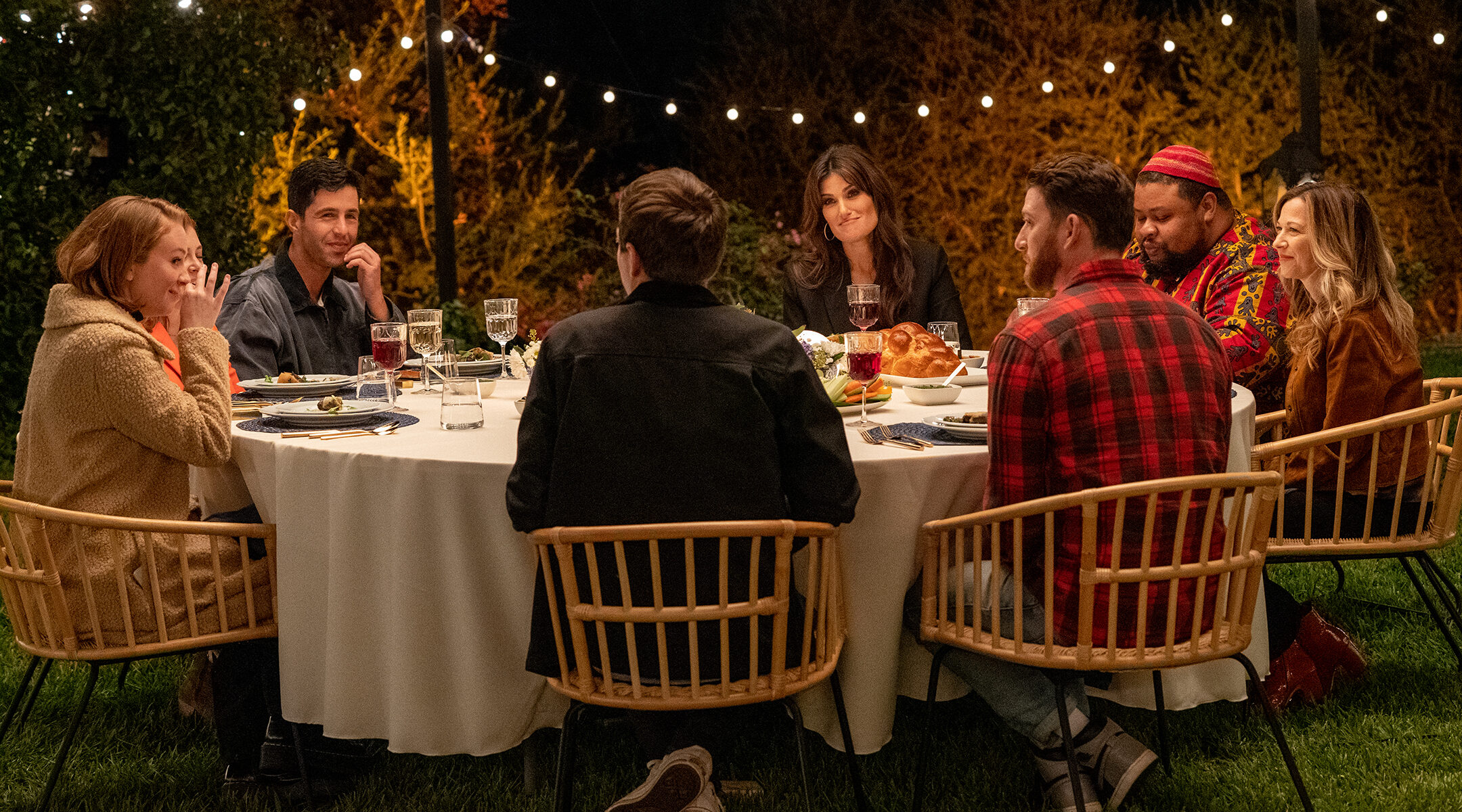 A large group of Jewish celebrities participate in "Recipe for Change: Standing Up to Antisemitism." (Courtesy of SpringHill Company)
Advertisement

It’s fun and exciting when our favorite celebrities regale us with the minutiae of their lives. What color were the balloon arches at Jenny Slate’s bat mitzvah? How does Morgan Spector react to being the object of the internet’s thirst?

But when our favorite celebrities speak out on issues that matter, that’s a special kind of heartening.

In “Recipe for Change: Standing Up to Antisemitism,” a YouTube special released on Thursday produced by The SpringHill Company, a whole cohort of Jewish celebrities are doing just that.

In the special, the celebs are divided into three Shabbat dinners and are each given a scroll. As they dine on delicious looking Black and Middle Eastern-inspired Jewish food, they open their scrolls to discuss the tough questions they pose like, “Have you ever experienced antisemitism?” and “Could the Holocaust happen again?”

For “Mrs. Maisel” actor Michael Zegen, the latter question prompted memories of intergenerational trauma. “My grandparents on my mother’s side were Holocaust survivors,” he remembered. “My grandfather essentially lost his whole family. His father was shot on the way to the trains because he had a club foot and couldn’t keep up. So they shot him.”

But the dinner conversations aren’t about only antisemitism. Rather, some of the scrolls focus on Jewish joy, asking, “What makes you proud to be Jewish?” and, “Tell me you’re Jewish without telling me you’re Jewish.” Other scrolls prompt discussions about Jewish identity, like whether Jews of European descent are white.

In a moment of perfectly blended humor and a confession of Jewish assimilation, Idina Menzel revealed, “I have to come clean, so my real spelling of my name is M-E-N-T-Z-E-L. Which everyone would say ‘Ment-zel’ and I had a lot of self-hatred about that for some reason. And then [I] wanted this cool sounding [name], so I took the ‘t’ out, which didn’t help anybody say it right.”

Ultimately, “Recipe for Change” couldn’t be coming at a better time. Debuting right before Passover, and when many Jewish families will be gathering at their own tables, this special will easily prompt important discussions for many Jews, as well as allies to the Jewish community.

“Recipe for Change” also succeeds in its radical inclusivity. Instead of just focusing on what Jewishness and antisemitism mean to cisgender, straight, Ashkenazi Jewish men, the special very purposefully makes room for the voices of Black Jews, Mizrahi Jews, LGBTQ+ Jews and Jewish women.

What results are conversations that are as thoughtful and poignant as they are full of laughter and Jewish pride.