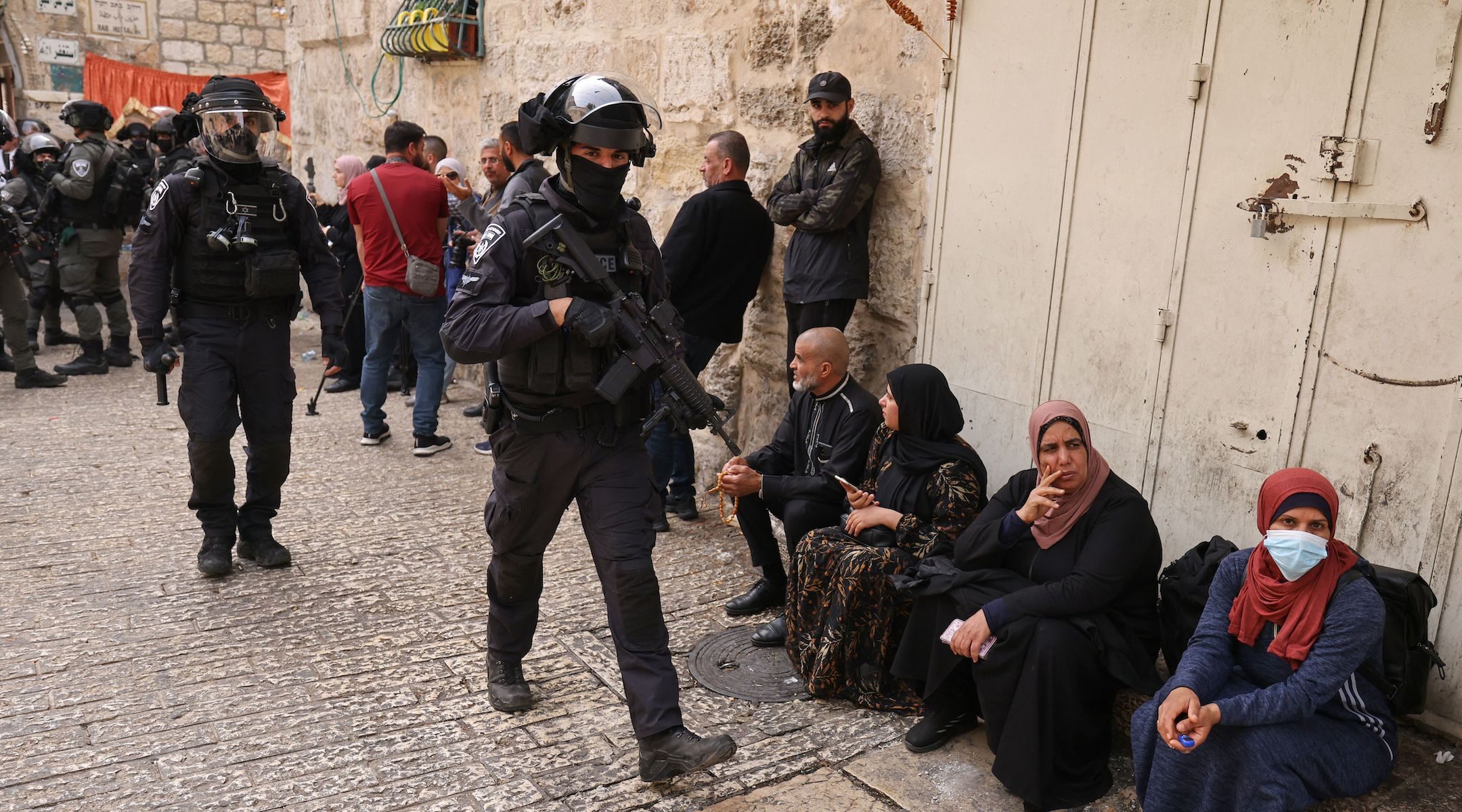 Israeli border police patrol in front of the Lion's Gate in Jerusalem's Old City, as Palestinians wait to be allowed to enter the al-Aqsa mosque compound, Apr. 17, 2022. (Ahmad Gharabli/AFP via Getty Images)
Advertisement

(JTA) — Several Palestinians were arrested and 17 were wounded, according to Israeli news reports, after Israeli police entered the Temple Mount complex Sunday on morning.

Jewish worshippers were allegedly blocked from entering the site by Palestinian worshippers.

The incident came just two days after violent clashes at the Temple Mount Friday morning, during which hundreds of Palestinians were arrested. The period leading up to the holidays of Ramadan, Easter and Passover this year has been marked by violence in Israel, with 14 people killed by Palestinian terrorists and 14 Palestinians killed in raids by the Israeli army in recent weeks.

Palestinian first responders said over 150 Palestinians were injured in Friday’s clashes and Israeli police said three of their officers were lightly injured. Palestinian rioters inside the mosque lobbed objects and explosive devices at police, who were positioned in the plaza outside the mosque. That prompted the rare entry by police into the mosque.

Five people were also wounded Sunday morning when Palestinians threw stones at a bus taking Jewish visitors to the Temple Mount site, according to Haaretz, which reported that more than 700 Jewish visitors had entered the site Sunday.