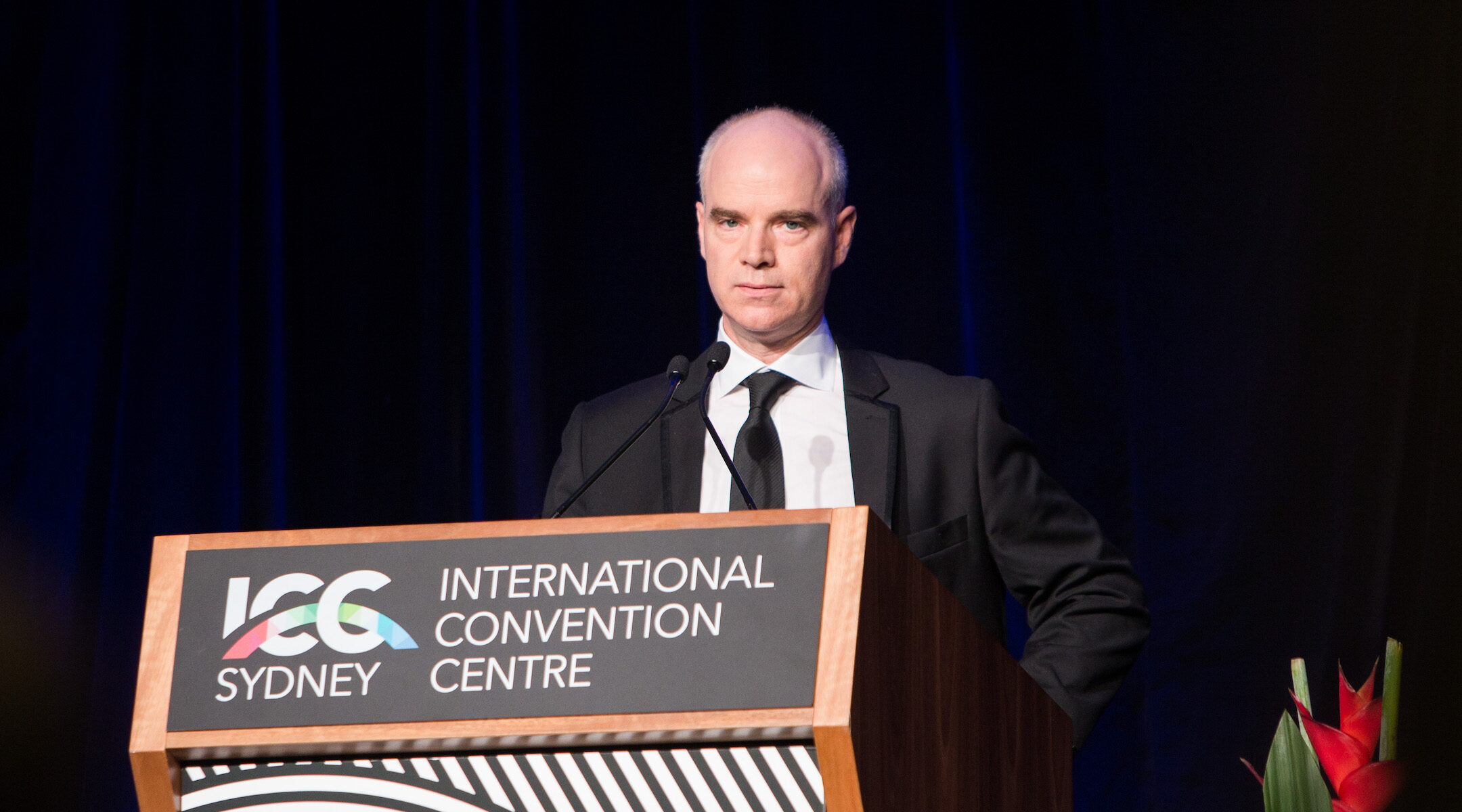 (JTA) — The New York Times named Joseph Kahn as its next executive editor, the fifth Jewish editor in the position since it was instituted in 1964 as the newspaper’s top journalist job.

Kahn is currently the Times’ managing editor and was widely expected to succeed Dean Baquet, who is retiring at the age of 65, as is Times custom.

“Joseph grew up in the Jewish tradition,” spokesperson Danielle Rhoades Ha told said Tuesday in an email. “Though he is not a practicing Jew he identifies as Jewish.”

Kahn, a two-time Pulitzer Prize winner who earned his chops as a foreign correspondent reporting for the Dallas Morning News in China in during a turbulent period in the late 1980s and early 1990s, is the son of the late Leo Kahn, a founder of Staples, the office supply giant.

The elder Kahn, who also founded a chain of health food stores that was wrapped into the Whole Foods enterprise, was known for his philanthropy, including in promoting Holocaust education, according to his 2011 obituary in the Times. He was born to Lithuanian Jewish immigrants.

Both Kahns, father and son, attended Harvard, and Leo Kahn earned a masters in journalism from Columbia University. The Times in reporting Kahn’s elevation said father and son enjoyed “dissecting” newspaper coverage together.

The family is Boston-based, and Leo Kahn’s memorial service in 2011 was held at Memorial Church in Harvard Yard.

Kahn became a leading China reporter, writing dispatches from the country in the 1990s for the Wall Street Journal and the mid-2000s for the Times. His reporting there in 2006 scored his second Pulitzer Prize.

Joseph Kahn, who goes by Joe, is close to Baquet, the Times’ first Black executive editor, who will be stepping down by June 14.

The Times is owned by the Ochs-Sulzberger clan, many of whom decades ago stopped identifying as Jewish. A.G. Sulzberger, the current publisher, announced Kahn’s appointment.