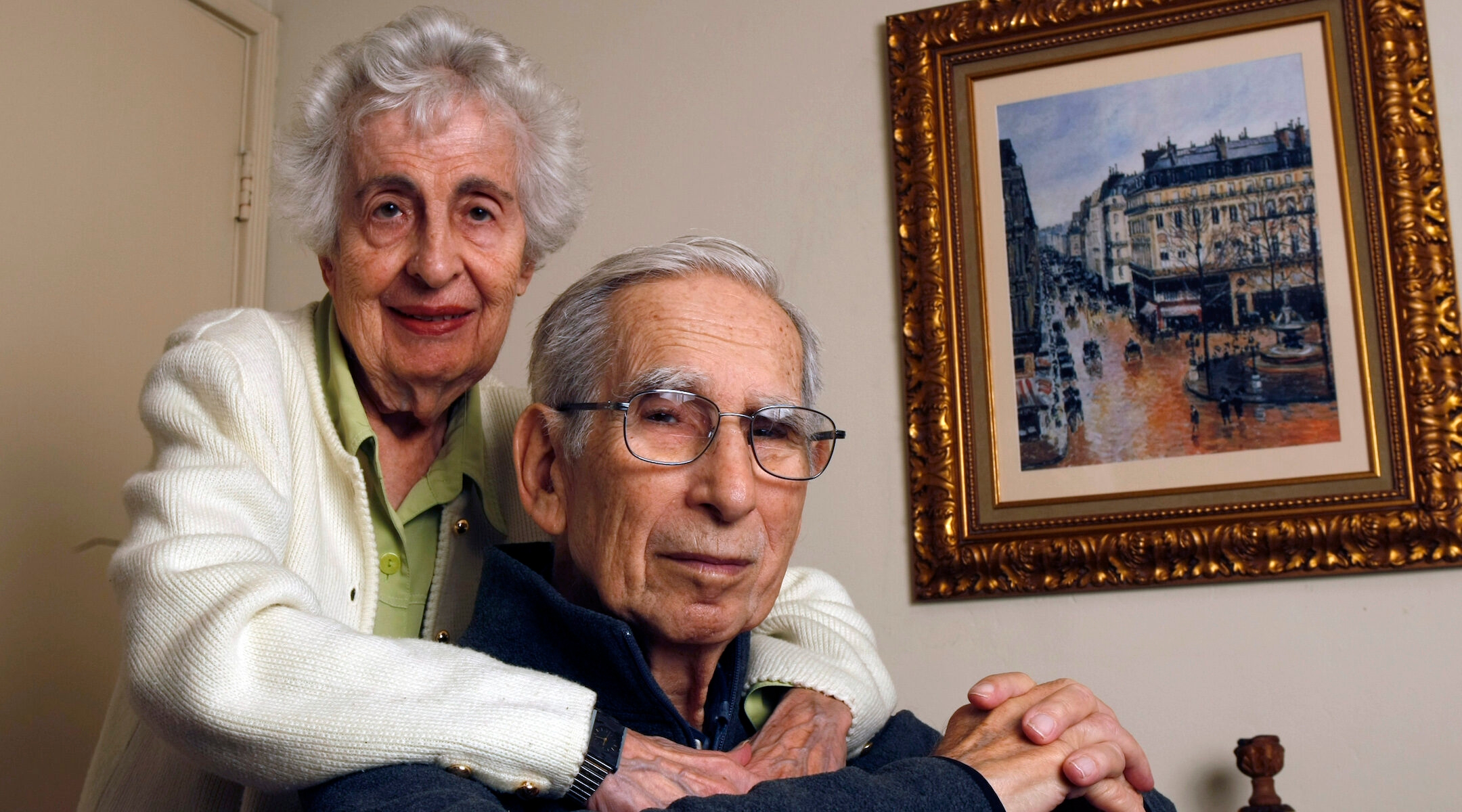 Claude and Beverly Casserir post in front of a replica of the painting the Nazis seized from Claude's grandmother in 1939, March 8, 2010. Since this photo was taken, both Claude and Beverly have died. The U.S. Supreme Court ruled April 21, 2022, that their descendants could fight in U.S. court to reclaim the painting from Spain. (Allen J. Schaben/Los Angeles Times via Getty Images)
Advertisement

(JTA) – The U.S. Supreme Court ruled that heirs to a German Jewish art dealer could use the U.S. court system to reclaim a valuable painting their family had used as a bargaining chip with the Nazis, even though the painting is currently owned by Spain.

In a unanimous ruling Thursday, the justices found that the property-law dispute could be debated in court in California, where the descendants of Lilly Cassirer live today. Jewish Justice Elena Kagan wrote the opinion.

“Our ruling is as simple as the conflict over [the painting’s] rightful owner has been vexed,” Kagan wrote in the case of Cassirer Et Al. v. Thyssen-Bornemisza Collection Foundation. The case was the most explicitly Jewish one on the Court’s docket this term, although Jewish groups have filed amicus briefs in others, some of which involve religious freedom issues.

In 1939, Cassirer had surrendered the French painting “Rue Saint-Honoré in the Afternoon, Effect of Rain,” by the 19th-century Impressionist Camille Pissarro, to the Nazis in exchange for an exit visa so she could leave the country amid rising persecution of Jews. Cassirer had inherited the painting from her father, who had bought it from Pissarro’s agent.

Two decades later, unable to track down the painting, Cassirer’s descendants instead accepted  compensation from the German government — only to later discover that the painting had undergone a journey of its own, from an art gallery in St. Louis to a private home in Switzerland to, finally, an art foundation owned by the Spanish government.

The Cassirer family discovered the painting listed in a catalog for a Madrid museum and sued to reclaim it, which led the Spanish foundation to argue that the matter should be decided in Spanish courts, not California courts.

The Supreme Court decided on purely procedural grounds that, in property-ownership disputes, a foreign state “is subject to the same rules of liability as a private party” and therefore can be sued in U.S. court.

The ruling clears the way for the Cassirer family to continue to use American legal means in an attempt to reclaim the painting.

In the 17 years since the lawsuit began, its original plaintiffs, Claude and Beverly Cassirer, have both died. Claude was Lilly’s grandson and sole heir; his son David is continuing the legal fight.

Correction: A previous version of this story incorrectly stated that Supreme Court Justice Stephen Breyer has already retired; in fact, he is retiring at the end of this current term, so Justice Elena Kagen was not the only Jewish Justice at the time this opinion was issued.