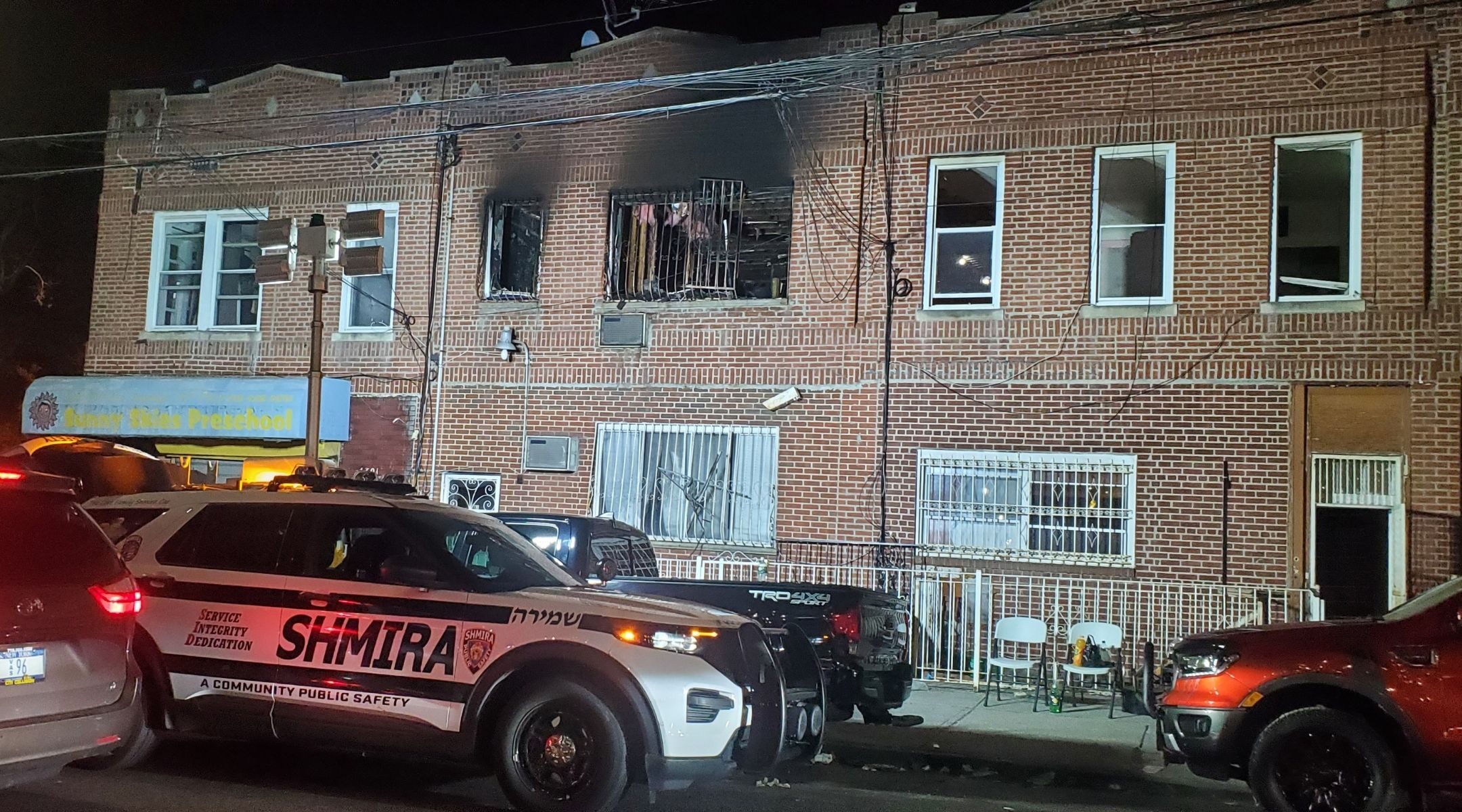 A fire in Borough Park on the last night of Passover left a family with eight kids without a home, April 22, 2022. (Courtesy)
Advertisement

(New York Jewish Week) — A two-alarm fire on the last night of Passover has left a Brooklyn family with eight children without a home.

The blaze broke on Friday night at the Borough Park home of Simcha and Sarah Salz. Two firefighters and a resident suffered minor injuries during the fire, according to AMNY. Approximately 125 firefighters responded to the emergency.

The cause of the fire is still under investigation. The Salz family, most of whose members were either attending synagogue or visiting neighbors when the fire broke out, were not available for comment.

This two-alarm fire on the last day of Passover left a Brooklyn family with 8 children without a home.

The community has set up a fundraiser to help. Donate here: https://t.co/uvmGvUPsNE pic.twitter.com/hcDVCswfdj

Masbia, the kosher food pantry, set up a fundraiser with other members of the community to help the Salzes get back on their feet.

In a press release, Masbia said the fire left the family “with nothing but the clothes on their backs.”

“Even their Tefillin was damaged,” the press release said.

Alex Rappaport, Masbia’s executive director, told the New York Jewish Week that much of Borough Park left their synagogues after Friday night services to see that “the entire neighborhood was in smoke.”

“The father was just another person walking home from shul, smelling the smoke, seeing the smoke and as he got closer, it was his own home,” Rappaport said. “That’s everyone’s nightmare.”

He added that the fire burned for “a very long time” as many members of the Borough Park Jewish community gathered near the scene after coming out from their synagogues.

“I live a few blocks away and my wife managed to hear the commotion and go there and still see it.” Rappaport said. “It wasn’t a small fire. It was totally yellow and orange for quite a good few minutes.”

Chaim Schwartz, a community member who helped set up the fundraising campaign, said he “saw flames coming out from all the windows.”

“The flames were shooting out,” Schwartz said. “Luckily none of the family members were in the house.”

He said the father and the boys were in synagogue, and the mother and the girls were at a friend’s house during the fire.

Schwartz added that the community was quick with its support, offering food, money, beds and more.

“The generosity is unbelievable,” Schwartz said. “This gives them a lot of courage to continue their life.They have a whole new family helping them out.”