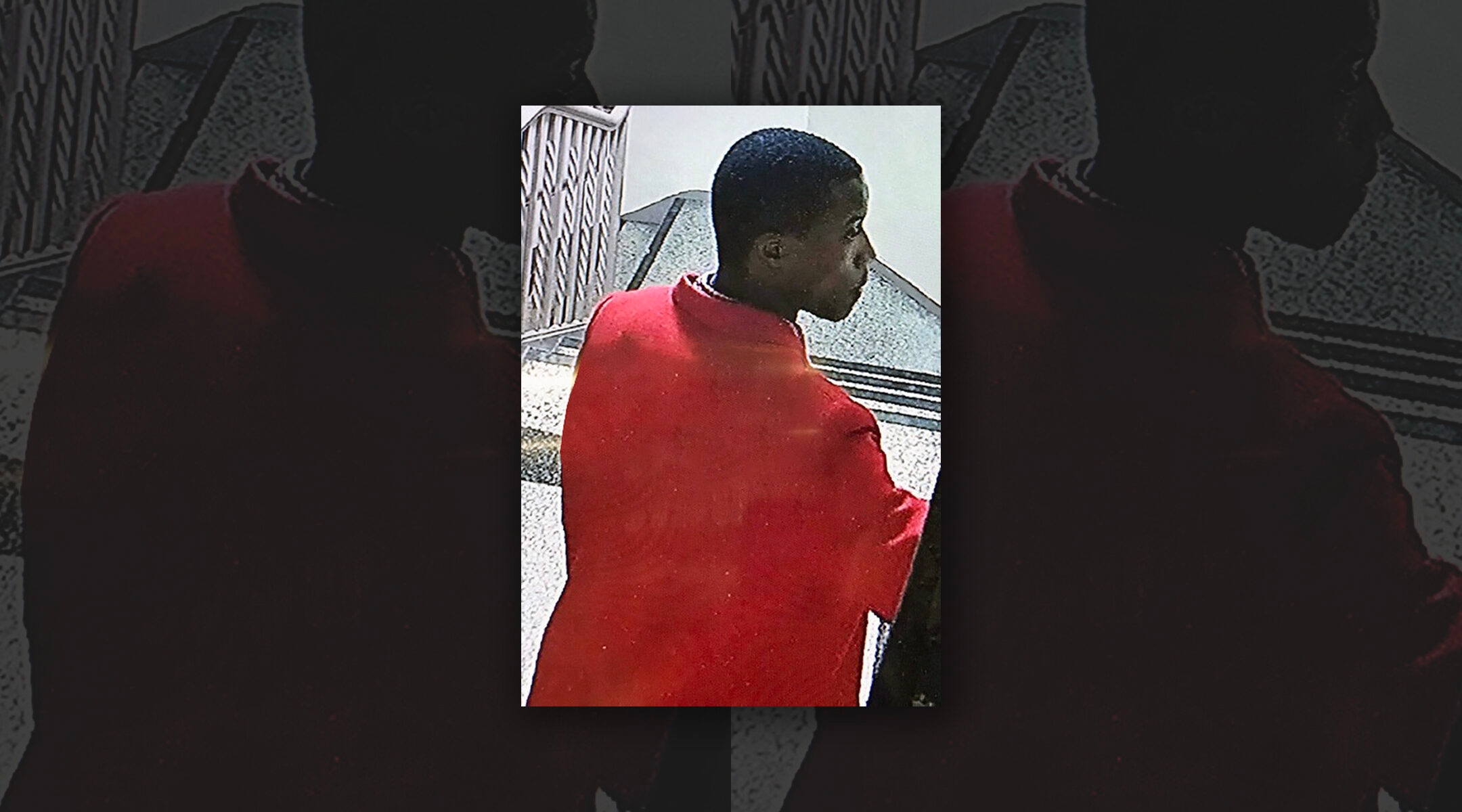 A man police identified as James Polite is seen in a surveillance picture in connection with antisemitic graffiti found inside Union Temple in Prospect Heights, Brooklyn in 2018. (NYPD)
Advertisement

(New York Jewish Week) — A troubled former City Hall intern and Brandeis University graduate convicted in a 2018 spate of antisemitic vandalism in Brooklyn was arrested last week for robbing a man on the subway and threatening him with a knife.

James Polite, 29, appeared agitated in court Monday, according to the Daily News, yelling at his lawyer and the judge in his first court appearance on the robbery charge.

In 2018, the congregation at Union Temple in Prospect Heights discovered phrases like “Die Jew Rats,” “Hitler” and “Jew Better Be Ready” scrawled throughout the Reform synagogue. Polite was identified by security camera footage and was taken into custody days later at the scene of a fire that had been set inside the coat room of a Williamsburg synagogue. He was freed after a year in jail awaiting trial, and in October 2021 was convicted of a burglary as a hate crime.

Coverage at the time of the synagogue attacks noted that Polite had a history of mental illness and drug addiction; a profile of Polite written for the New York Times’ “Neediest Cases Fund” campaign a year earlier described his childhood spent in a series of foster homes, and the Jewish foster parents who took him under their wing. Before attending Brandeis University, he worked for then-City Council Speaker Christine Quinn on issues that included combating hate crimes.

His latest arrest came after he allegedly threatened a man on an A train near the Hoyt-Schemerhorn station in Brooklyn and demanded his valuables.