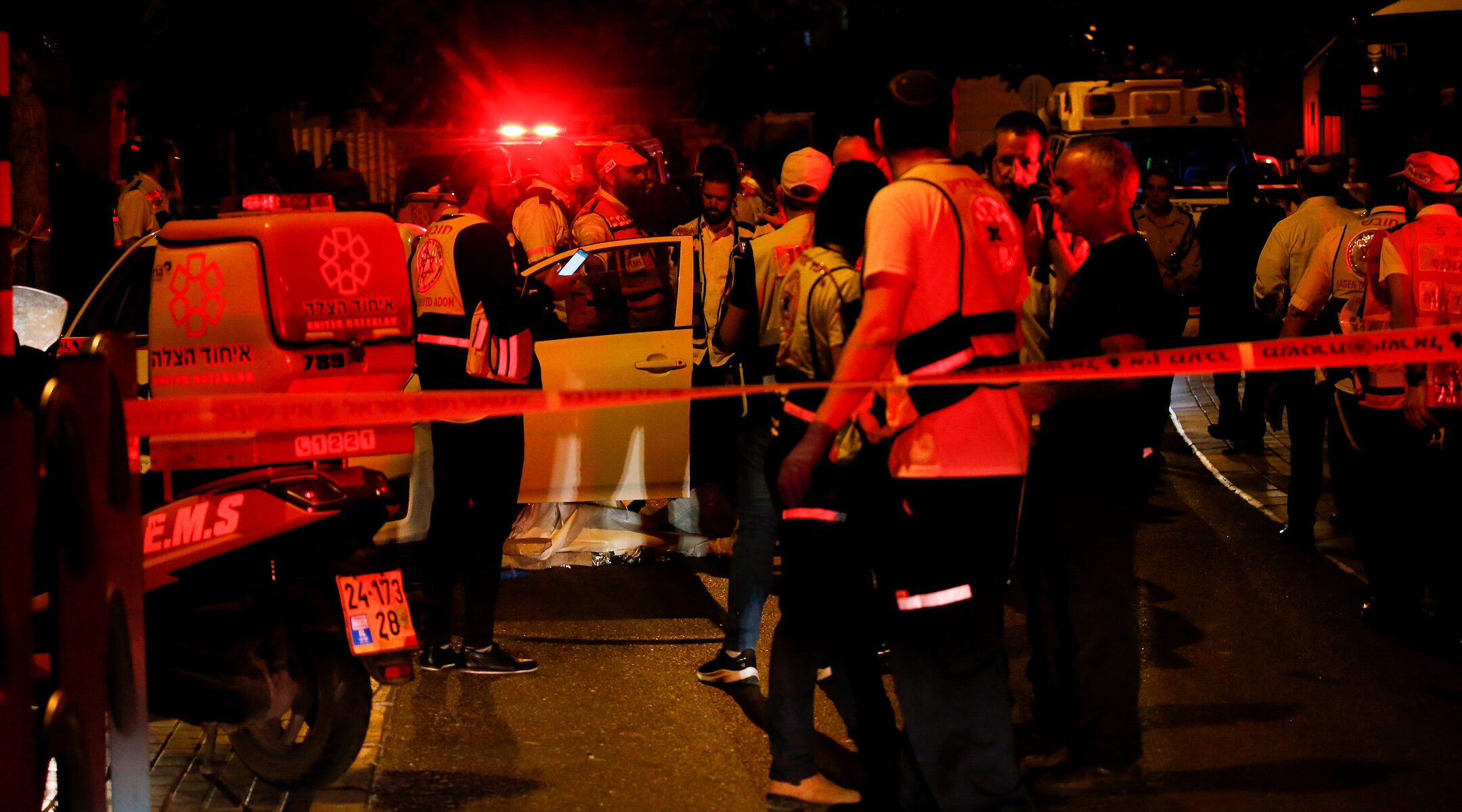 Israeli security and rescue personnel work at the scene of a terror attack in Elad, May 5, 2022. (Jamal Awad/Flash90)
Advertisement

(JTA) – A three-day manhunt for the perpetrators of deadly Israel Independence Day attacks in the central city of Elad ended Sunday with the arrest of two Palestinians, Israeli authorities announced.

As’ad Yousef As’ad al-Rifa’i, 19, and Subhi Emad Sbeihat, 20, were charged with killing three people and wounding several others with an ax. Eyewitnesses had also reported the use of a knife.

Authorities said they had found the suspects in a forested area less than a mile from the site of the attacks. They also released a video of the arrests, in which al-Rifa’i can be heard confessing to having planned and carried out the attacks.

Immediately after the attacks, the area had been flooded with Israeli Defense Forces, the Shin Bet agency and local police.

No group has claimed responsibility for the attacks. Local authorities said the men had attacked two different locations.

The attacks came amid multiple signs of rising tension between Israelis and Palestinians, including clashes and arrests at Jerusalem’s al-Aqsa mosque (also known by Jews as the Temple Mount) as Jews were allowed to re-enter the sacred Muslim prayer space, and a monumental Israeli high court ruling that cleared the way for the Israeli military to expel 1,300 Palestinians from an area that had been declared an army training zone in the 1980s.