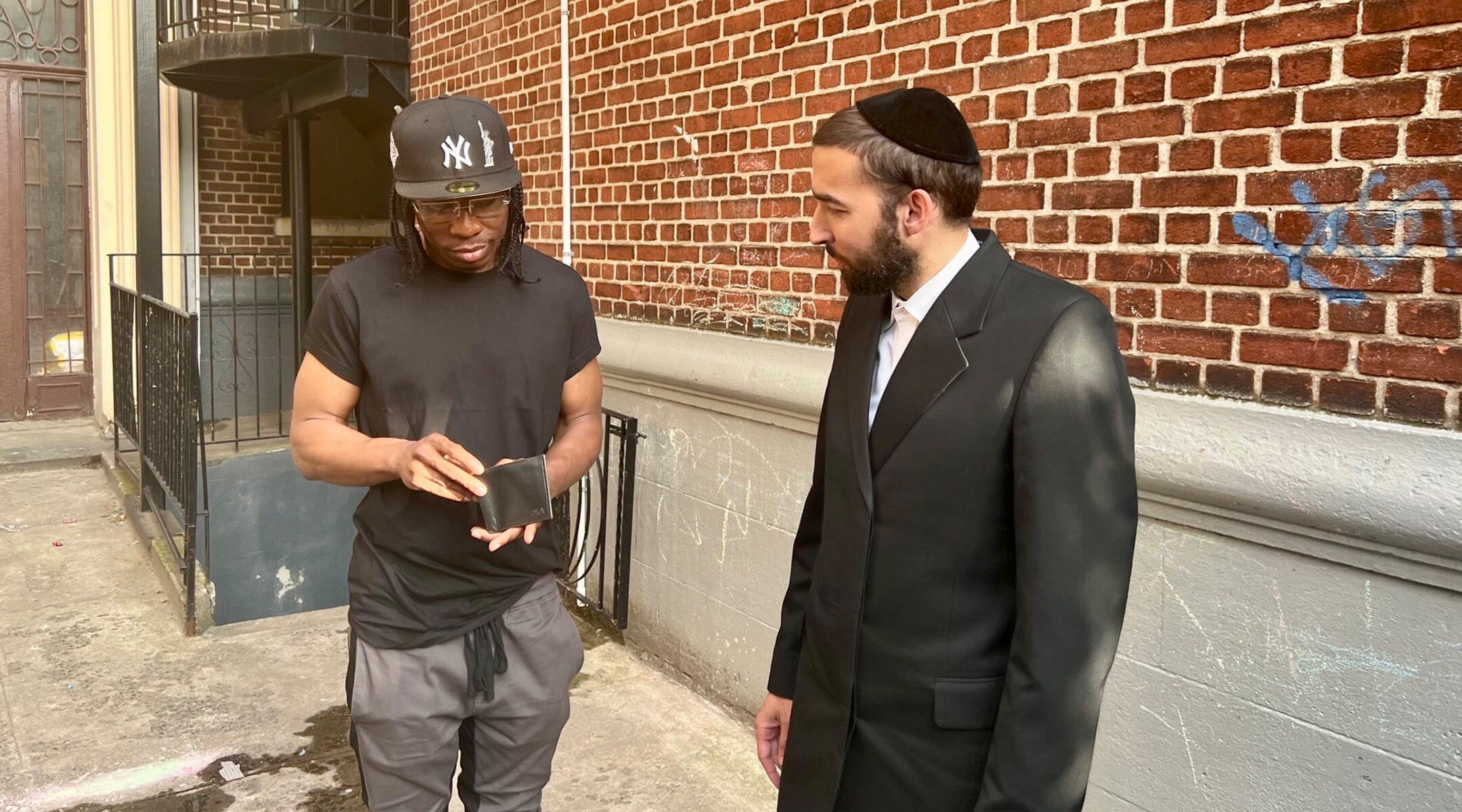 Chris Collins lost his wallet, but Assemblymember Simcha Eichensatein helped link him up with a Hasidic family who found it last Thursday. (Courtesy)
Advertisement

(New York Jewish Week) — In a weekend marred by an act of hate-filled violence, a Jewish family from Brooklyn did their part to heal the world.

On Thursday, the Hasidic couple from Brooklyn were on an outing on Governors Island with their children when they found a wallet full of $1,400 in cash.

They contacted State Assemblyman Simcha Eichenstein, who was able to track down the owner of the wallet, a man named Christopher Collins from the Bronx.

In a video shared with the New York Jewish Week, Eichenstein is seen holding a meeting between Collins and the Hasidic man who found the wallet.

Collins said in the video that he is thankful and “appreciates the gesture so much.”

“I’m thankful to find out that there are people out there that care enough to give me back my wallet with all my things in it,” Collins said.

Feel good story for today: This Bronx man lost $1400 in his wallet. A Hasidic family, with the help of @SEichenstein, returned it. pic.twitter.com/8Ox276KkaB

Eichenstein told the New York Jewish that after a series of reports of antisemitism, this is “a very nice moment.”

“These are two individuals that might have very little in common other than that they are both New Yorkers,” Eichenstein said. “We look out for each other.”

Eichenstein also noted that Collins is Black, which he brought up in referring to Saturday’s mass shooting in Buffalo when an 18-year-old white supremacist shot up a grocery store in a predominantly Black neighborhood, killing 10 people and injuring three

“We know what happened in Buffalo is a horrible, racially motivated crime,” Eichenstein said. “We have to be there for each other. If only one person out there walks away from this moment seeing how these two communities treat each other, then it was worth it.”

Eichenstein said he wanted to bring attention to this story because some people view Hasidic Jews as “different because of the way we dress.”

“These are two individuals that have never met before and probably will never meet again.” Eichenstein said. “When we get past all that, we start to realize that is how we’re supposed to treat each other.”

Both Collins and the Hasidic family declined to be interviewed for the article.