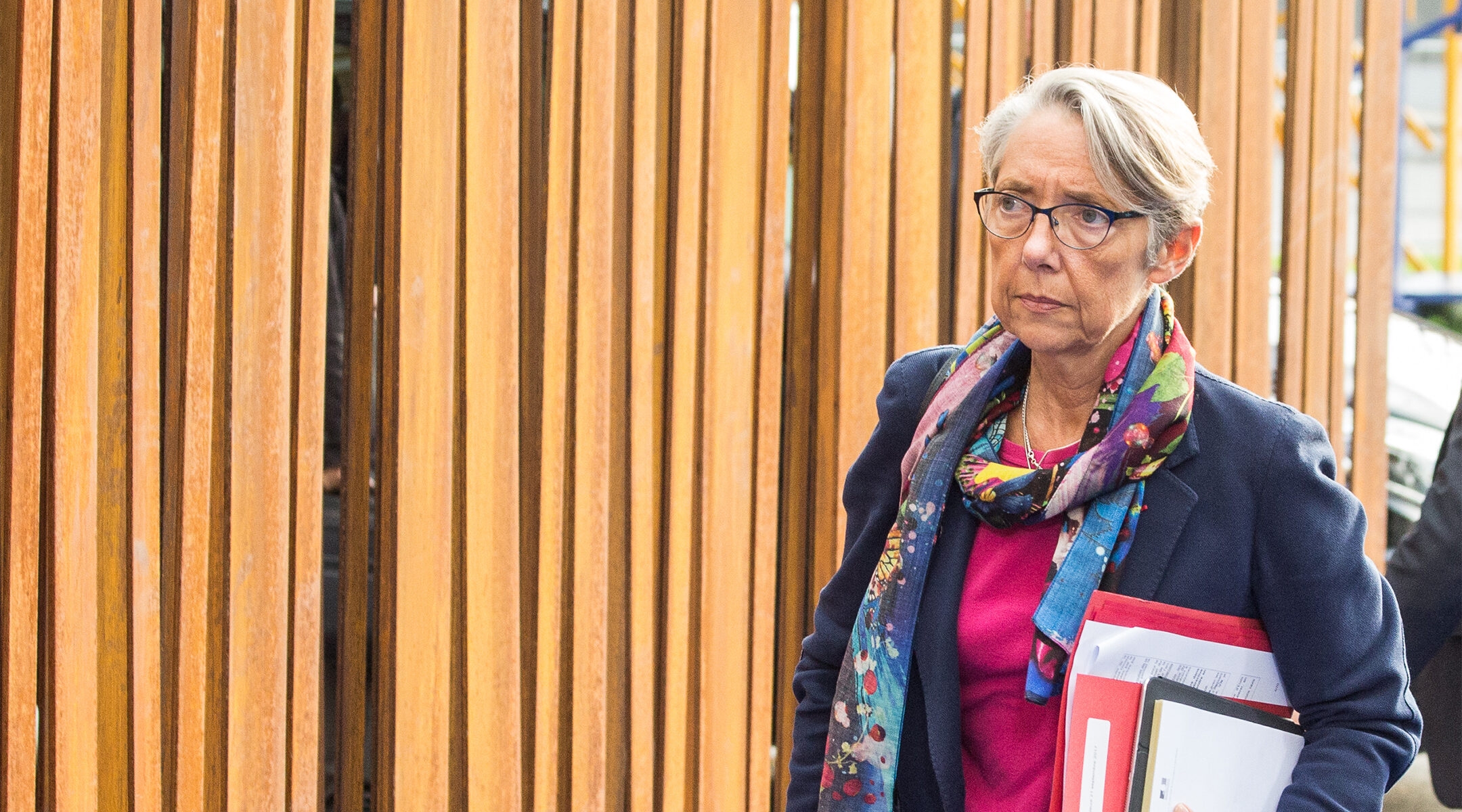 (JTA) — French President Emmanuel Macron has appointed as prime minister Élisabeth Borne, a former cabinet minister whose father, Joseph Bornstein, was a Polish Holocaust survivor who died by suicide when she was 11.

Borne, a 61-year-old former Socialist Party politician who previously had served as labor minister, is the second woman to hold the post and one of several people with Jewish roots, including Laurent Fabius and Leon Blum.

Joseph Bornstein and his three brothers, Isaac, Albert and Leon, were born to Polish-Jewish immigrants in Belgium. The family fled that country to France in 1940 when Germany invaded Western Europe.

But Isaac and Joseph, both of whom served in the French resistance before their arrest, according to a filmed testimony by Isaac, survived until Auschwitz was liberated in 1945 and returned to France. Deeply traumatized by the Holocaust, Joseph Bornstein died by suicide in 1972, when he was 48 and his daughter, Elisabeth, was only 11.

Joseph Bornstein converted to Christianity after World War II to marry Elisabeth Borne’s mother, Marguerite Lescène, according to Isaac’s testimony. He suffered from epilepsy and other medical problems but, Isaac Bornstein said, “I think he never got over Auschwitz.”

Borne, who has never run for public office, is widely seen as a technocrat with little interest in media attention. Her nomination may also be temporary, pending the results of legislative elections set for next month.

She has led a tough negotiation against some trade unions since 2017, when Macron was elected for his first term in office. That year, she led a reform that forced the SNCF railway company to give up considerable pension benefits for its employees, a move the company resisted by mounting multiple strikes.

The leaders of France’s far-right and far-left parties both expressed displeasure at Borne’s nomination, citing her role in reducing some social benefits.