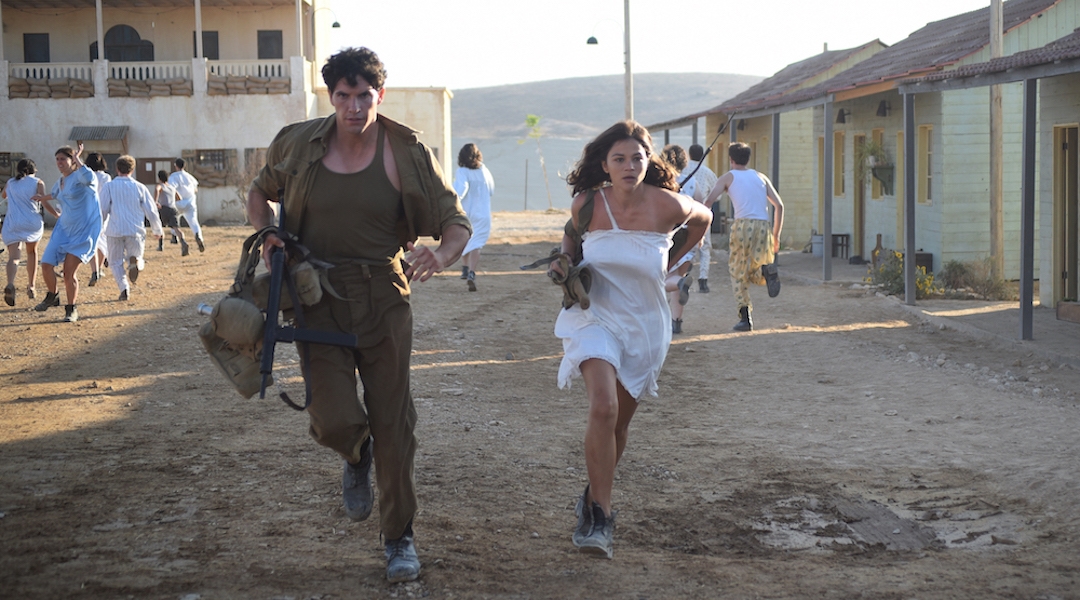 (New York Jewish Week) — From an epic historical film about Israel’s war of independence  to a nuanced documentary set in unassuming Petach Tikva, a diverse slate of new, noteworthy Israeli films are coming to New York this week.

The 10th Israel Film Center Festival at the Marlene Meyerson JCC Manhattan, which runs June 1-8, is bringing back in-person screenings and continuing online screenings after two years of festivals that were entirely virtual.

The festival will screen four features — two documentaries and two fiction films —and the first few episodes of the second season of the Israeli comedy TV series “The New Black” (“Shababnikim”), which is about four bad-boy yeshiva students testing the boundaries of their Haredi Orthodox community.

The festival is part of the JCC’s Carole Zabar Center for Film, an initiative begun 15 years ago by Carole Zabar. If her name sounds familiar it’s because Zabar married into the appetizing dynasty whose name is to New York bagels and lox what Kleenex is to tissues. She spent her formative years in Israel and aims to bring that Israeli perspective to the film center. “I lived in Israel for five years and have been immersed with Israeli cinema since its early days,” she told the New York Jewish Week. “The industry has so much more to offer than most Americans have access to.”

In addition to the upcoming festival, Zabar founded a different Israeli film festival through the film center: The Other Israel Film Festival focuses on human rights and sociopolitical themes in Israeli cinema, picking works that elevate underrepresented voices in Israeli and Palestinian society.

The upcoming Israel Film Center Festival provides a more mainstream selection, though several of its offerings include social and political themes. Isaac Zablocki, the festival director and founder, told the Jewish Week, “I think Israeli film is a window into a much truer reality of Israeli society. We normally get to see Israel through the filter of the news. Films can share human stories that highlight the details of a culture. For the Jewish community specifically, a deeper understanding of Israeli culture is crucial.

“At the same time,” he added, “for those who feel close to Israeli culture, it’s important to have a place to appreciate and share stories relevant to our society.”

A highlight of the festival is the documentary “Queen Shoshana,” directed by Kobi Farag and Morris Ben-Mayor, which takes a candid look at one of Israel’s first divas, the Yemenite Israeli folk singer Shoshana Damari. Damari, best known for her song “Kalaniot” (Anemones), rose to fame in Israel in the 1940s and ‘50s and struggled to balance her artistic career with her family life. (A new generation discovered her later in her life thanks to her collaboration with Israeli musician Idan Raichel.) 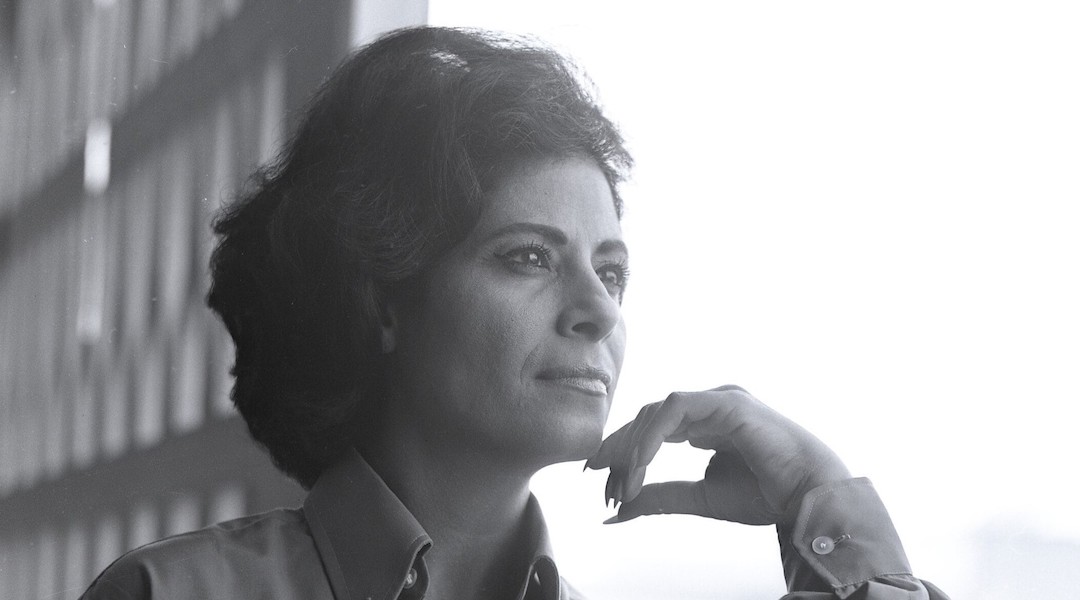 Damari spent several years in the United States where she formed close friendships with Nina Simone, Danny Kaye and Nat King Cole. “I had friends in high society,” Damari says in an interview included in the film. “Harry Belafonte has a few of my records. I’m sure he learned ‘Night by Night’ from me.” (In addition to Damari’s music, the film includes unexpected clips of Belafonte and Simone singing Hebrew folk songs.)

“She came from a Yemenite background and she brought a Middle Eastern voice to Israeli society that at the time was a very Ashkenazi and Eurocentric society,” said Zablocki. “She was a breakthrough voice. She was a star before Israel had stars.”

The festival’s opening night film is “Image of Victory,” directed by Avi Nesher, a giant in Israeli cinema. The film is about the Battle of Nitzanim, which took place on a kibbutz during the Arab-Israeli War of 1948. Based on a true story, the film portrays the events as seen by characters on either side of the war: a propaganda filmmaker from Cairo (Amir Khoury) and a kibbutznik radio operator (Joy Rieger), both torn between their idealistic values and the bloody reality they face. Over the course of the film, tensions rise and the battles intensify. The film has the glossy, epic sensibility of a Hollywood war film and portrays the devastating human costs of war. It was nominated for 15 Ophir Awards, the Israeli Oscars.

Zablocki called “Image of Victory” one of the biggest Israeli productions ever. “Avi Nesher is something like the James Cameron of Israel — he’s a leading director with a very polished voice who’s a great storyteller. This is a historic film, which is an achievement for an Israeli production,” he said. “The film brings in the Egyptian perspective and tackles the place of cinema and the way we capture stories. He’s a very smooth filmmaker and brings together a great cast to tell a story that most people don’t know.”

Also being shown is “Promised Lands,” directed by Yael Reuveny, a documentary about a woman director coming home to visit her elementary school class in in provincial Petach Tikva. Now living in Berlin, she examines a generation in Israel that grew up in a relatively more peaceful time and explores what happened to that hope.

“The Swimmer,” directed by Adam Kalderon, is a scripted film about swimmers trying to qualify for the Olympics. “It’s about the gay community, and there’s a father-son theme as well, and it’s the most universal of the films,” said Zablocki. “There’s no politics, no war, no religion there. It’s an internal story. It’s a great example of where Israeli cinema is right now in terms of its production qualities. And it fits in very nicely with the international gay film genre.” 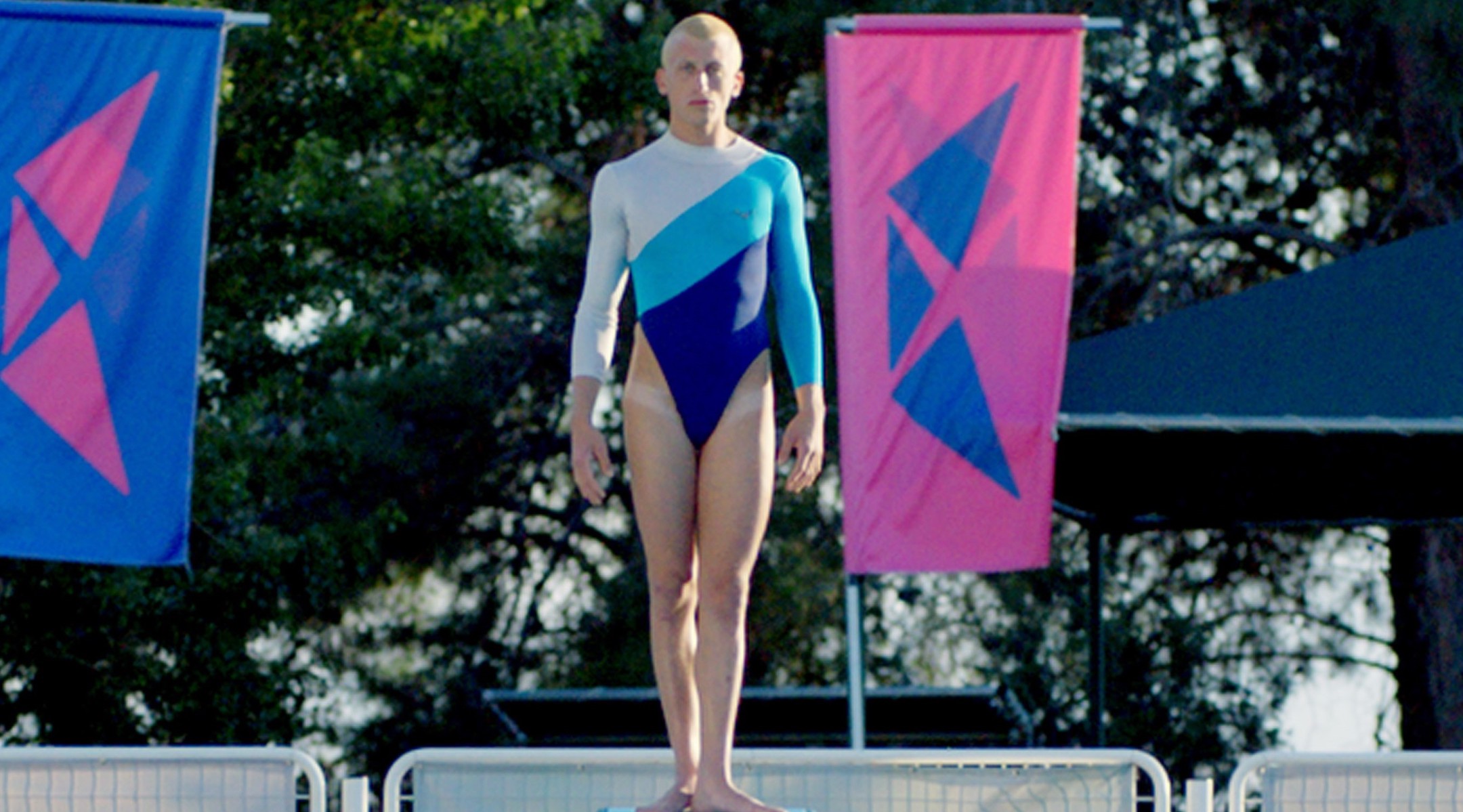 “The Swimmer,” directed by Adam Kalderon, is about the sexual awakening of a young gay man competing for a spot on the Israeli Olympic swim team. (Israel Film Center)

“The New Black” (“Shababnikim”), created by Eliran Malka and Daniel Paran, is one of Israel’s most successful programs. “This series speaks to what’s popular in Israel today, which is part of the nuance of the Israeli perspective our festival looks to express,” said Zablocki.

In addition to nuance, Zablocki hopes the festival expresses the diversity of Israeli filmmaking.

“In any healthy society where you can tell human stories, your stories are going to be different because people are different,” he said. “And there’s so much going on in Israel — there isn’t one way or one film that defines Israel. They all define Israel in different ways. And I think what connects them all is the quality of production and storytelling.

Films can be seen June 1-8 in person at screenings at the Marlene Meyerson JCC (334 Amsterdam Ave, New York, NY 10023) or virtually only in New York, New Jersey and Connecticut. Tickets start at $15 and can be purchased here.