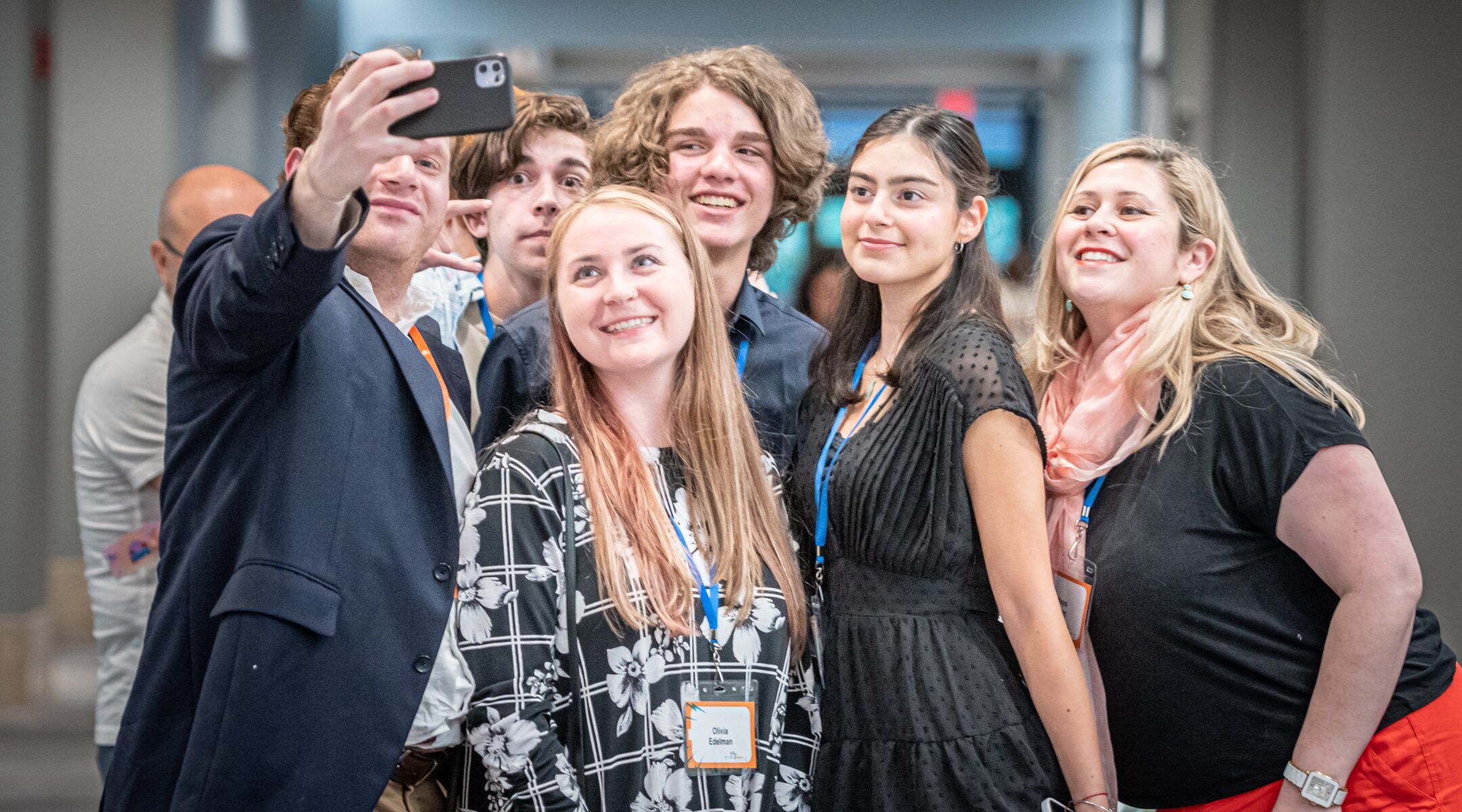 About 500 people attended the first full-weekend Limmud FSU gathering in the United States since before Covid, at a site in suburban New Jersey, May 2022. (Rostislav Kusnetsov)
Advertisement

PARSIPPANY, N.J. — On Feb. 22, only two days before the start of the war in Ukraine, Kyiv Jewish leader Gennadiy Beloritsky decided he had to get his wife and five kids to safety.

“I realized this was the only chance for my family to escape by air, so I sent them on the last plane to Israel,” Beloritsky said.

The 43-year-old lawyer then stayed behind for more than a month to help organize the evacuation of some 5,000 other Jews from Kyiv to smaller towns in the countryside.

Beloritsky, who divides his time between Kyiv, Budapest and Revava, a Jewish town in the West Bank, described current humanitarian efforts in Ukraine while at a recent conference in New Jersey for Jews whose families hail from formerly Soviet countries.

The Ukraine crisis could not be ignored at Limmud FSU’s May 20-22 conference, dubbed Recharge 2022. About 500 people attended the event — the first full weekend U.S. Limmud FSU gathering since pre-Covid days — including a special children’s program and 70 presenters lecturing on everything from rising antisemitism to the psychology of climate change. 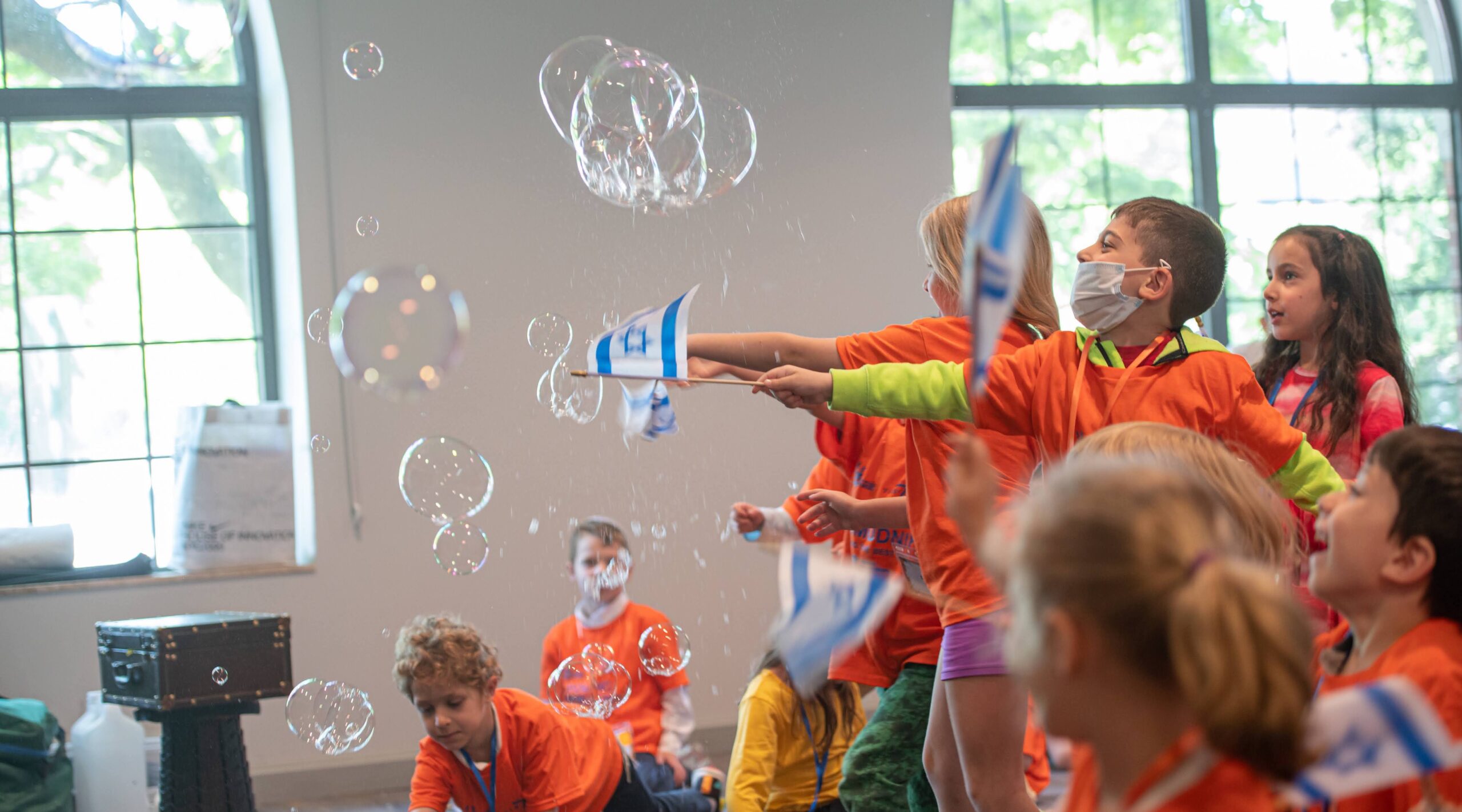 Children at Limmud FSU’s New Jersey conference get into the Zionist bubble, May 2022. (Rostislav Kusnetsov)

The retreat coincided with New York’s Celebrate Israel parade, which attracted 40,000 people to the streets of Manhattan, including many Limmudniks, in a massive show of solidarity.

“This the most complicated time for the Jewish people since the Holocaust,” Malcolm Hoenlein, vice chair of the Conference of Presidents of Major American Jewish Organizations and a Limmud FSU board member, said at the conference. “The world is not good right now. Nobody would have thought we’d be sitting here post-Covid with a million Americans dead, a war in Ukraine, and Finland and Sweden joining NATO.”

He added: “So much of what we thought we had left behind — buried in the ashes of the Shoah — are unfortunately coming back. Among them is antisemitism in every part of the world.”

Citing a record 2,717 reports of assault, vandalism and harassment against Jews in America in 2021 according to the Anti-Defamation League’s annual survey, up 34% from the 2,026 incidents reported in 2020, Hoenlein warned that the “vast majority” of young Americans are indifferent.

“Hitler took months to spread the Big Lie. Today, we do it in nanoseconds, and Holocaust denial is on the increase as we lose the last of the survivors,” he said. “The one thing we can’t afford is ignorant Jews. Otherwise, we and our children will pay the price.”

Among the key supporters of Limmud FSU are Genesis Philanthropy Group, the Claims Conference, the Jewish National Fund (KKL), the Blavatnik Family Foundation, the World Zionist Organization, and philanthropists Diane Wohl and Tom Blumberg, among others.

Since the first Limmud FSU conference 15 years ago, at least 80 events across the globe have been hosted by 13 volunteer teams with over 75,000 Russian-speaking Jewish participants. The organization’s leaders are Chairman Matthew Bronfman, President Aaron Frenkel, founder Chaim Chesler and co-founder Sandra Cahn.

“As the world truly seems to be emerging from the ravages of the pandemic and we could return to full-scale face to face programming, the conference took place against the painful and profoundly upsetting background of the ravaging war in Ukraine,” he said.

Cahn said, “It was a true celebration of common identity and Jewish heritage, an opportunity for Jews to learn together about Judaism and contemporary issues facing the Jewish and wider world, dance and sing together, and rejoice in our Jewish roots.”

Limmud FSU’s next major event is scheduled for June 24-26 in Niagara Falls, Ontario; some 400 Canadian Jews are expected to attend.

Five local humanitarian organizations ranging from the Coordinating Council for Refugees to Rubikus described what their groups are doing to get Ukrainians out of the war zone and offer medical and legal assistance to those who resettle in the United States.

“If your heart is bleeding every time you turn on the news, then you know this help is needed more than ever before,” said Elly Alenka Dream, a volunteer with Direct Help for Ukraine. “As a Jewish nation, we have faced atrocities like nobody before. So let’s lend a helping hand.” 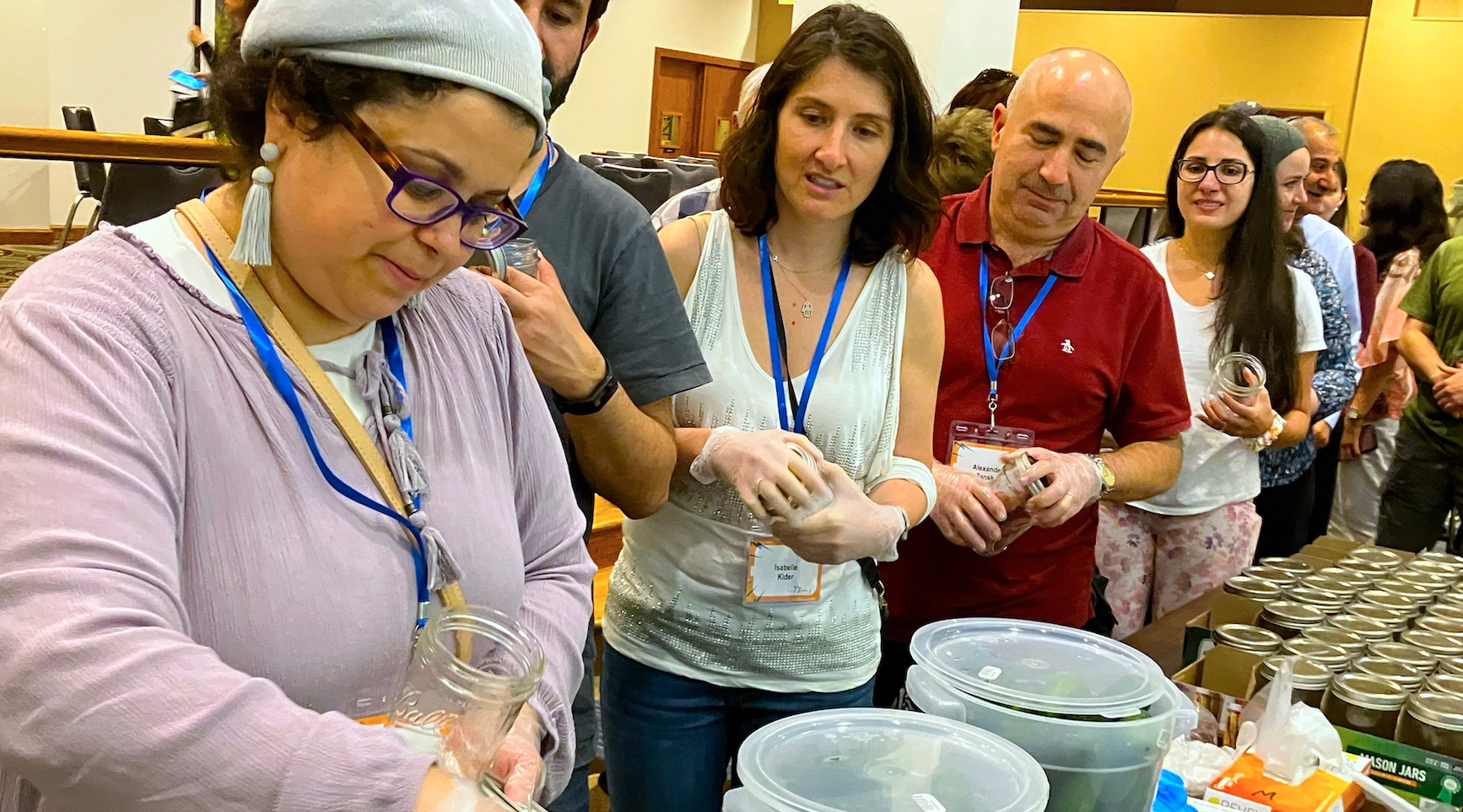 Israel’s minister of Diaspora affairs, Nachman Shai, spoke about the importance of solidarity among Jews from formerly Soviet countries.

“I believe we must focus on building new opportunities for Jews of Russian-speaking backgrounds around the world to learn from each other and to build lasting bridges of solidarity,” Shai said in a video message to the conference. “While we may not always agree, world Jewry will be given a voice to share and discuss when decisions are made that directly affect all of world Jewry.”

Not all the sessions at the Recharge gathering tackled weighty issues. Eddie Ilyasov talked about leaving his six-figure job as a Wall Street financial analyst to become a pickle entrepreneur. He said he was inspired by his Bukharian aunt, who one evening served dinner accompanied by pickles that blew his mind.

“I asked for her recipe, but she didn’t give me the exact ingredients, so I experimented at home,” Ilyasov recalled.

Many kitchen disappointments followed until he eventually ended up with an amazingly crunchy pickle by trying different combinations of salt, vinegar and his own spices.

“I was so proud that I put it on Instagram, and started giving pickles out free to my friends,” he said. “Then I started charging people $5 per jar, and soon I had a waiting list that became six months long. People would do anything to skip the line. So I quit my job and set up a factory in my basement. Now we’re in 12 stores all over New York City.”