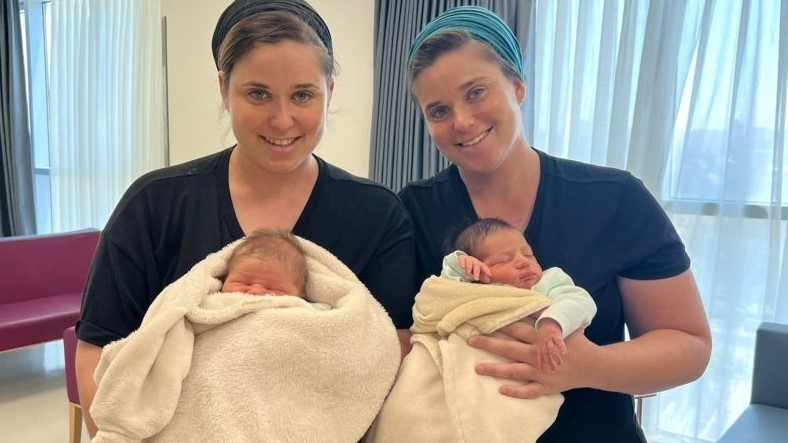 (JTA) — When they were born, Yael came first, and then came her twin sister, Avital.

The twins preserved that sequence 31 years later when they gave birth on the same day on Monday to boys at Jerusalem’s Shaare Zedek hospital.

That’s not where the coincidences stopped, according to a hospital news release and an interview the twins gave to Kikar HaShabbat, a religious news outlet. The sisters Yael Yishai and Avital Segel, who live in the Gush Etzion bloc in the West Bank, were each bearing a fourth child, and each had two girls and a boy already.

The nursing staff made sure the sisters shared a room, which they appreciated. “It was so much fun to be in the same room, with newborns,” Avital said.

The hospital noted that a similar event occurred in 1997.