‘Wokeness’ is Enemy No. 1 at a conservative Jewish conference 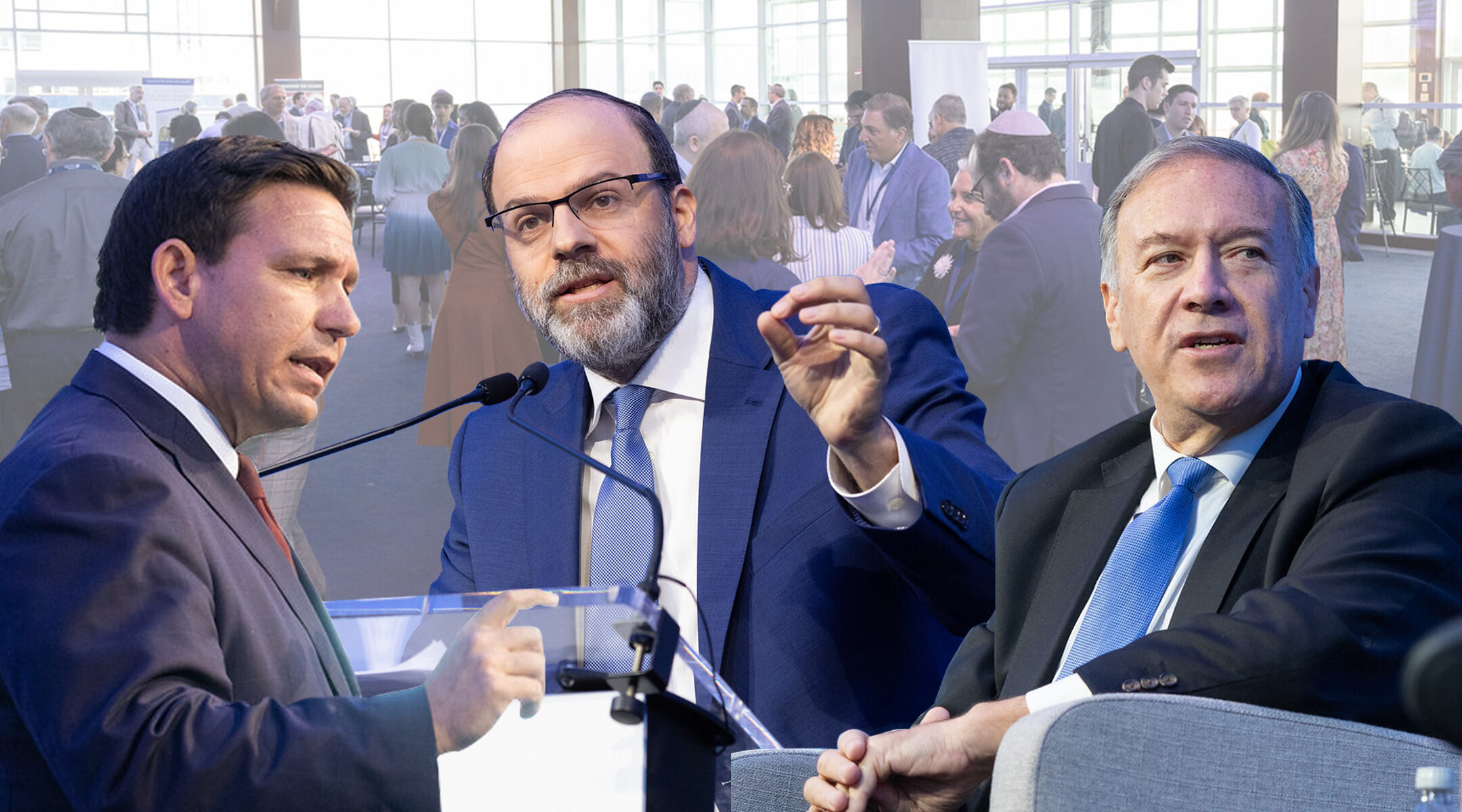 (New York Jewish Week) — When Florida Gov. Ron DeSantis spoke to a conference of Jewish conservatives in New York on Sunday, he leaned heavily into the themes that have put him on the short list of likely 2024 Republican presidential contenders: His targets included transgender rights, Critical Race Theory and, above all, “wokeness,” which he called “a cancer” that will ultimately destroy the U.S. if unchecked.

That speech earned him hearty applause from the 700 people who attended the Jewish Leadership Conference, hosted by the Tikvah Fund. Where similar gatherings of right-of-center Jews have tended to focus on defending Israel and public funding for private schooling, the Tikvah conference schedule leaned heavily into the culture wars.

Throughout the daylong event held at Chelsea Piers, multiple speakers said that “wokeness” threatens to destroy the very foundations that Judaism and America have been built upon.

Speakers offered various definitions of “wokeness,” although the consensus was that it is a far-left ideology that promotes gay and transgender rights, teaches about race in ways that undermine patriotism, and seeks the “cancellation” of those with opposing ideas.

In a panel entitled “How To Fight Back Against Wokeness,” New York Post columnist John Podhoretz ridiculed a teacher who listed their pronouns in an email, which caused the room to erupt in laughter.

“You’re getting an email where your kid’s teacher has pronouns that don’t even make internal sense,” Podhoretz said. “Phil Smith, He/They. What does that mean? She/They. They and Them. It doesn’t make any sense.”

In a panel discussing wokeness, @nypost columnist @jpodhoretz gets confused about pronouns. pic.twitter.com/OaBJuj2xPT

On the same panel, former New York Times editor Bari Weiss — who left her high-profile position due to what she called “bullying” and an “illiberal environment” and now runs a newsletter dedicated, in part, to exposing how progressives have stifled free speech — said that woke ideology is an attempt to undermine “what it means to live in America.”

“What it stipulates is that we are not ourselves,” Weiss said. “We are not to judge people based on their merit and character, but on the lane that we are born into — their racial lane, their sexual orientation lane, the lane of their gender and zip code. Once you’re in that lane, you’re not allowed to leave it.”

She called cancel culture “the justice system of this un-American revolution” and that due process and equality are now “up for grabs.”

“If you don’t go along with it, you’re a bigot,” Weiss said. “It tries to uproot the very foundations that have made this country so exceptional.”

Certainly, Israel was on the day’s agenda.

“The age of Jewish liberalism is ending,” Tikvah Fund CEO Eric Cohen said in his opening remarks. He added that conservatism is good for the Jews, as it fights for religious freedom, school choice and an independent Jewish state.

Still that fight — including efforts to combat campus campaigns to boycott Israel — also appeared to be waged under the banner of anti-“wokeness.”

In a discussion titled “What is Conservatism?” Israeli philosopher Yoram Hazony came perhaps the closest to explaining why conservatives think “wokeness” threatens support for Israel, fosters antisemitism and threatens Jewish well-being in general.

He said that there is a “ferocious competition” in what values will succeed classic liberalism in the West. He warned that “woke” ideology is the most successful at the moment — and that’s not a good thing. “It is extremely hostile to God and scripture,” Hazony said. “To tradition of any kind, to Christianity and to Judaism, and to the independent nation state of Israel.”

In a speech titled “Israel, America and the Middle East,” former Israeli Ambassador to the United States Ron Dermer spoke out against the few dozen protestors who picketed DeSantis’s appearance at the conference, mostly over legislation he has pushed to limit classroom discussions of LGBTQ issues. Dermer said the protesters were angry about “a position [DeSantis] has on whether or not you should teach transgenderism to 8-year-olds.”

For the protesters, however, what the conference speakers derided as “wokeness” was the struggle for social justice and human dignity. Sophie Ellman-Golan, communications director for Jews for Racial & Economic Justice, a left-wing group, told the New York Jewish Week that language coming from a Jewish conference ridiculing the LGBTQ community is “surreal.”

“Nazis went on the attack specifically against queer and trans people,” Ellman-Golan said. “It’s disgusting to see Jews go along with this.”

This type of language is a “specific effort to make it impossible for trans and queer people to exist,” she added.

However, one attendee, Ruth Freeman, who flew in from Chicago, said DeSantis’s speech felt “political.”

“I felt like he was campaigning,” Freeman told the New York Jewish Week. “It was a little bit of a laundry list of everything he’s done in Florida.”

Although the majority of those in attendance appeared to be age 50 and older, the conference seemed to focus on cultivating conservative values for a younger generation. The Tikvah Fund, whose board of directors includes a number of prominent Jewish conservative philanthropists and former Republican officials, runs summer fellowships for high school and college students, an Israel-based program for yeshiva students and public policy seminars for “accomplished professionals.”

Cohen noted in his opening remarks that nearly 100 student leaders and young professionals were in attendance, calling them “the heart and soul of the Tikvah project.”

“These young people are models of Jewish promise and Jewish courage, especially in the great battles that are now underway in our colleges and universities,” he said.

In an email sent out to attendees after the conference, he wrote that “educating the rising generation of Jewish leaders” is Tikvah’s core purpose.

In his roughly 30-minute speech, DeSantis called out teachers who allowed their kids to change their gender pronouns, spoke out against Critical Race Theory and how it is “distorting history” and joked that he couldn’t accept the idea that a man can get pregnant.

‘We are not going to teach our kids to hate our country,’ he said. pic.twitter.com/a8wLVIvVBs

In another speech that also felt like the start of a presidential campaign, former Secretary of State Mike Pompeo discussed a wide range of topics, from building relationships with Arab countries to the threat of the Chinese Communist Party.

“When Pompeo spoke, he was being political, but more nuanced,” Freeman said.