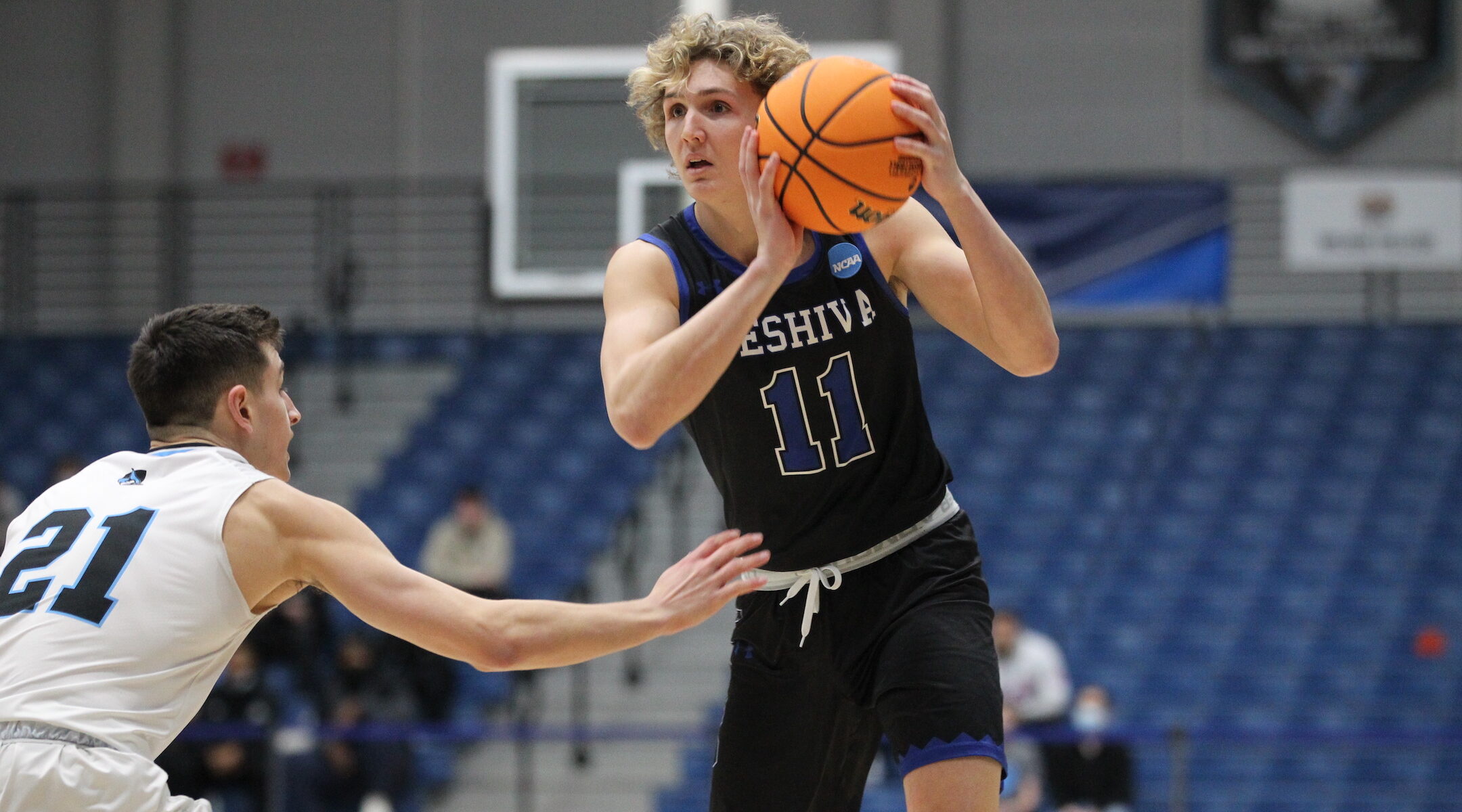 (New York Jewish Week) — Yeshiva University star basketball player Ryan Turell was not selected in Thursday’s NBA Draft, putting his dream of being the first Orthodox Jewish player in the league on hold.

According to ESPN, Turell is mulling his options, including a move to Israel or the NBA’s minor league organization.

Yeshiva University's Ryan Turell will not play summer league as he's yet to be cleared from injury, a source told ESPN. Currently debating options professionally in Israel or in the G League for next season.

Turell had been set to appear at the NBA’s G League combine in May, a scouting showcase for prospects who were not invited to the main NBA Draft event, but he sustained an injury during a workout that forced him to drop out. The injury will now keep him out of the NBA’s Summer League in Las Vegas next month as well.

Though Turell’s draft chances were viewed as slim — he did not appear in mock drafts from ESPN or other major sports sites — his resume remains impressive.

The Los Angeles native was the Division III player of the year, shooting 59% overall and 47% from three-point range, which is well above the NBA average.

Turell also led the Maccabees to their second consecutive Skyline Conference Championship, earning a No. 1 national Division III ranking and winning an NCAA-best 50 straight games along the way.

The 6-foot-7 guard knows he has an uphill battle. But as he told JTA back in March, he won’t be discouraged.

“They just motivate me to work even harder,” he said.