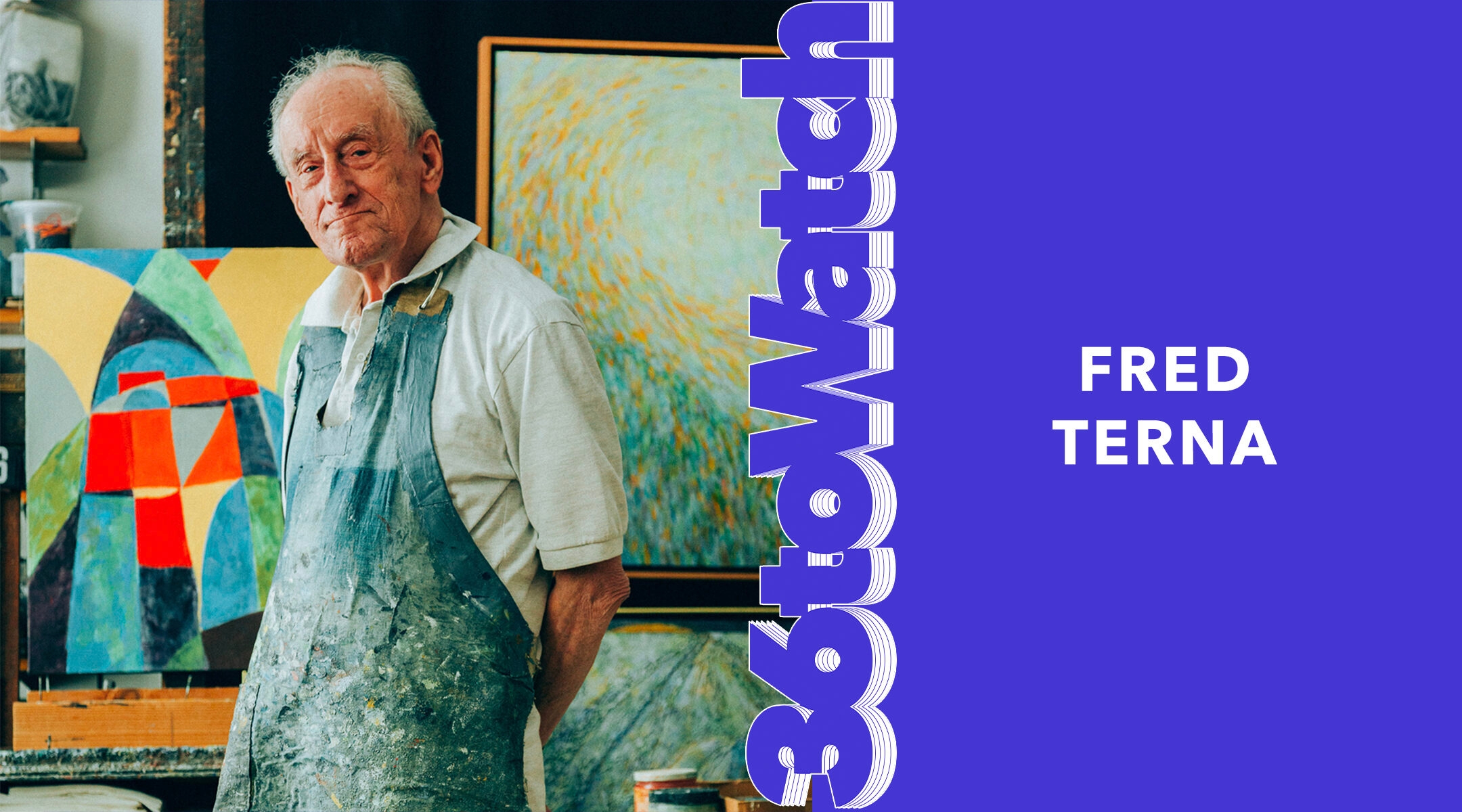 Frederick Terna, a Holocaust survivor and painter, was selected as one of the New York Jewish Week’s 36 to Watch (formerly 36 Under 36). This distinction honors leaders, entrepreneurs and changemakers who are making a difference in New York’s Jewish community. Born in Prague in 1923, he survived four concentration camps. His work has been collected by the Smithsonian Institution in Washington, D.C., the Albertina Collection in Vienna and Yad Vashem in Jerusalem. Terna lives and still works in Brooklyn.

New York Jewish Week: In a few sentences, tell us about the work you do and any outstanding accomplishments.

Terna: I have been an artist since being imprisoned in Terezin. Most of my work has some biblical reference, including stained glass windows in a synagogue in Panama and our own shul, the Kane Street Synagogue. I was president of the the Jewish Visual Artists Association from 1978 to 1981. I have also been an active speaker on the Holocaust in high schools and also an active participant in Witness Theatre.

What’s a fun/surprising fact about you?

That I’m still around.