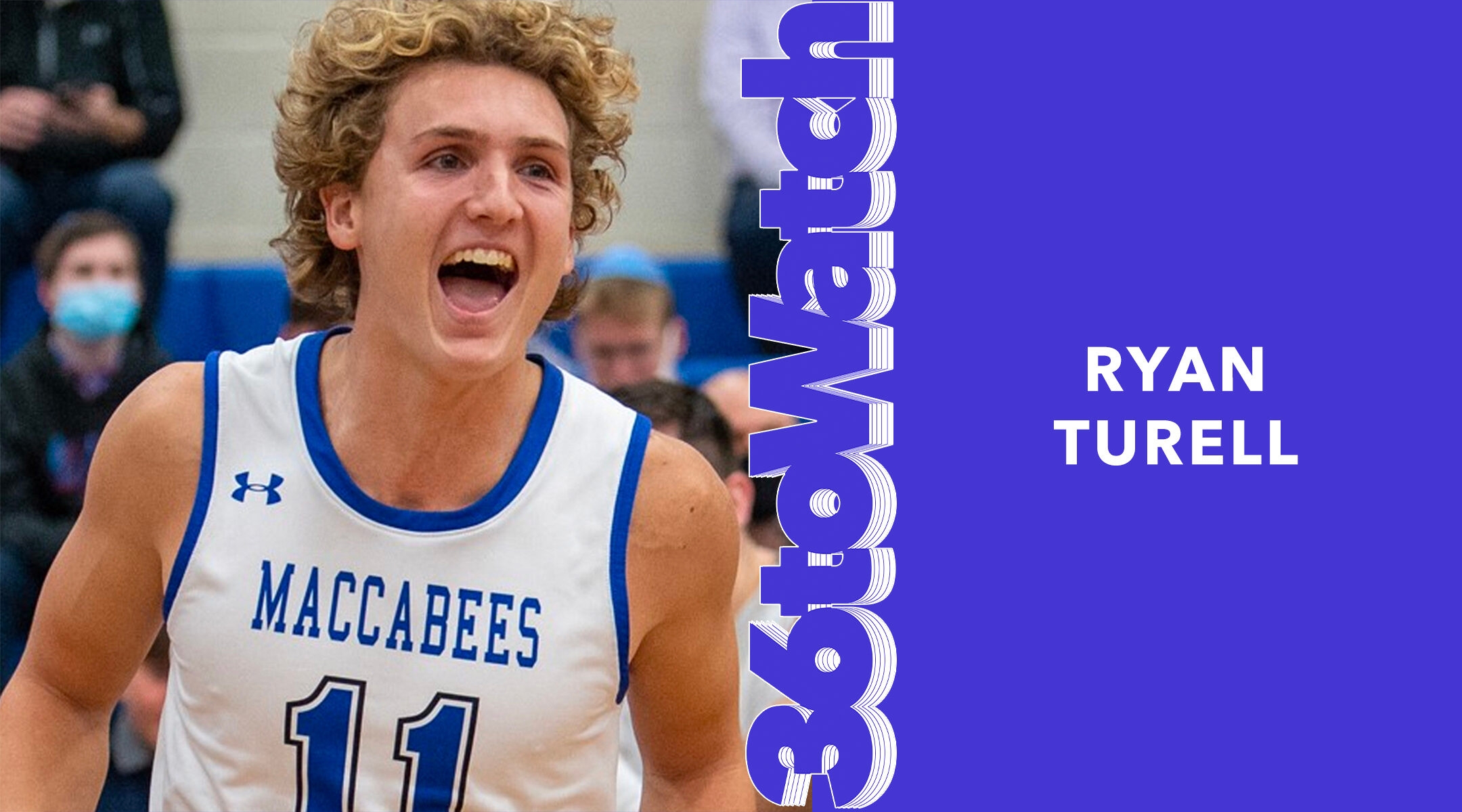 Ryan Turell, named the 2022 NCAA Division III Men’s Basketball Player of the Year, was selected as one of the New York Jewish Week’s 36 to Watch (formerly 36 Under 36). This distinction honors leaders, entrepreneurs and changemakers who are making a difference in New York’s Jewish community. In the 2021-22 season, he helped lead the Yeshiva University men’s basketball team, the Maccabees, to an NCAA best 50-game winning streak and #1 national ranking. Turell, whose home town is Los Angeles, lives in Washington Heights.

New York Jewish Week: Tell us a little bit about your accomplishments.

Turell: I am among the most decorated basketball players in Division III history. I was named the 2022 NCAA Division III Men’s Basketball Player of the Year by the National Association of Basketball Coaches and am the only player to ever be named a three-time First Team All American and lead all divisions of the NCAA in scoring. But my greatest accomplishment is being a role model for young Jewish children, turning down Division I scholarship opportunities to demonstrate that they can follow their goals in life and still stay true to their religious beliefs. My hope is to become the first Orthodox Jew to play in the NBA.

My decision to attend Yeshiva University and the pride and love of sport we received representing not only a university, but the Jewish people worldwide.

What’s a fun or surprising fact about you?

It’s what you do when no one is watching.