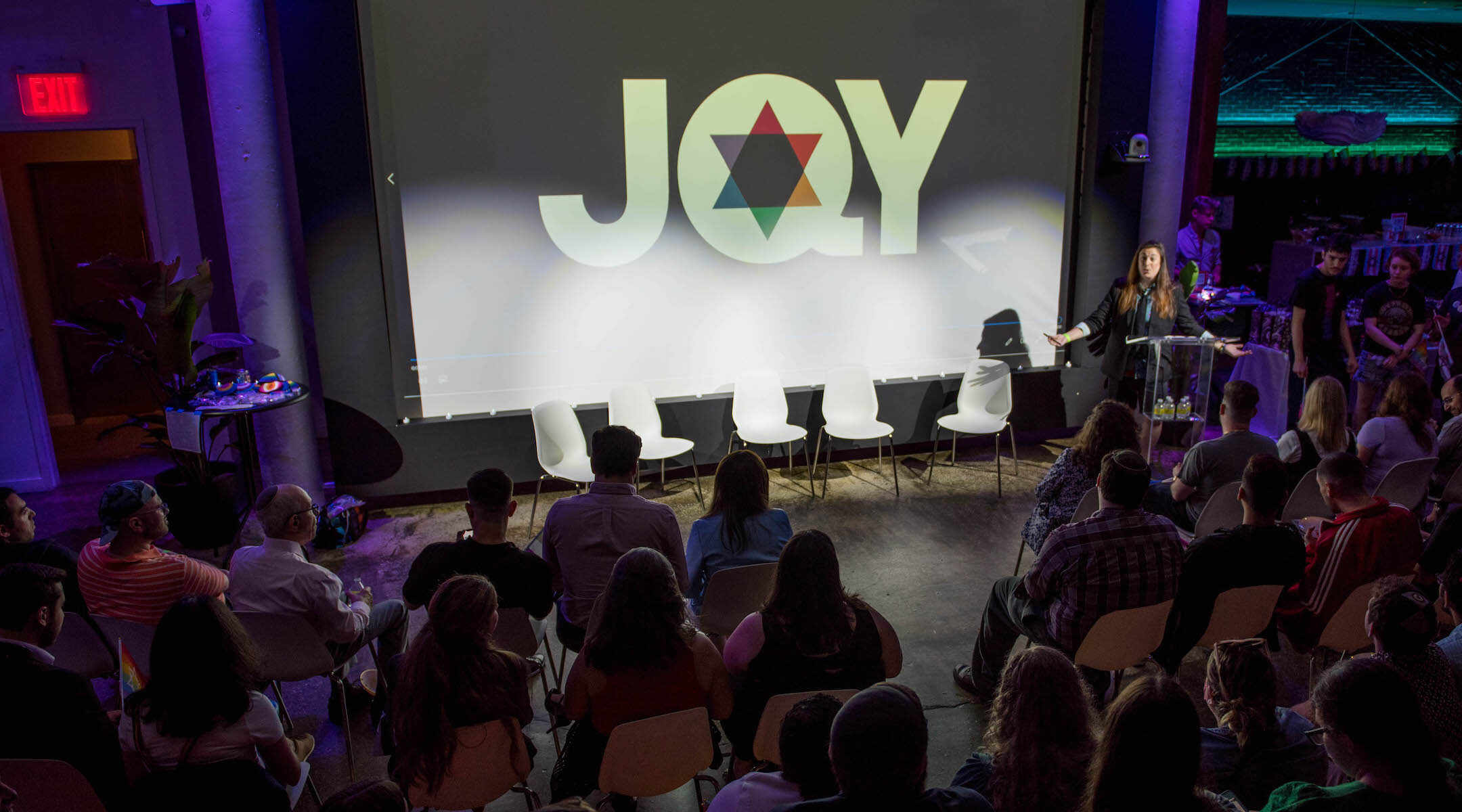 (New York Jewish Week) – During his senior year, Yitzi Halberstam was one of the only out students at his Orthodox high school, Marsha Stern Talmudical Academy in Manhattan.

He came out as bisexual last summer, and as he puts it, “The second I figured out I was bisexual, I wanted to tell everyone. I wasn’t going to miss out on an opportunity to piss people in power off.”

Halberstam was half-joking, and he admitted that the boys and rabbis at his school were mostly accepting of his identity — at worst, he said, freshmen would come up to him and ask inappropriate questions. At best, underclassmen have stopped him in the hallways to thank him for his advocacy.

Halberstam and his friends wanted to start a Pride Club for queer-identifying students. According to him, that idea was barred, though administrators compromised to allow a general advocacy club, which wouldn’t specify that the members were queer-identifying. But when Halberstam adorned his booth with a Pride Flag to recruit members at the high school’s annual club fair, he says the administration once again got cold feet.

For many queer high school students who attend Orthodox schools, both co-ed and single-gender, this is a common experience. LGBTQ or Gay-Straight Alliance clubs have operated unofficially, without administrative support; in nearly all Orthodox interpretations of Jewish law, homosexuality is forbidden.

Halberstam and his classmates shared their experience last week at an event called “Pride=Nachas,” held by the organization Jewish Queer Youth to raise funds and celebrate. The June 23 event, held at an event space in the Flatiron District, was JQY’s first time inviting queer-identifying Orthodox youth to freely critique and celebrate the culture at their schools.

“It really does mean a lot to me to be able to speak and be able to represent our experiences,” said Halberstam, 17. “There are so many people that have done so many great things within the LGBTQ community, and being able to be counted among one of them doing a similar kind of thing is really meaningful and impactful to me.”

“One of the things that I’m always surprised about is how much these teens are taking in and trying to understand a world that’s often unfair, and even so, they are not discouraged,” said Mordechai Levovitz, the founder and clinical director of Jewish Queer Youth. “Regardless of all the negative messages, regardless of all the assumptions that are happening, they are able to say, ‘I still believe that this is a place for me. I still believe there’s a future for me, I still believe that I deserve what other teens deserve.’”

Levovitz founded JQY in 2001 as an informal meet-up for LGBT students at Yeshiva University, which soon led to a 500-person email listserv that dispensed resources and support.

In 2010, the group became an official nonprofit organization, and since has been expanding to support teenagers and college-aged Orthodox students in New York and the tri-state area. In December, the organization received a $1 million donation from Toronto-based real estate developer Paul Austin and his partner, Dalip Girdhar, to help expand its programming and staff its crisis helpline in other cities. 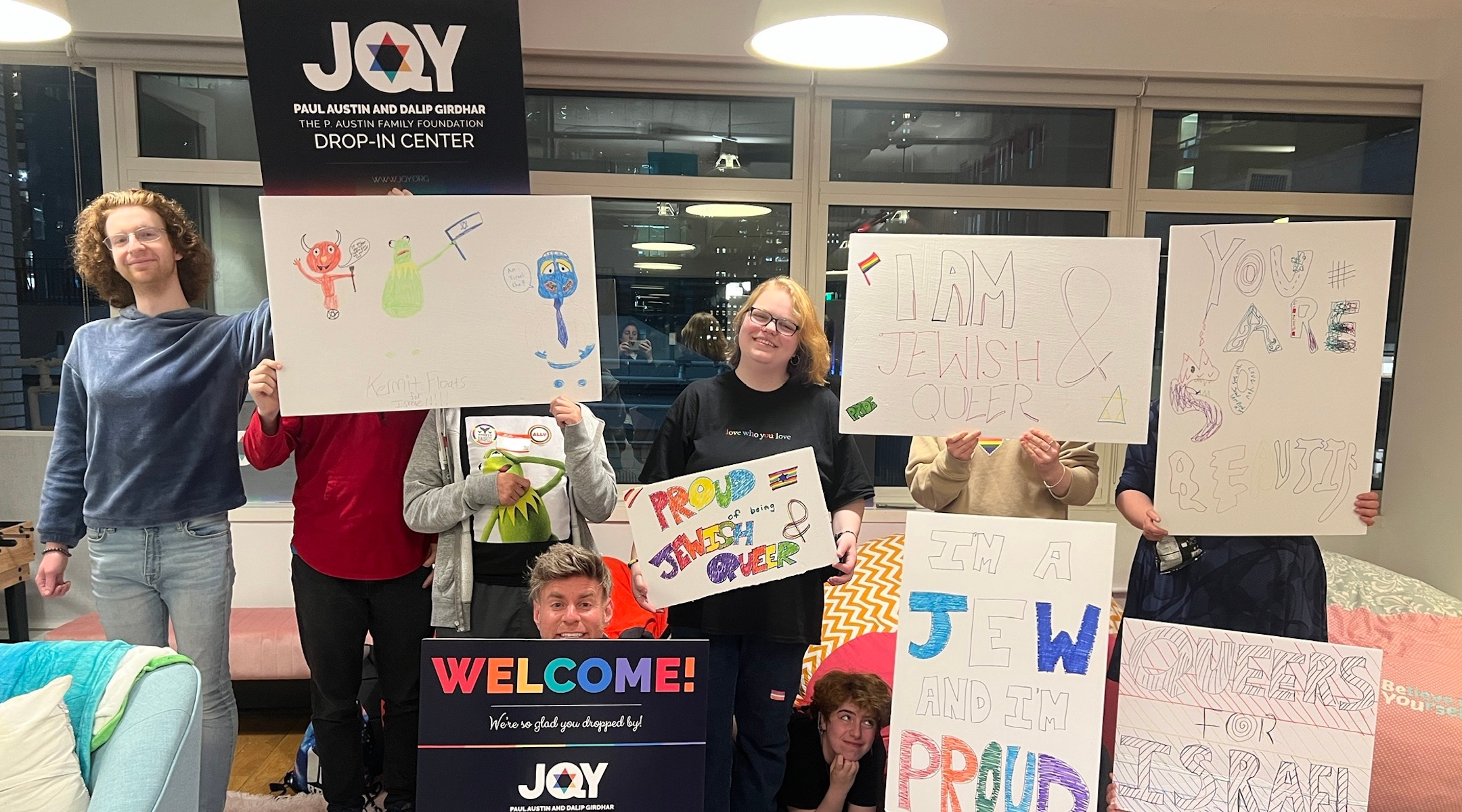 The “Drop-In Center” is a staple of JQY, where participants can come to speak to a social worker, enjoy a Kosher meal and hang out with friends.(Courtesy JQY)

The teens were open and excited to share their experiences — even occasionally cracking jokes at their own expense as they discussed how JQY has affected their lives.

“When I first came to a JQY event, I was shocked. I was no longer the gayest person in the room,” one panelist laughed. “I wasn’t alone anymore.”

The in-person audience of about 200 people roared with laughter and listened intently as the students recounted what their high school experience has been like — from the supportive reactions of their friends to the occasionally uninformed assumptions from their teachers and rabbis.

“After I spoke, I had multiple trans adults come up to me to tell me that when they were my age and they were in a religious school, they didn’t have the opportunities that I had. They were so glad that I’m getting these opportunities,” said F., a 15-year-old panelist who recently came out as transgender and spoke on the condition of anonymity. “It actually made me really emotional. I’m very glad that I get these opportunities. It gives me hope that I’m going to make it.”

JQY often functions as the Pride Club experience that the students are missing at their schools. “Many Orthodox schools are not not willing to have official clubs or community-building types of groups that are LGBTQ-related,” said Rachael Fried, the group’s executive director. “We have become the ‘Official, Unofficial Pride Club’ for them.”

That’s why a major goal of JQY is to support the establishment and growth of pride clubs. At last year’s Pride=Nachas event, the group honored the YU Pride Alliance; earlier this month, a New York State Supreme judge ruled that the group must be officially recognized by Yeshiva University. JQY considers the ruling a major win — and a hopeful template for other schools.

But an even higher goal is to ensure the safety of the teenagers that seek JQY out, Levovitz said. The group, he said “is less about an agenda of changing minds and more about an agenda of making sure that these kids make it to adulthood so that they can make the decisions about their lives that everyone should be able to make as adults.”

Everyone finds JQY in their own way — some, like F., saw the organization featured in a YouTube video. Others heard about the group through mutual friends that had attended events at the JQY “drop-in center,” a weekly meeting, meal and activity in Manhattan where students are able to make friends, talk to social workers and be themselves. Still more were led to JQY by their parents, who wanted their kids to be able to find a place of support after coming out.

JQY also tries to empower their young members to go out and live their most authentic lives. For Halberstam, that meant becoming an outspoken advocate for other queer Orthodox students. Not only was he eager to speak on the panel, but he also organizes group Ubers and train rides to after-school meetings every Thursday in Midtown. 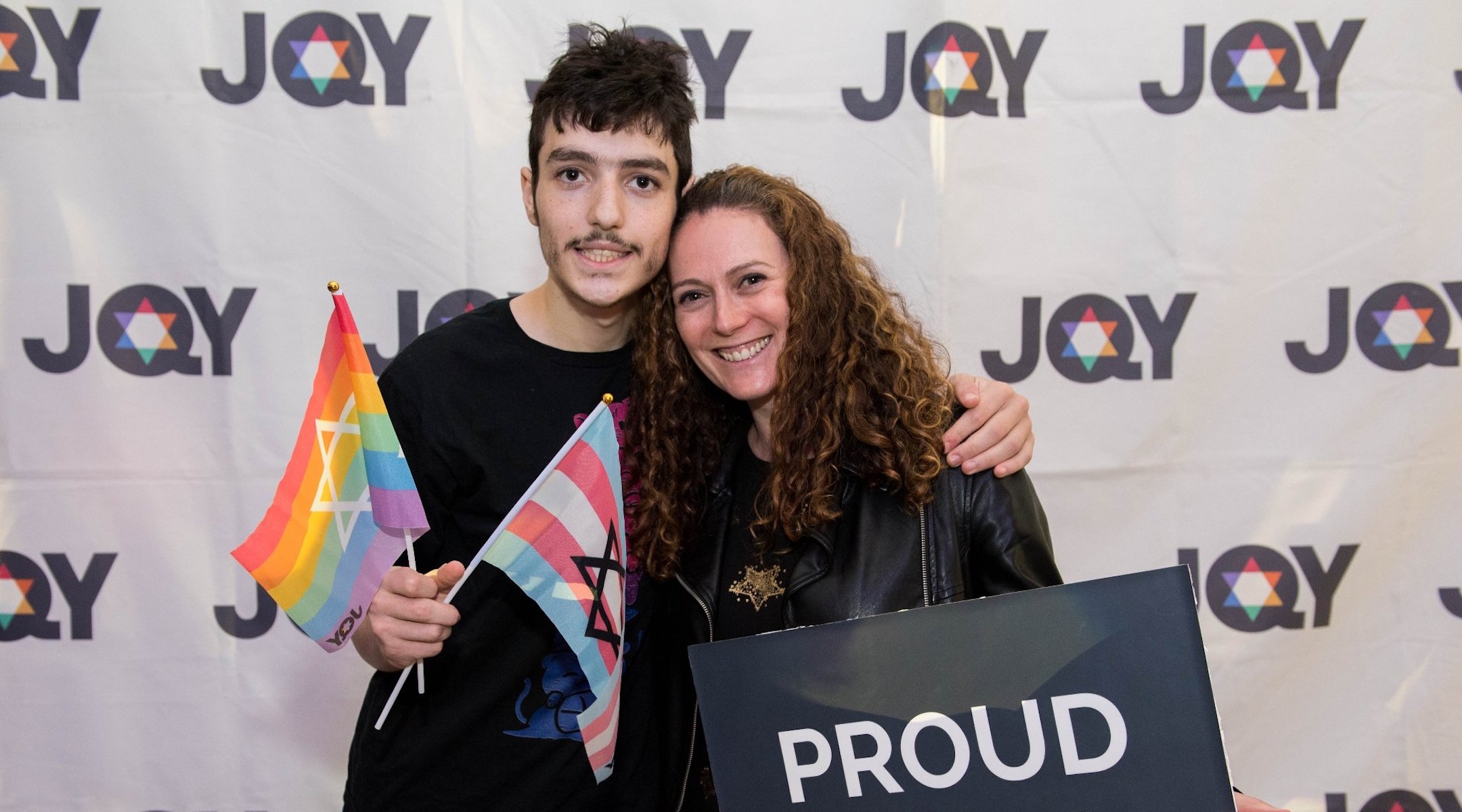 “The impact has been amazing,” Halberstam said. “Just being able to have that resource there and being able to get involved with a community like this in my area has been amazing for me and my friends. In the Ubers back home from the drop-ins, we always talk about what it means to be able to be in a space like that, have each other and hang out together. It’s made everything so much better for a year that could have been really bad.”

With the help of his mother and support of JQY, Halberstam has also been able to organize activities for queer-friendly students at his school, including picnics, bowling events and even a Shabbaton at his home.

Finally, JQY offers its teens a place to explore their Judaism as it intersects with their identity.

Ben Small, who graduated this year from SAR High School in the Bronx, said his experience with JQY has been “life-changing,” giving him the chance to embrace being Jewish and queer at the same time.

“If you asked me when I came out to the world 16 months ago how I wanted to live a gay life, my answer would have been very low-key,” Small said. But after he started coming to more JQY events and even interning with the organization last summer, his answer has changed, and he has been more outspoken about his identity.

“I feel so much more empowered as an advocate, recognizing the power and the platform that I have at my school to speak up,” said Small, who plans to attend Yeshivat Ma’ale Gilboa on a gap year in Israel next year.

SAR High School is one of the only Modern Orthodox schools that sanctions an official Gay-Straight Alliance — a club that JQY helped advocate and consulted with the school when it formed last year.

The club and issues of sexuality “are complex in the Orthodox community,” SAR High School Principal Jonathan Kroll told the New York Jewish Week by email. He said he and other administrators wanted to be “clear-eyed about balancing the heteronormative nature of our community with our belief that the Orthodox community must be a place for all Jews regardless of gender or sexual orientation.”

“We wanted to create an environment that let our gay students know that they were not just being tolerated in our community but welcomed and embraced,” he said. “Straight students in our school are very supportive and welcoming of gay students but they are interested in discussing how this fits in with Jewish law and tradition. The school welcomes that challenge.”

For F., the club has allowed him to realize that he may not want to stay in his specific Orthodox community as an adult.

“I will always love my identity as a Jewish person, but I don’t think that this community will work out for me in the long run,” he said.